A gentle paddle to see the castle built by Henry VIII was what we had expected. Instead, my husband, our three teens and I, who have signed up for a two-hour excursion from the Hampshire village of Keyhaven, are battling through high winds on the Solent.

We are on paddleboards and it’s a struggle to stay upright, let alone dodge the moored boats bobbing in the harbour.

‘Don’t panic,’ instructs our guide, Jan. ‘Turn by doing big, sweeping strokes with your paddle from the front of your board to the back.’ In the unexpected gusts, I plunge my paddle into the water, curse, sweep, and narrowly avoid colliding with a 20ft yacht.

The quay and lighthouse at Hurst Spit on the Solent, one of many intriguing places to visit in the New Forest area

Until this year, summer holidays with twins Nathalie and Gabriel, 17, and Hannah, 15, were largely spent abroad, but the pandemic has changed all that.

So, we’ve come to the New Forest — and how lovely it is to pack up the car and simply drive two hours to get here.

The New Forest is so famous for its free-roaming ponies and national park that many are unaware of its coastline. Go to the beach in Dorset’s Bournemouth (just down the road) and you’ll struggle to find space to lay your towel. Go to New Forest’s Barton-on-Sea and it’s remarkably crowd-free. 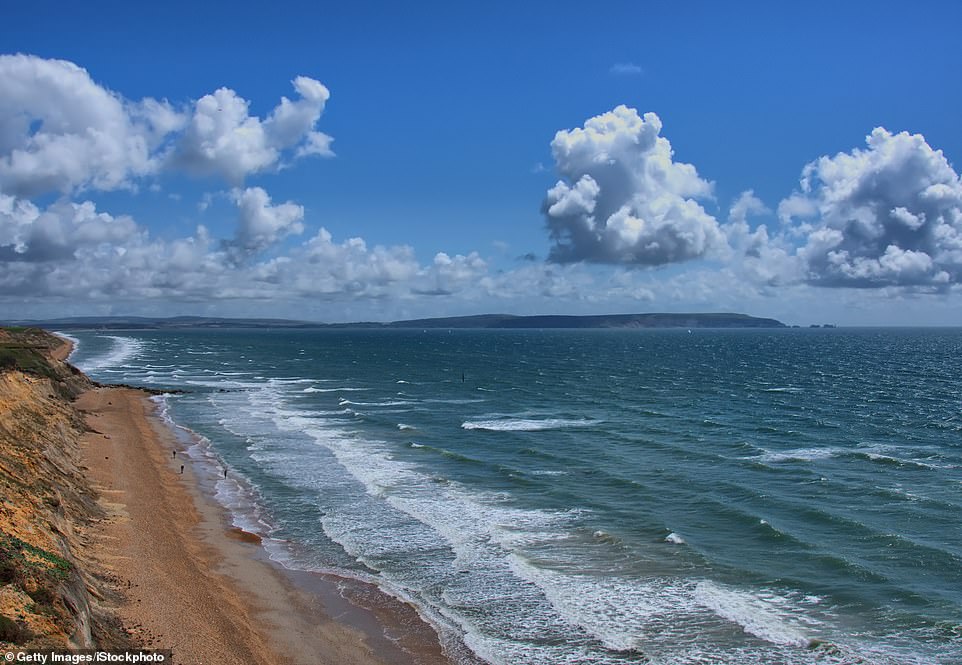 The region is also rich in history, as we discover when our paddleboards eventually take us to a protected spot, from where we’re able to glide with ease and catch our first glimpse of Hurst Castle.

Once there, we dry off and explore the keep. It’s undergone many changes since its construction in 1541, with ominous watchtowers added during World War II.

From its roof, we gaze across to the Isle of Wight, which is less than a mile away. It seems so close. ‘Reckon we could swim there?’ I ask my husband, Marc. He’s not convinced. 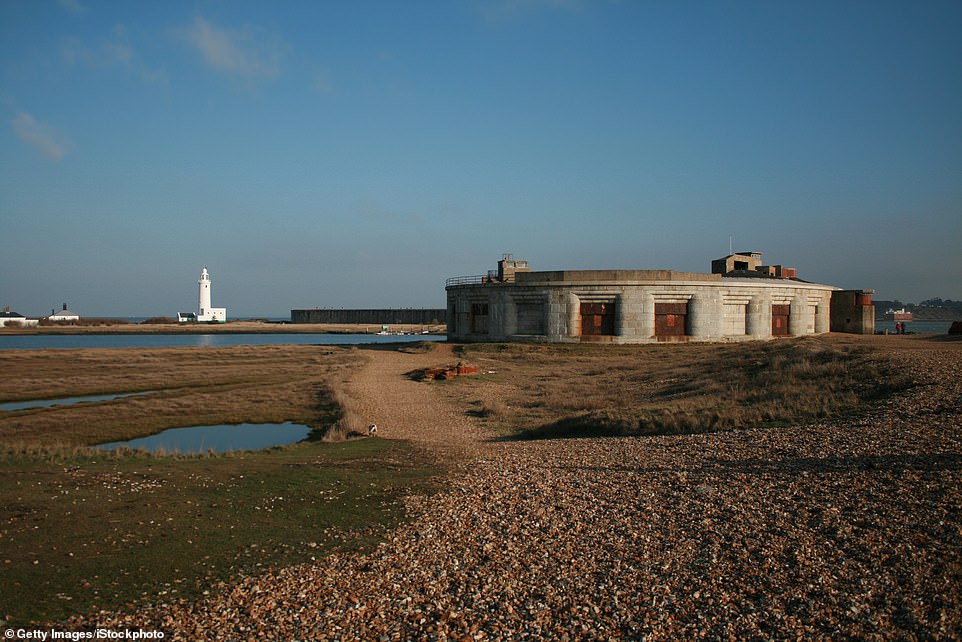 Our base is Summer Haven, the wing of a grand manor house set in a landscaped garden with a tennis court. The setting is so genteel it’s hard to believe that in the 1870s this was the residence of a religious cult.

We’re close to the beach, the forest, the supermarket, where we buy spit-roast chicken for dinner, and the farm shop, where we pick up fresh veggies to go with it. As we tuck in, we discuss how our paddleboard trip was on a par with the best of adventures we’ve experienced overseas.

The rest of our five-night stay is spent alternating beach time with playing tennis and discovering the national park. We go from paddle to pedal, hiring bicycles in Brockenhurst, the New Forest’s largest village. There are only three mountain bikes and a tandem left at the shop, so we take them and set off on the 15-mile ‘Rhinefield Ornamental’ car-free loop.

The scenery helps us forget that riding a bicycle made for two isn’t easy. Sunlight seeps between the towering redwoods bordering the trail, dappling the ferns on the forest floor. We cycle past cows and deer, as well as the wild ponies.

There are butterflies galore: the New Forest is a haven for around 55 per cent of all species found in the UK. 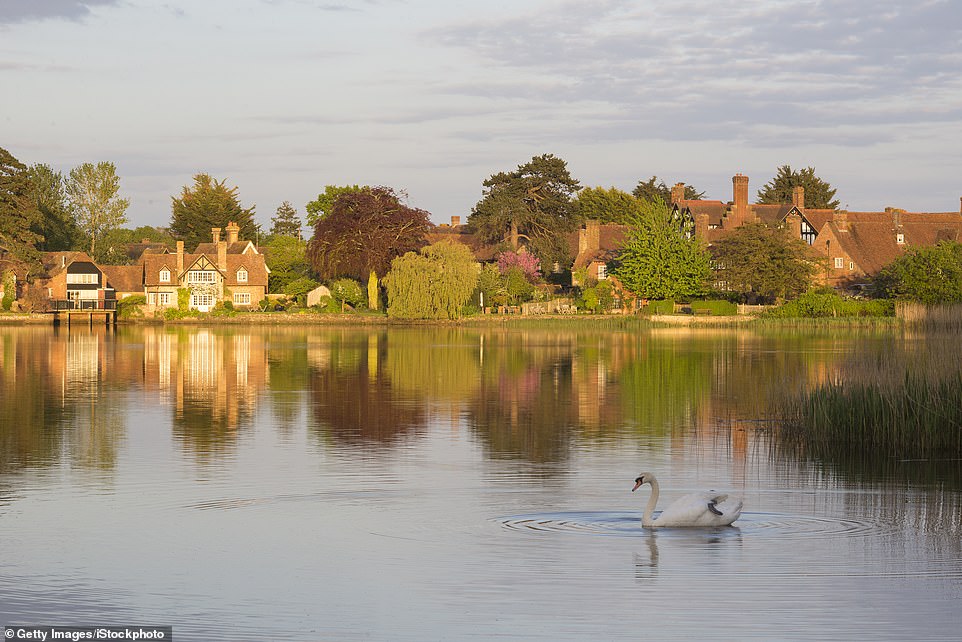 In 1204, French monks came and fell in love with the area, and it’s easy to see why. Evidence of their visit remains in the village of Beaulieu (beau lieu means beautiful place in French).

Keen for yet more adventure, we join a family canoeing excursion along Beaulieu’s namesake river, rowing beneath a bridge, past a thatched Tudor mansion once owned by the Babycham magnate (worth £4 million apparently), and towards a creek.

Our guide points out samphire growing on the riverbank: ‘A carrier bag full of that fetches around £150.’ We pick some. It’s a zingy mix of salt and crunch, and I resolve never to travel bag-less again. 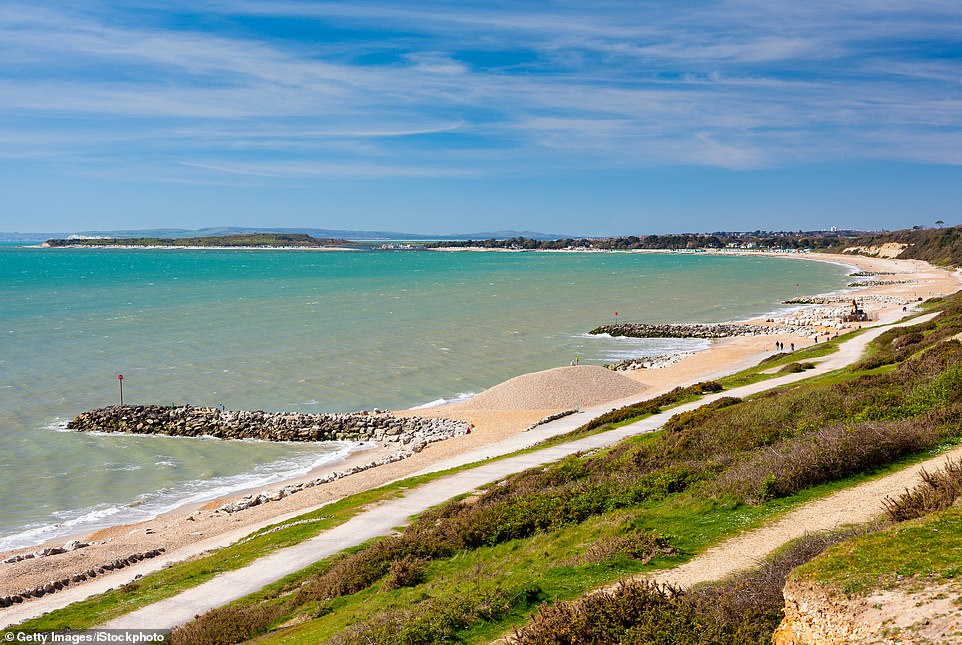 Highcliffe Beach in the sunshine. Jo and her family visited and found that it was blissfully empty

Our New Forest break had already exceeded expectations, but going to Highcliffe Beach on our last day trumps it all. We walk five minutes beyond the main drag and find a stretch of golden sand with hardly another soul in sight.

A beach no one seems to know about on the South Coast? This was before the current heatwave — but, even so, we’re astonished.

Discovering the joys of a holiday in the UK has come as a revelation to our family. We should have done this years ago.