Cardinal George Pell has filed for special leave to appeal against his child sex convictions to the High Court of Australia.

The disgraced Cardinal was returned to custody on August 21 after two of three Court of Appeal judges backed a jury decision to convict him of the sexual abuse of two choirboys.

A challenge to the High Court is the 78-year-old’s last avenue of appeal.

Pell was found guilty in December of orally raping a 13-year-old choirboy and sexually assaulting another 13-year-old boy, grabbing his genitalia in a hallway, at St Patrick’s Cathedral in Melbourne in 1996. 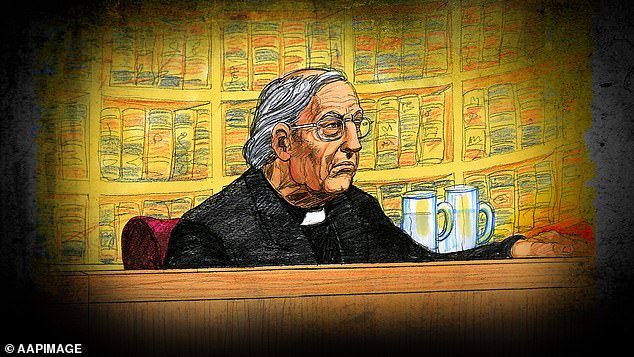 Only one victim was able to testify against Pell. The other died of a heroin overdose in 2014 and never reported the alleged abuse.

The man who testified said he felt ‘a responsibility to come forward’ after the second man’s funeral.

‘I gave a statement to the police because I was thinking of him and his family. I felt I should say what I saw and what happened to me.

‘I had experienced something terrible as a child, something that marked my life. I wanted at least some good to come of it.’

After his trial, the Cardinal was sentenced to six years with a non-parole period of three years and eight months.

Pell, 78, and his legal team had until Wednesday to file an application to the High Court, which on Tuesday confirmed it had received the application through its Melbourne registry.

The matter will be considered by a panel and either dismissed or the parties will be called to a brief hearing for further consideration.

The process can be lengthy, with the special leave application process taking anywhere up to six months.

If successful seeking leave, Pell’s lawyers will then lodge a full appeal with the High Court. 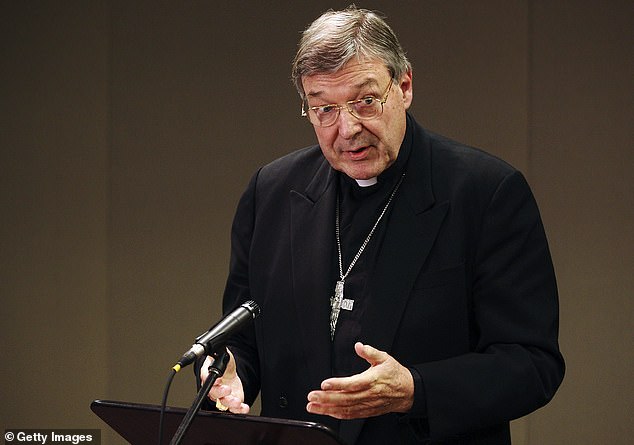 The High Court only hears a very small proportion of the cases petitioned to it – only accepting 65 of 430 cases in 2017-18.

Pell is the highest ranking member of the Catholic Church to be convicted of sex abuse, and continues to maintain his innocence.

The denial of Cardinal Pell’s appeal was decided by the chief justice of the Supreme Court of Victoria, Justice Anne Ferguson, president of the Court of Appeal Justice Chris Maxwell, and Justice Mark Weinberg.

Justices Ferguson and Maxwell both voted to uphold the conviction, while Justice Weinberg voted to partly grant Pell’s appeal.

It took them nine weeks to release their decision, which spanned 324 pages.

Justice Ferguson read out the reasons for the court’s decision, both those of the majority and dissenting justice Weinberg.

Justice Ferguson said when the unreasonableness ground is relied upon, the appeal court reviews the evidence as it was presented to the jury.

The appeal court asks itself whether it was ‘reasonably open to the jury’ to convict the accused. 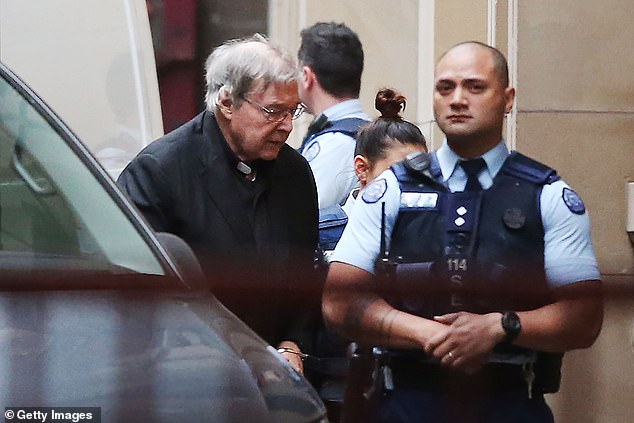 Pell (pictured in June) is the highest ranking member of the Catholic Church to be convicted of sex abuse, and continues to maintain his innocence

‘This was a compelling witness, clearly not a liar, not a fantasist and was a witness of truth.

‘We did not experience a doubt.

‘Throughout his evidence, the complainant came across as someone who was telling the truth. He did not seek to embellish his evidence or tailor it in a manner favourable to the prosecution.’

The pair noted some inconsistencies between witness accounts, but decided this was due to the passage of time.

On the other side, Justice Weinberg concluded the victim’s evidence ‘contained discrepancies, displayed inadequacies’ so as to cause him to have a doubt as to the applicant’s guilt.

‘He could not exclude as a reasonable possibility that some of what the complainant said was concocted, particularly in relation to the second incident,’ Justice Ferguson explained.

‘Justice Weinberg found that the complainant’s account of the second incident was entirely implausible and quite unconvincing.’

The dissenting justice said if the victim was the only one giving evidence about the first crime, he would have found it difficult to say the jury convicted unreasonably.

From allegations to sentence: A timeline of the George Pell case

* A second indecent act is committed by Pell against one of the choirboys in a corridor at the Cathedral, the same jury found.

* The Herald-Sun reports Pell is being investigated by Victoria Police’s Sano taskforce for ‘multiple offences’ committed while he was a priest in Ballarat and Archbishop of Melbourne.

* Pell says the allegations are ‘without foundation and utterly false’ and calls for an inquiry into how the police investigation became public.

* Victoria Police Chief Commissioner Graham Ashton asks the anti-corruption watchdog to investigate the leak, but denies it came from police.

* Pell gives evidence to the Royal Commission into Institutional Responses to Child Sexual Abuse in Ballarat.

* Under Vatican rules, Pell gives Pope Francis his resignation on his 75th birthday, as is customary. It is not accepted.

* Victoria Police investigators hand over to the state’s Office of Public Prosecutions a brief of evidence on allegations of sexual abuse by Pell.

* Officers travel to Rome to interview Pell over the abuse claims. He voluntarily participates in the interview.

* Police present their final brief of evidence to the Office of Public Prosecutions to consider charges.

* Prosecutors give police the green light to charge Pell.

* He denies the charges and vows to clear his name.

* Pell takes leave from his Vatican finance chief role to fight the charges.

* Supporters set up a fund to help Pell fight the charges.

* Prosecutors drop one of the charges against Pell.

* A month-long committal hearing begins to determine if Pell will face trial.

* Mr Richter claims police conducted a ‘get Pell operation’ and accuses magistrate Belinda Wallington of bias. She refuses to disqualify herself from the case.

* Ms Wallington orders Pell stand trial on some charges but throws out others.

* A Victorian County Court employee is sacked for looking up information on the Pell case.

* The 1990s ‘cathedral trial’ begins in the Victorian County Court in Melbourne.

* Pell pleads not guilty again to one charge of sexual penetration of a child under 16 and four of indecent acts with a child, over incidents involving two 13-year-old choirboys at St Patrick’s Cathedral in 1996.

* The jury is discharged, unable to reach a verdict following a week of deliberation. Some jurors weep.

* A retrial begins. The jury aren’t told of the previous hung jury.

* Pell is found guilty on all charges by an unanimous jury.

* Suppression orders prevent Australian media reporting the verdict but it spreads through international media within hours.

* Hearings begin ahead of the second trial. Prosecutors drop another charge

* An appeal is filed against the cathedral trial conviction.

* Prosecutors withdraw all remaining charges against Pell and drop a second trial over allegations Pell indecently assaulted boys in Ballarat in the 1970s when he was a parish priest.

* Pell is taken into custody on February 27 as the plea hearing begins.

* Pell is sentenced by County Court Chief Judge Peter Kidd to a maximum of six years in prison. He must serve at least three years and eight months in jail before being eligible for parole. He will be a registered sex offender for life.

* Court of Appeal considers Pell’s application to challenge his conviction on June 5 and 6.