Disgraced laywer Michael Avenatti is sentenced to an additional 14 YEARS

In a district court in Orange County on Monday Avenatti, 51, was also ordered to pay nearly $8million in restitution after admitting he secretly took settlement money paid to his clients and spent some of it to buy a private jet.

Judge James V. Selna said Avenatti’s sentence will run consecutively – or on top of – the five years he is already serving for convictions in New York for an extortion scheme against Nike, and for stealing from Daniels.

Federal prosecutors in Santa Ana had asked Selna to impose a 17-and-a-half year  term but Avenatti was trying to make the case that he should get six years.

He also argued, unsuccessfuly, that his new sentence run concurrent with the punishment he is already serving for the New York cases.

The prosecutors also accused Avenatti of bilking clients out of $12million, one of whom was a mentally ill paraplegic on disability. He argued that the true amount his clients lost was closer to $3.8million. 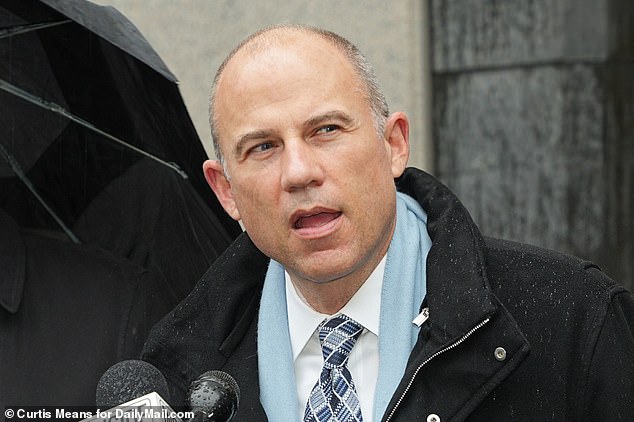 Michael Avenatti, 51, outside a Manhattan federal court after a jury found him guilty on wire fraud and identity theft 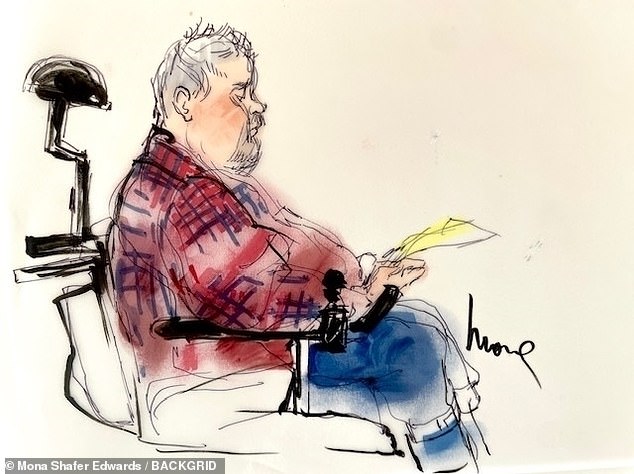 The lawyer represented him self during the trial, despite the fact that he had lost his law license, and wrote about himself in the third person in submissions to the court.

‘Defendant deserves just punishment for his crimes, including a prison sentence,’ Avenatti wrote in a memo to the judge.

‘He likewise deserves to lose his law license, his 22-year career, his assets, his countless personal and professional relationships, and his reputation, almost all of which have already been rightly taken from him,’ he went on.

Avenatti’s disabled client Geoffrey Ernest Johnson wrote in a statement to the court that the experience had left him heartbroken and unable to trust people, according to the LA Times.

He won a $4-million settlement of a suit against Los Angeles County, which was wired to Avenatti in January 2015. Avenatti kept the bulk of it and lied to Johnson about the settlement.

Prosecutors said that Avenatti collected $4 million from Los Angeles County on behalf of Johnson who suffered in-custody injuries and was left paraplegic after a suicide attempt.

Avenatti denied the settlement was received and paid the man smaller amounts ranging from $1,000 to $1,900 that he called advances on the broader settlement.

Johnson added: ‘I trusted him implicitly, I believed the things he told me, but it was all part of his plan to defraud me of my settlement.

‘To this day, I have a hard time trusting people because of what Michael did, and I live in constant fear of being taken advantage of again, particularly given my physical disability.’

Avenatti attended court in a prison uniform and sneakers. He told the judge that he never set out to con his clients.

‘Your honor, at no point in time did I set out to bilk my clients,’ he said, adding that he was ‘deeply remorseful and contrite.’ He later said: ‘I am not an evil or vile man.’ 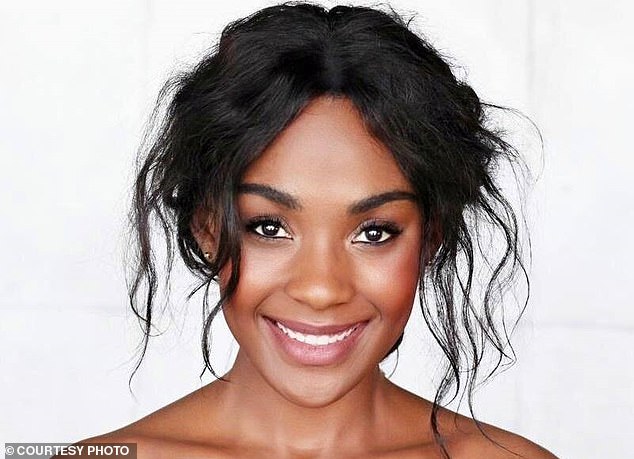 Avenatti admitted that he stole money from another client – Alexis Gardner (pictured), who was paid $2.75million by her ex-boyfriend and Miami Heat player Hassan Whiteside 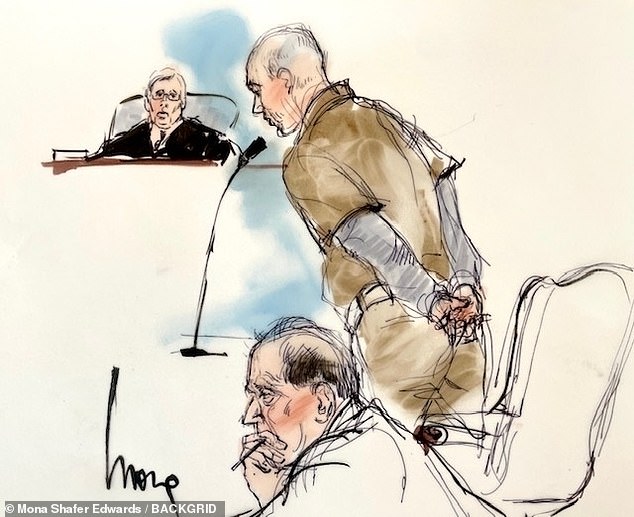 Before sentencing, Avenatti apologized to the four victims in the case, three of whom were in the courtroom 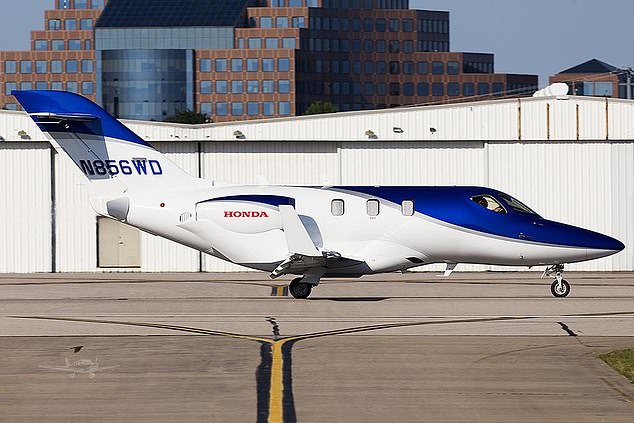 The disgraced lawyer spent $2.5million of Gardner’s money a share of an eight-seater Honda jet, which will now be confiscated by the government

During the trial Avenatti also admitted that he stole money from another client – Alexis Gardner, who was paid $2.75million by her ex-boyfriend and Miami Heat player Hassan Whiteside.

Gardner was a barista and an actress when she hired him to negotiate a settlement with Whiteside. It is unknown what she alleged.

It was $2.5million of Gardner’s money that he spent on a share of the eight-seater Honda jet, which will now be confiscated by the government.

Before sentencing, Avenatti apologized to the four victims in the case, three of whom were in the courtroom.

‘I am deeply remorseful and contrite,’ Avenatti said. ‘There is no doubt that all of them deserve much better, and I hope that someday they will accept my apologies and find it in their heart to forgive me.’

Prosecutor Brett Sagel told the court that Avenatti’s criminal conduct ‘arose from calculated choices and egregious violations of the trust’ his clients placed in him.

‘He didn’t turn to his criminal actions by desperation, by need, by the inability to do anything else,’ Sagel said. ‘Despite the significant advantages that this defendant had – a first-rate education, a thriving legal career – he chose to commit the deplorable acts in this case time and time again.’ 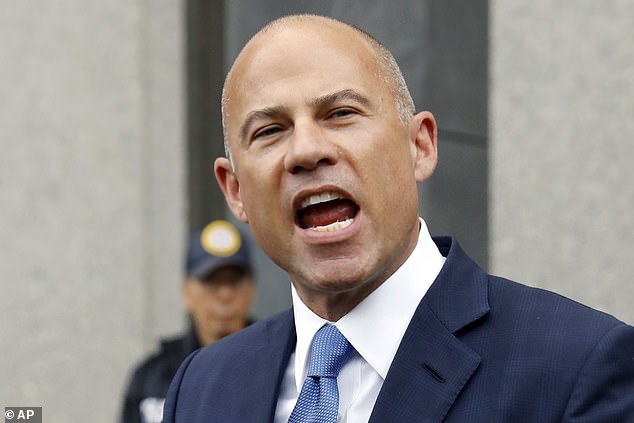 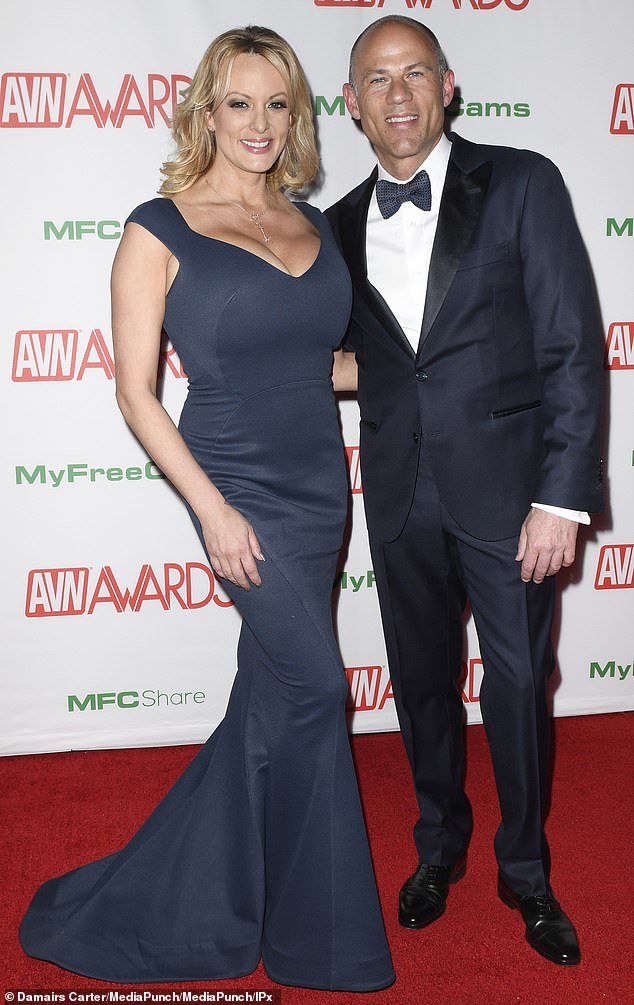 Avenatti pleaded guilty earlier this year to four counts of wire fraud and a tax-related charge without reaching a plea deal with federal prosecutors. He told the court he wanted to be accountable and spare his family further embarrassment.

He is now serving time in a Southern California prison on two separate cases. In one he was convicted of stealing book proceeds from Daniels and in the other of trying to extort Nike for $25million.

Avenatti represented Daniels in her lawsuit to break a confidentiality agreement with Trump to stay silent about an affair she said they had. Daniels became one of Trump’s leading adversaries, attacking him on news programs and Twitter.

The government dropped all other remaining charges against Avenatti stemming from a 36-count indictment.

Avenatti, who has been locked up most recently at a low-security prison in San Pedro was escorted into the court on Monday by US Marshals deputies.