Kevin Spacey has been spotted for a second time since staying out of the public eye for more than a year.

The disgraced double Oscar winner was seen on a balcony with his dog, lounging in track pants and a hooded sweatshirt.

This sighting comes after a disheveled Spacey was seen emerging from a rehearsal space Friday and making his way into a waiting minivan while dressed in sagging wind pants, unlaced shoes, a makeshift mask and an undershirt that strained to fit over his protruding gut.

He currently has no projects lined up except a scheduled appearance in Nantucket District Court next month to be arraigned on a charge of Indecent Assault and Battery.

This sightings comes days after he was seen leaving a rehearsal studio, looking more plump than he did in 2017

His lawyer filed a motion however on Friday asking the judge in that case to excuse his client from his own arraignment, with the spotlight-seeking Spacey suddenly hoping to keep a low profile after being accused of trying to ‘jack off’ a drunk teenager.

Spacey released a bizarre video at that start of last week, soon after it was revealed he had been criminally charged for a 2016 incident in Massachusetts

Spacey has looked far different than the last time he was seen in public back in December of 2017, though he was wearing the same pants.

In those photos, obtained exclusively by DailyMail.com, the actor was seen exercising at the Meadows Rehab Centre in Wickenburg, Arizona.

He was joined by Lowenstein at that time too, who prior to joining Spacey’s team managed to find brief fame with his brother as the pop duo Evan & Jaron.

The duo managed to score a single top 10 hit in 2000 with their saccharine single Crazy for This Girl, which was released the same year that Spacey won his second Oscar for American Beauty. 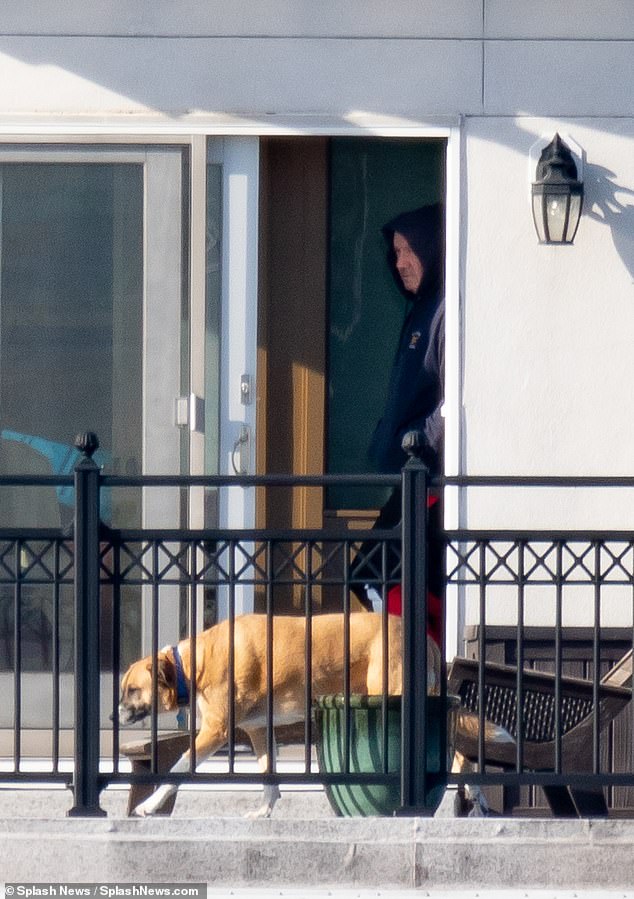 Spacey released a bizarre video at that start of the week, soon after it was revealed he had been criminally charged for a 2016 incident in Massachusetts 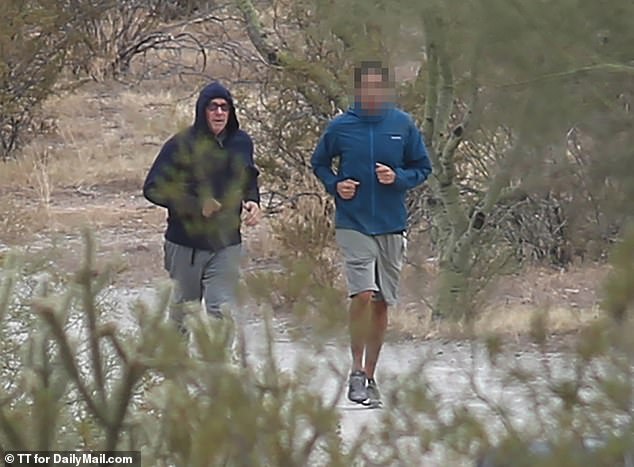 Spacey looked far different than the last time he was seen in public back in December of 2017 during a jog in Arizona (above with Lowenstein) , but he was wearing the same pants

Audio that was released from a hearing last week revealed that the young man who claims he was sexually assaulted by Spacey back in 2016 at a Nantucket bar did not film evidence of the actor groping him or touching him in an inappropriate manner.

In a court hearing on December 20, the actor’s lawyer tore apart a claim that there was damning video evidence after reading it in the police report filed by State Trooper Gerald Donovan.

The incident that spurred Spacey’s downfall allegedly took place at Spacey’s apartment in 1986 when the actor invited Anthony Rapp to a party while they were both appearing on Broadway.