‘My dog wouldn’t even do that’: Disgusting moment a man urinates on a crowded Sydney train during peak hour

Schoolkids were left horrified after witnessing a man brazenly urinating on a train during a peak hour commute.

Footage of the disgusting incident was captured by two students at 8.30am on Friday as their train neared Kingswood station in Sydney’s west.

The footage was then posted to a local Facebook group by their mum, who said her kids filmed the incident to expose the man for his ‘disgusting’ behaviour.

‘I am in total shock that this happened in peak hour on a Friday morning in front of children just going to school,’ she told News Corp.

‘The kids said they got on and he was laying across the seats asleep then got up urinated and went to another seat and passed back out.

‘It’s an absolutely disgusting thing to do – my dog wouldn’t even do that.’ 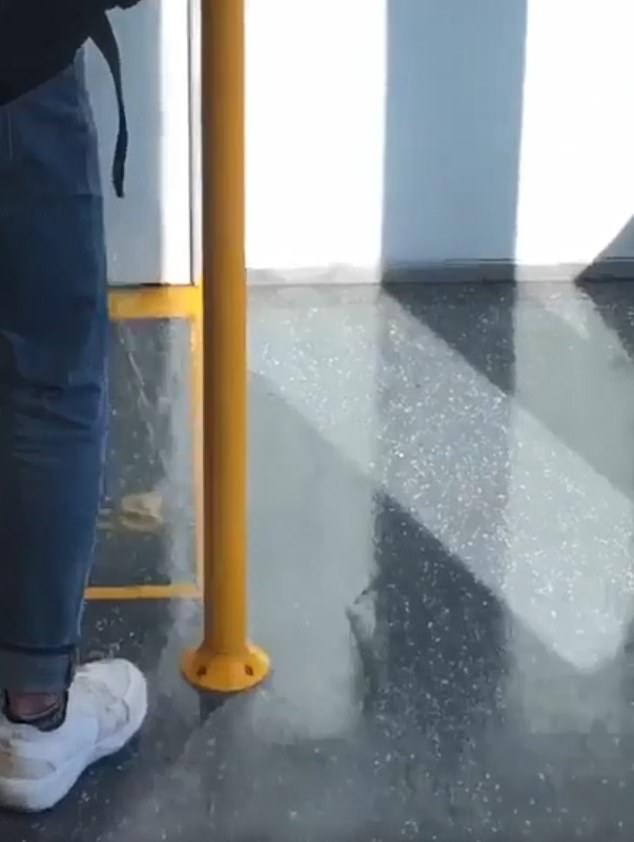 Footage of the event was captured by two students at 8.30am between Werrington and Kingswood stations in Sydney’s west this morning (pictured)

The mum said her children were shocked by the display of public urination.

The disturbing footage attracted dozens of comments condemning the man – who has yet to be identified.

The New South Wales penalty for urinating in public is $660 and/or three months in jail.