A newborn baby was burnt by a cigarette butt carelessly tossed into her pram by a smoker.

Sophia Harnaman, who is just five weeks old suffered serious blistering after she was injured by the butt which was thrown into her pram as she was pushed past a bus stop in Edinburgh.

Her mother, Amy Harnaman, 22, had just picked up her eldest daughter Eilidh from school along with her sister Chloe Martin. Ms Martin also had her own three-year-old son Cayden with her. 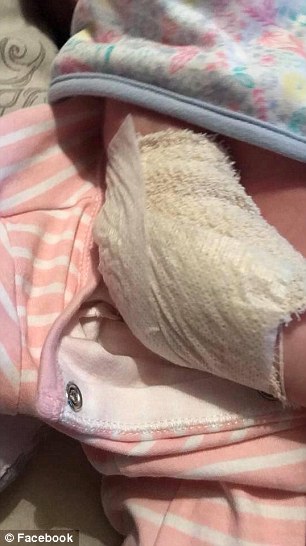 Five-month-old Sophia Harnaman, pictured, suffered a serious blister when a smoker tossed their cigarette butt into her pram as she was pushed along the street by her mother Amy, 22 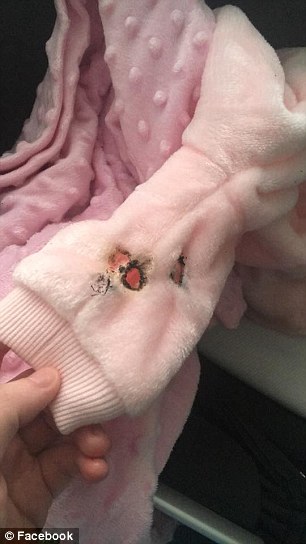 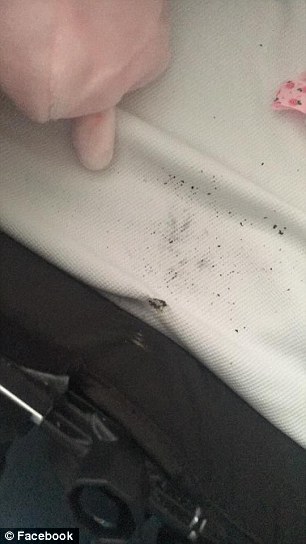 The child’s aunt, Ms Martin told the Daily Record: ‘We were walking with all the children in Clovenstone Road when we could smell smoke. A bus stop was ahead and we noticed that there were people smoking in the shelter.

‘We walked past it quickly and soon after my sister noticed something in Sophia’s pram. She soon realised it was a fag end, someone had flung it away carelessly and it landed on Sophia’s blanket.

‘It had burned right through and we started to panic.’

Ms Martin said her husband took everyone too the doctor for treatment. She said her niece Eilidh was scared having witnessed what happened to her younger sister.

She said the GP told them to head straight to the Accident and Emergency Department in the children’s hospital in Edinburgh.

Ms Martin said Eilidh is now afraid to walk past the bus stop and does not want to return to school as a result of the incident.

She said she now hoped smokers would be more considerate when disposing of their butts instead of tossing them into a child’s pram. 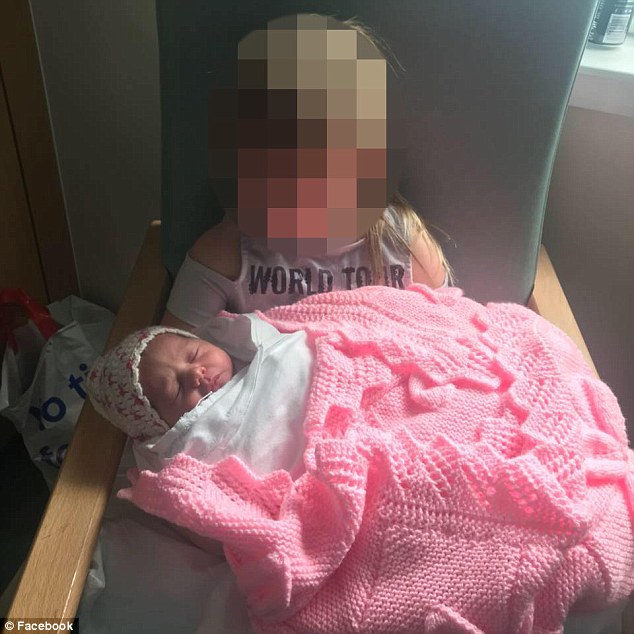 Sophia’s elder sister Eilidh, pictured, who witnessed the incident is afraid to walk past the bus stop in case someone flicks a cigarette butt at her