Disney CEO Bob Iger could earn up to $423million in compensation

Walt Disney Co-Chairman and Chief Executive Robert Iger stands to earn up to $423million over four years, according to a new analysis of a compensation package that has been rejected by shareholders.

Disney suffered a rare rebuke from its shareholders last week when a 52 per cent majority opposed the compensation of Iger, 67, and other executives in a non-binding vote that could encourage the board to tweak the pay package.

ISS Analytics, the data arm of proxy advisory firm Institutional Shareholder Services, estimated that if Iger hits maximum goals the package would make him the 12th-highest paid US CEO on an annual basis in the past 10 years.

Walt Disney Co-Chairman and Chief Executive Robert Iger (pictured in January) stands to earn up to $423 million over four years, according to a new analysis of a compensation package that has been rejected by shareholders

Disney did not put a total value on Iger’s pay package.

Markus Hansen, senior research analyst at Vontobel Asset Management, which had 2.4 million Disney shares at year-end, praised Iger’s performance but said the firm voted against the compensation with the view the four-year pay package could be too easy to collect.

Under a contract extension through 2021 Iger could receive the full value of $100 million in stock awards tied to a deal to buy film and television assets from Twenty-First Century Fox Inc even if Disney’s total shareholder returns are middle-of-the-pack versus other big companies. 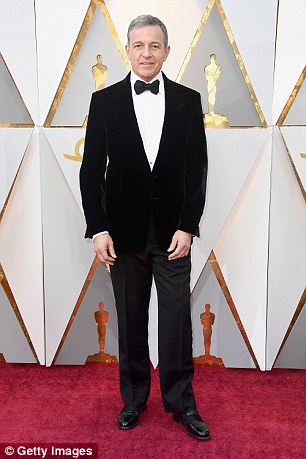 While the metrics are not unusual, the feedback the board should take from the shareholder vote is that ‘the amount is large, so maybe a reduction in the amount and an increase in the performance targets’ would be in order, Hansen said.

Jacob Williams, corporate governance manager for pension overseer Florida State Board of Administration, said it voted its 2.2 million Disney shares against the compensation on similar concerns. It also had concerns about the lack of a clear succession plan after Iger leaves.

‘You hate to see a payout of that magnitude for short-term performance,’ Williams said. He said however that a reorganization Disney announced on Wednesday had assuaged some succession concerns.

To be sure, some investors would be pleased if Iger earned the top number. Ross Gerber, CEO of Gerber Kawasaki Wealth and Investment Management, said he voted 150,000 shares for Disney’s compensation plan because other media companies also pay well and Iger’s Fox deal looks smart.

‘If he succeeds, then you pay the guy,’ Gerber said.

Compensation consultant Brent Longnecker said the vote could spur the board to re-examine Iger’s performance goals, though he did not expect major change. ‘I assume they won’t ignore it,’ Longnecker said of the vote.

Asked about the pay estimate and investor concerns, a Disney spokesman referred to comments after the vote from Aylwin Lewis, chair of the company’s compensation committee.

Lewis had said the board will take the vote result under advisement for future CEO compensation.

Iger is ‘imperative’ for Disney to keep as it absorbs Fox, Lewis said, with the CEO’s value illustrated by a total shareholder return of 414 per cent during his tenure. Iger became CEO in 2005. 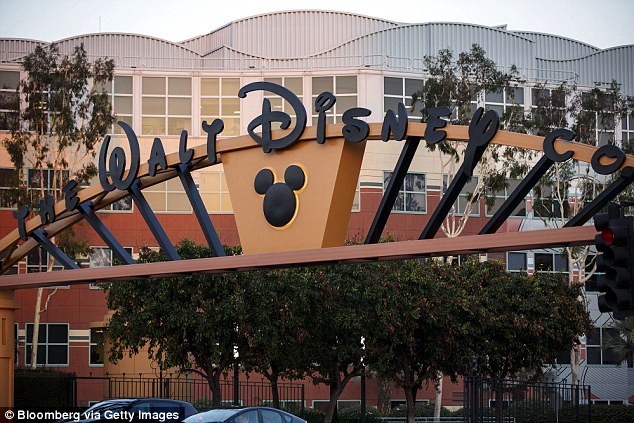 The analysis by ISS Analytics done at the request of Reuters showed the agreement could yield Iger roughly $423 million over four years if he hits all goals, or $274 million as the base case targeted by the board

Iger made $36.3 million in the twelve months ended September 30.

The move to keep Iger on for another four years puts another delay in his retirement.

Last month, it was reported that Iger would more than likely stay on after his former chief operating officer and presumed successor Tom Staggs departed last spring.

The analysis by ISS Analytics done at the request of Reuters showed the agreement could yield Iger roughly $423 million over four years if he hits all goals, or $274 million as the base case targeted by the board.

The analysis assumed that the Fox deal closes early next year and excluded elements such as stock appreciation.

After the deal closes, Iger’s target annual pay would be about $55 million per year including salary and some stock awards.

That amount could rise based on performance goals, ISS found.