Disney’s live action remake of Aladdin was a huge box office success when it was released in May 2019.

And now, Variety reports, the studio is looking to repeat that success with a sequel.

While the project is still in the early stages of development, Variety says producers hope stars Will Smith, Mena Massoud and Naomi Scott will also get on board.

Take 2: Disney is planning a sequel to 2019’s live action remake of Aladdin that grossed more than $1 billion worldwide and starred Will Smith and Mena Massoud

The reboot of the 1992 animated classic, directed by Guy Ritchie, has grossed more than $1 billion worldwide.

It is one of four live action remakes of Disney animated movies to cross the billion-dollar global box office milestone, along with The Lion King, Beauty and the Beast and Alice in Wonderland.

Aladdin is also the most successful movie in Will Smith’s long career.

Before the cast are approached to sign on for the second film, Disney wants to get a script in place. 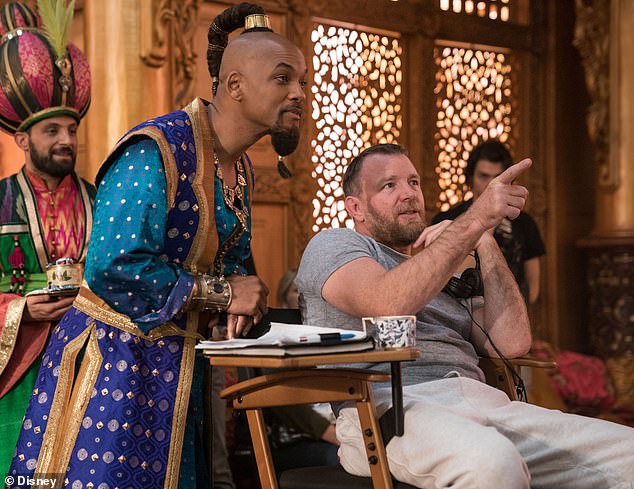 Global success: The reboot of the 1992 animated classic, directed by Guy Ritchie, became the highest-grossing movie in star Will Smith’s long Hollywood career

According to THR.com Wednesday, the plot may come from one of the other stories from One Thousand And One Nights also known as The Arabian Nights.

The tale of Aladdin and his magic lamp comes from the collection of Middle Eastern folk tales compiled in Arabic  between the 8th and the 14th centuries.

Other stories included in the collection are Ali Baba And The Forty Thieves and The Seven Voyages Of Sinbad the Sailor. 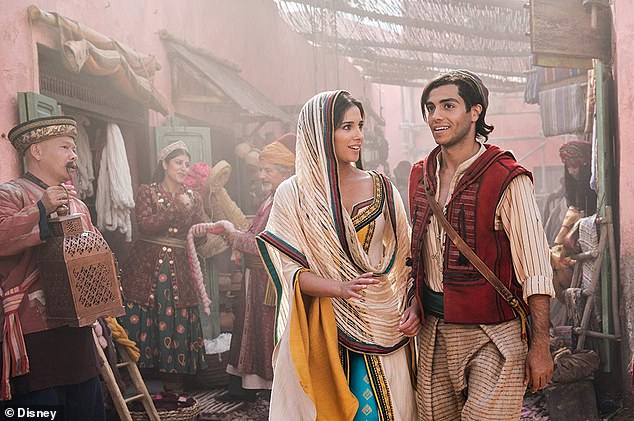 Love story: In the 2019 film, Smith starred as the wise-cracking Genie conjured up by Aladdin, played by Massoud, to help him woo the beautiful Princess Jasmine, played by Naomi Scott

In the 2019 film, Smith starred as the wise-cracking Genie who is conjured up by Aladdin, played by Massoud to help him woo the beautiful Princess Jasmine, played by Scott.

Initially, Smith said he wasn’t sure about taking on the iconic character of Genie that had been voiced by the inimitable Robin Williams in the 1992 animated version.

‘Robin Williams smashed that role, you know?’ Smith said. ‘When you look at things like that you always try to find ‘What would you do differently? What would you add to that?’’

He explained he started to believe he could bring something distinct to the role of the genie that would make it different from Williams’s version and not compete with it. 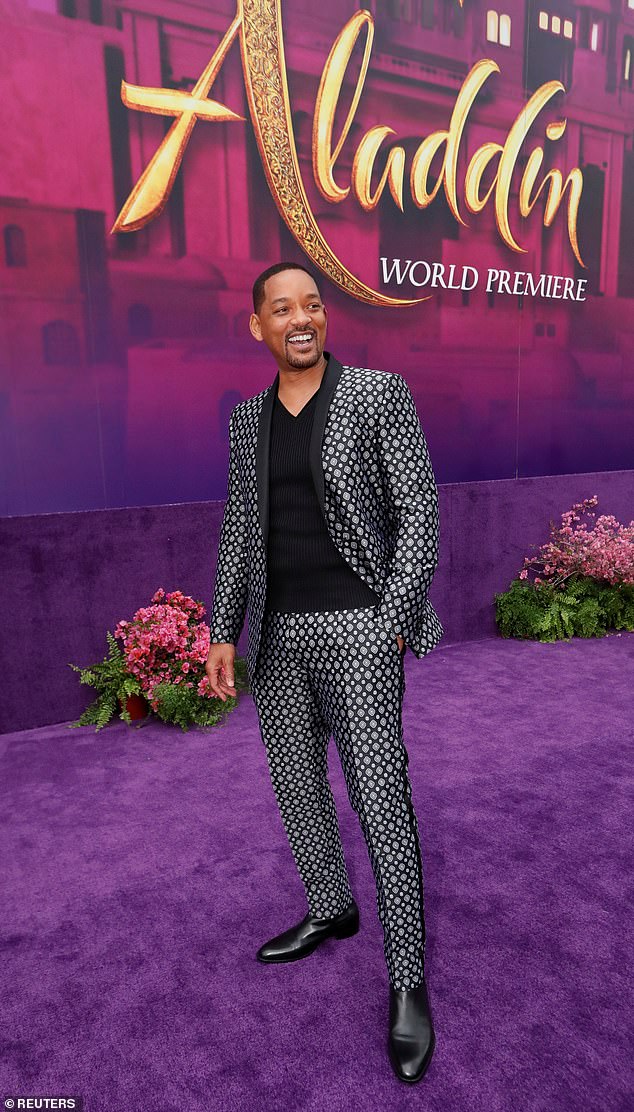 Back for more? It’s not yet known if Will will reprise his role as Genie in Aladdin 2 but Variety says producers hope he will  get on board along with Massoud and Scott