Disney star Alyson Stoner, 24, says she has loved a woman

Actress Alyson Stoner has opened up about her sexuality and revealed doing so has given her a greater sense of awakening and compassion.

The former Disney star and backup dancer, 24, spoke candidly about the first time she realized she loved a woman in a Teen Vogue personal essay published on Friday.

‘The Suite Life of Zack & Cody’ actress recalled the moment she felt her heart race over the sight of an instructor while in attendance to a dance workshop.

Stoner felt ‘mesmerized and intimidated’ by the woman – who was seemingly her polar opposite – adventurous and free-spirited – in contrast to her ‘type A personality’.

She said: ‘After I dizzied myself from doing knee spins, she walked toward me to correct my form. My heart raced wildly and my body grew hot.

‘Was I nervous to fail in front of an expert? Was I breathing heavily from being out of shape? Her smile was the most electrifying thing I’d ever seen.’

Immediately after leaving the workshop, she phoned her mother and best friend to inform them about the woman she had just met and admired. 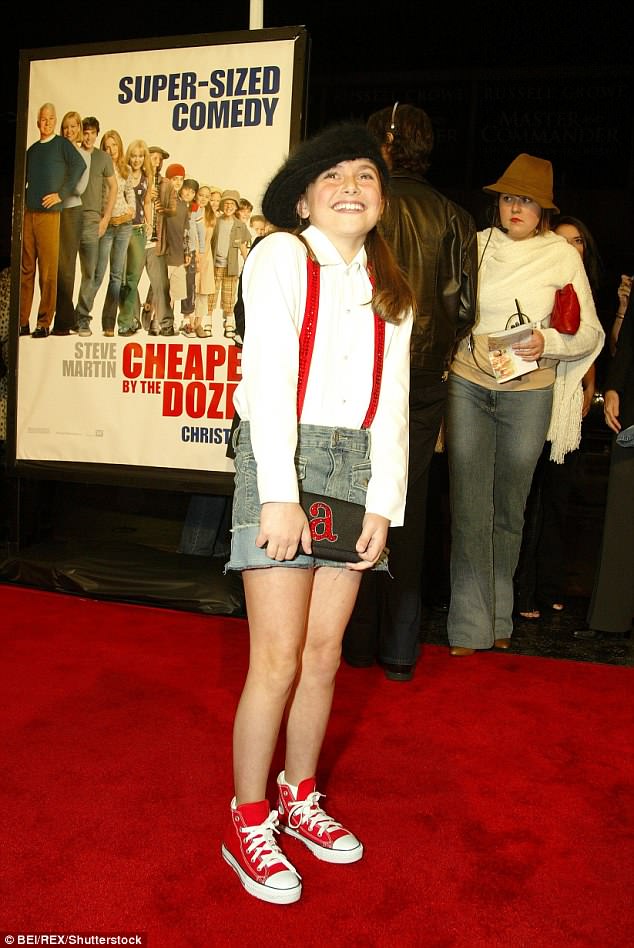 Stoner, pictured on the red carpet in 2003 for the world premiere of ‘Cheaper by the Dozen,’ has opened up about her love for women in a powerful new personal essay 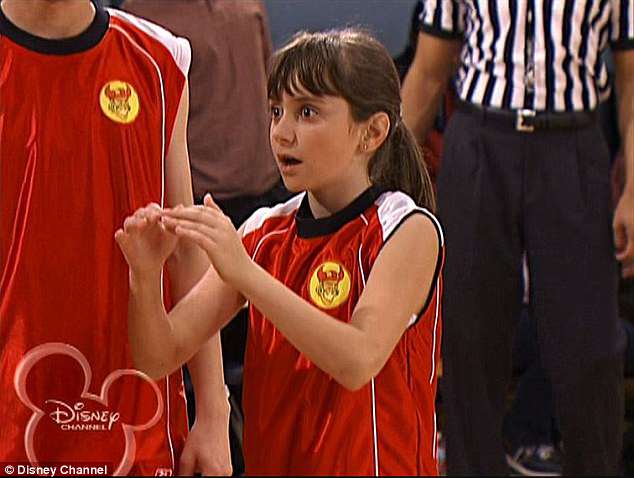 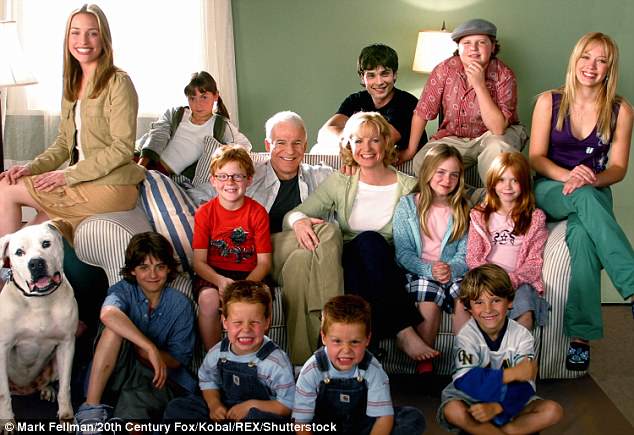 ‘I’m not sure who she is or what I’m feeling, but I think she’s going to be in my life for a very long time,’ she told them.

The ‘Cheaper by the Dozen’ star began regularly communicating with and hanging out with the instructor before the pair’s friendship turned into a serious relationship.

The Ohio-born actress revealed she had never felt the same type of emotions from a man before.

‘I realized I had never fantasized about a guy this way, nor really ever felt comfortable dating guys,’ Stoner said, while adding that she is both attracted to women and men. 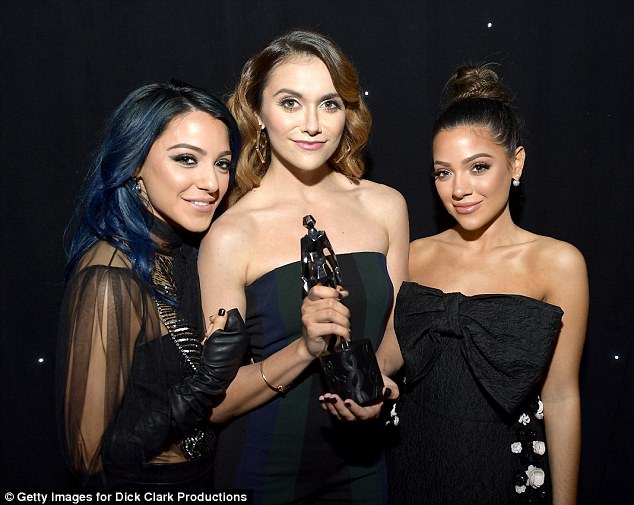 (L-R) Niki DeMartino, Stoner and Gabi DeMartino at the 2017 Streamy Awards at The Beverly Hilton Hotel on September 26, 2017 in Beverly Hills, California 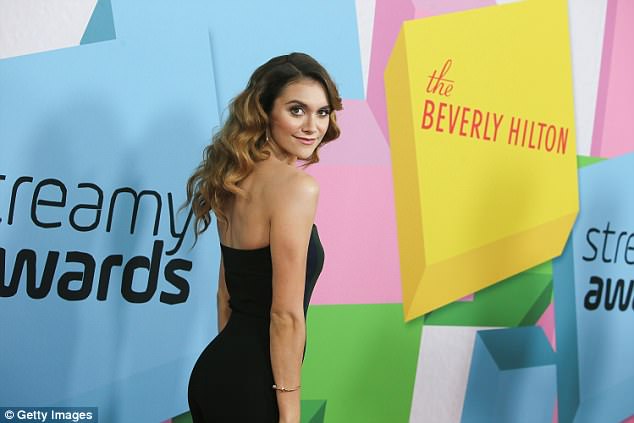 ‘She and I continued to hang out and began sending good morning texts. Then we made dinner and watched.

‘Then we vented and supported each other. Then cuddled. Then kissed and kissed some more… OK, we were in a relationship. I fell in love with a woman.’

The brunette beauty said sharing her story hasn’t been all that easy – as many others who have been in her shoes know. 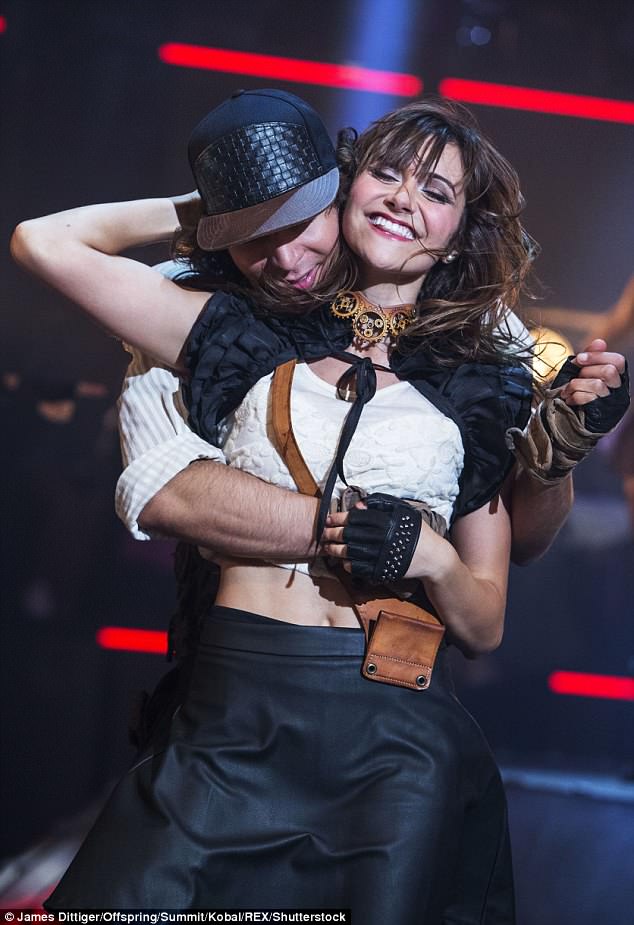 The Disney star and backup dancer came out to the public today, saying she is attracted to ‘men, women and people who identify in other ways’

The young star was warned by her colleagues that coming out could damage her career and possibility of landing jobs. She still chose to follow her truth.

‘My dream and all I’d worked tirelessly for since the age of 6 was suddenly at risk by my being… true to myself. Imagine receiving death threats (as I have); would you choose to live a lie in order to protect your loved ones?

‘What if your partner felt like you were hiding them and it created stress and tension because you couldn’t be open outside of your home? I feel so much sorrow for the hurt I caused her and others during this scary and confusing season.’

A smiling Stoner shared videos of herself speaking about the personal essay to her Instagram story on Friday.