Disney World unveils new ‘luxury starship’ Star Wars hotel that will take guests on their own ‘galactic journey’… for the astronomical sum of $1,600 a night

Disney World bosses have lifted the lid on their out-of-this-world Star Wars Hotel that takes the form of a Galactic Starcruiser.

The first-of-its-kind holiday experience will see the lucky guests check in for a two-night adventure ‘aboard’ a glamorous ‘starship’ called the Halycon.

Guests at the hotel in Disney’s Hollywood Studios, in Orlando, Florida, will be offered an immersive experience that could see some Star Wars fans spend more time in the hotel than at the theme park itself.

The hotel is currently being built behind the new Star Wars: Galaxy’s Edge land in Hollywood Studios in Orlando, Florida 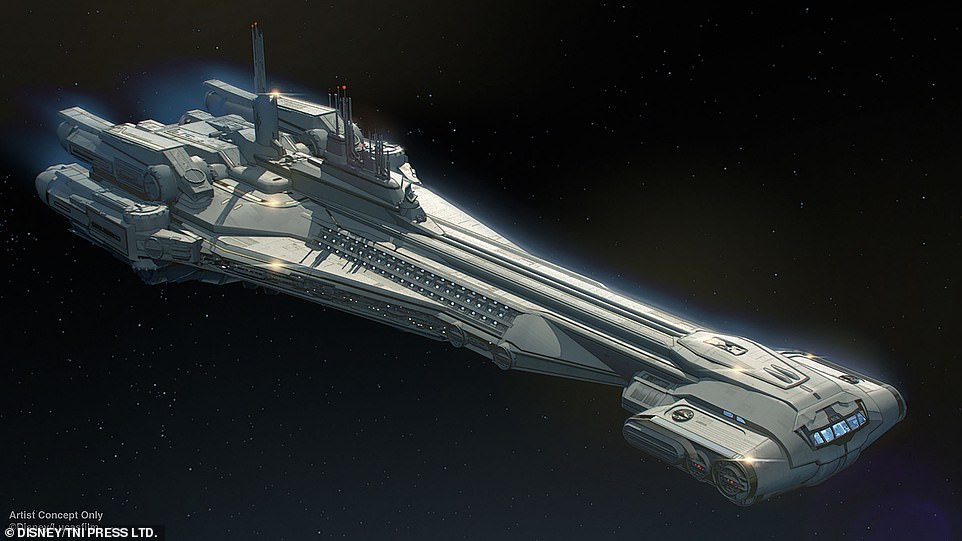 The ‘Galactic Starcruiser’ will be a first-of-its-kind holiday experience where guests can check ‘aboard’ a glamorous starship called the Halycon. 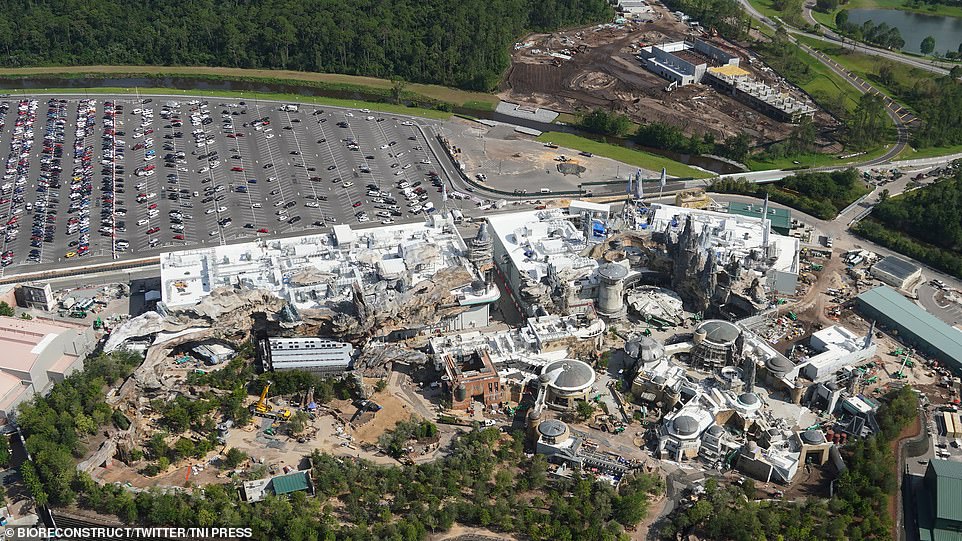 Those staying at the luxury hotel will be offered the opportunity to interact with characters and become active participants of their own ‘galactic journey’.

A spokesman said: ‘This ground-breaking experience is unlike any resort experience you’ve ever seen.

‘From the moment you board your launch pod, it’s a fully immersive, multi-day Star Wars adventure aboard a luxury starship complete with high-end dining, space-view cabins and all of the exciting action you would expect from an authentic Star Wars experience.’ 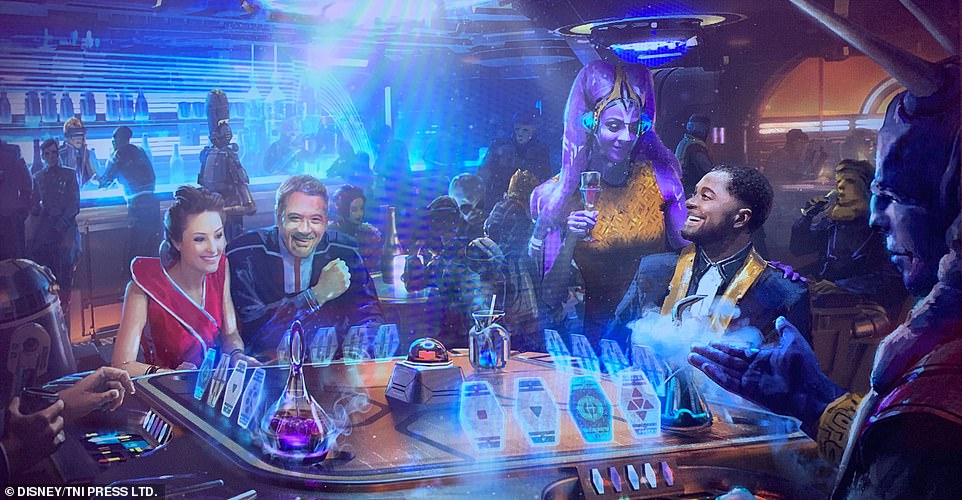 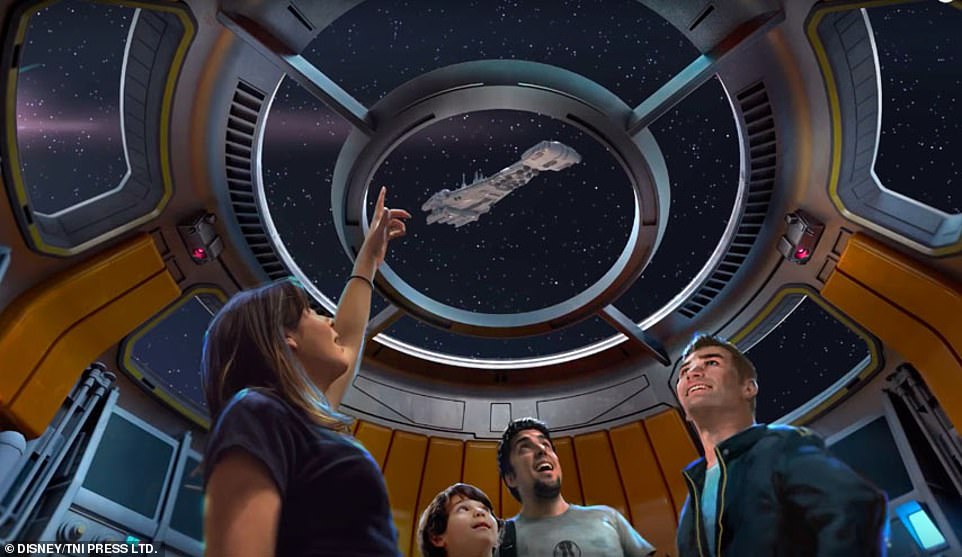 However, it is an experience that will come at a cost – insiders claim that a couple could pay around £3200 for a two-night/three day stay.

The hotel is currently being built behind the new Star Wars: Galaxy’s Edge land inside the Hollywood Studios’.

Each floor is set to have 32 regular cabins and two first-class cabins. Bosses unveiled their plans at the D23 Convention in Anaheim, California. 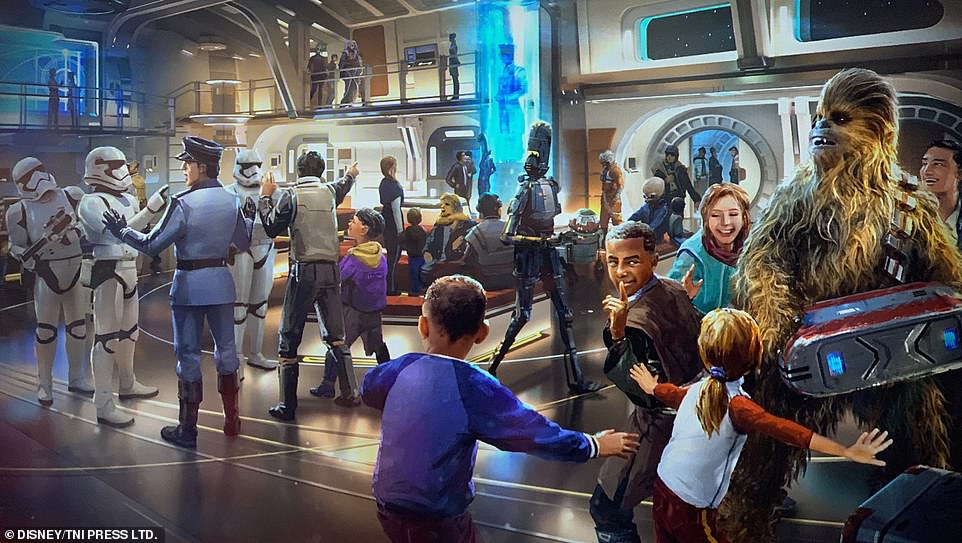 Disney bosses unveiled this plan at a convention in Anaheim California which shows the layout of a floor of the hotel. Each floor is set to have 32 regular cabins and two first-class cabins 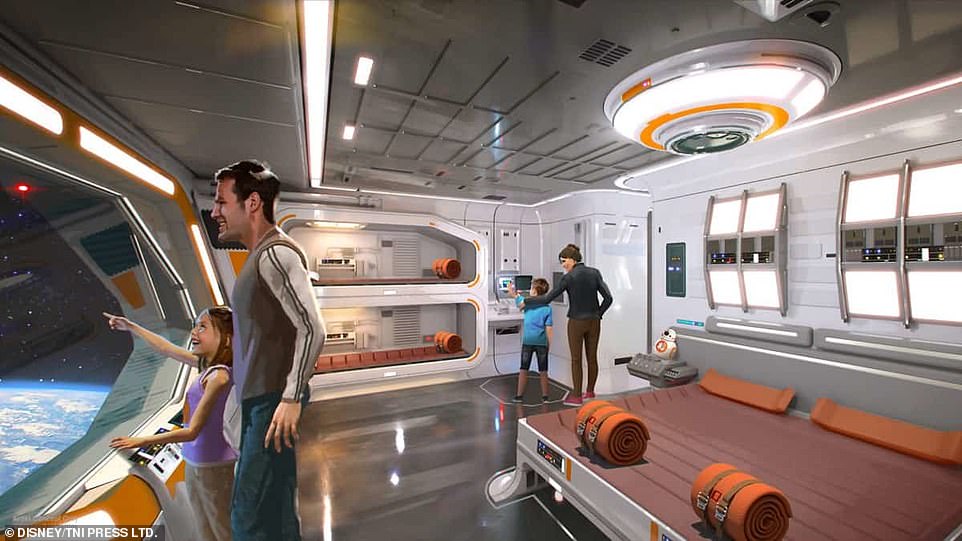 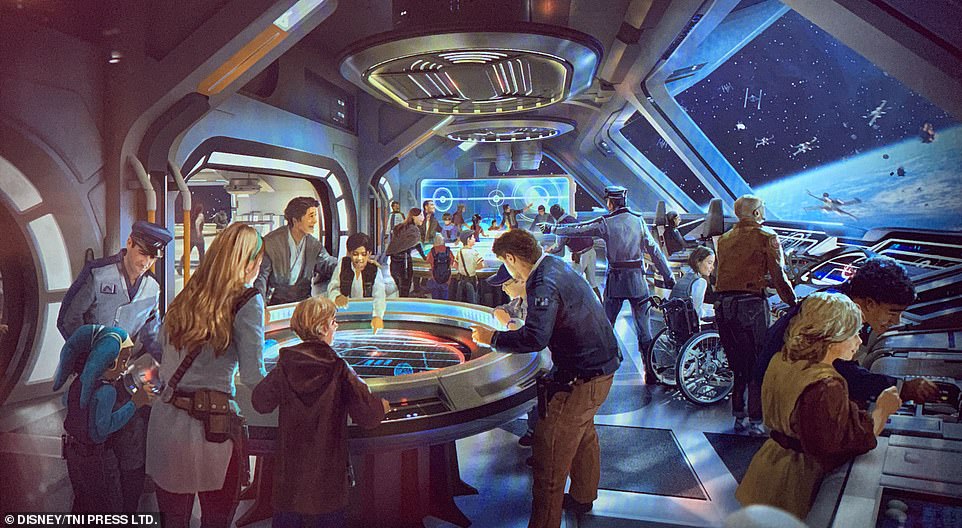 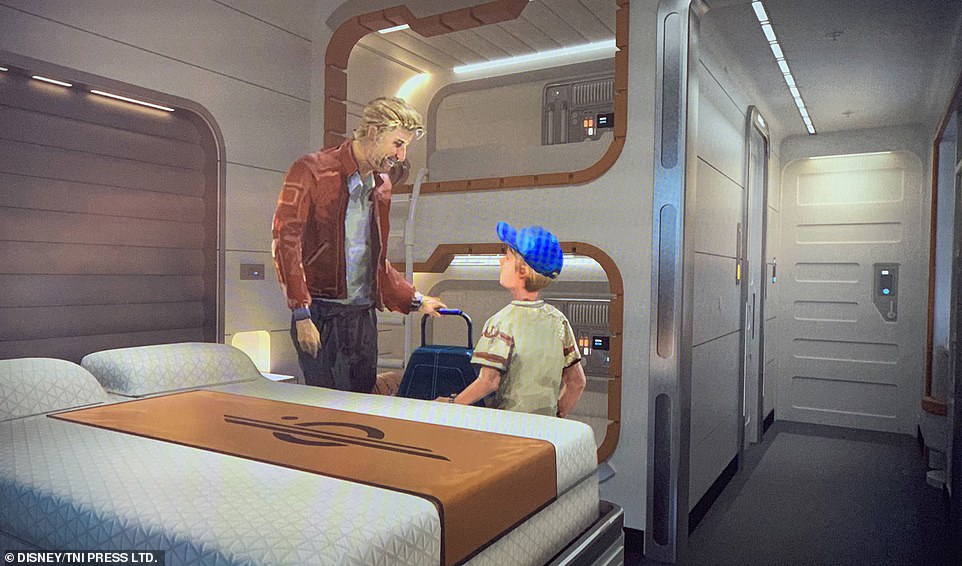