The father of an Egyptian student who died after being attacked by a gang of girls said he can’t rest while his daughter is still ‘in a fridge’ weeks after she passed away.

Mariam Moustafa, 18, from St Ann’s in Nottingham, was targeted by six youths at about 8pm on a bus outside the Victoria Centre on February 20.

She died in hospital on March 14 after slipping into a coma and officers never had the chance to hear from her what happened. 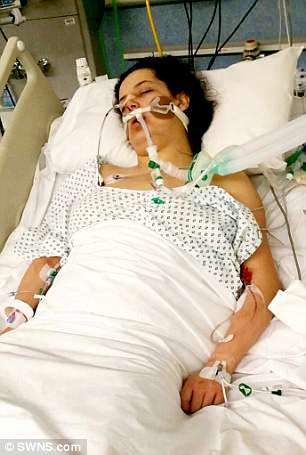 The last photo of Mariam Moustafa (left), an engineering student at Nottingham College, and in hospital after the attack (right). She was targeted by six youths at about 8pm on a bus outside on February 20

Now her father Mohamed, 50, says he has been told that it could take up to 12 weeks before her body is ready to be buried because of the ongoing investigation.

According to Islamic tradition, a body should be buried as soon as possible after someone passes away – normally within days.

Mohamed previously said he wanted to bury his daughter, an engineering student at Nottingham College, in Egypt where her extended family lives.

But experts need to carry out further tests on her body to establish whether there is a link between her attack and subsequent death after an inconclusive post-mortem. 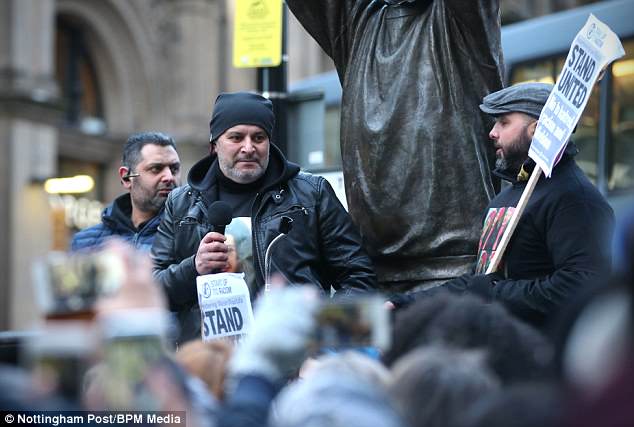 Mariam’s father Mohamed at a vigil for his daughter. He is upset and angry that it is taking so long for police to release Mariam’s body so she can be buried after her post-mortem was inconclusive

Mohamed believes there is already enough evidence for a conclusion to be drawn and is very angry and upset about the delay.

‘How can I sleep after what happened? My daughter is waiting in a cold room. It is not fair that these [people] are outside,’ he said.

‘I am in prison in my home with my family. I want to go back to normal but my daughter is in a fridge, she is still there.’

He added: ‘They have the CCTV, they have the hospital documents, everything is very clear. I do not understand why they do not make a decision.

‘I am very angry, very upset.’

Mariam was initially taken to Queen’s Medical Centre in Nottingham for treatment after collapsing on the top deck of the No 27 bus.

She was released but her condition deteriorated and she was rushed to Nottingham City Hospital.

The student slipped into a coma the next day and passed away three weeks later.

Dozens of people witnessed the vicious attack, which only stopped when the driver pulled over and came upstairs to confront the youths.

Police only found out about the incident when Mohamed called them the day after the attack.

He is baffled as to why nobody reported the brutal assault, which is believed to have resulted from mistaken identity. 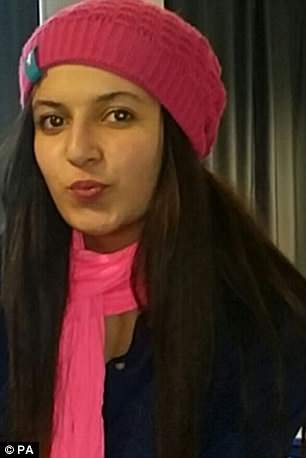 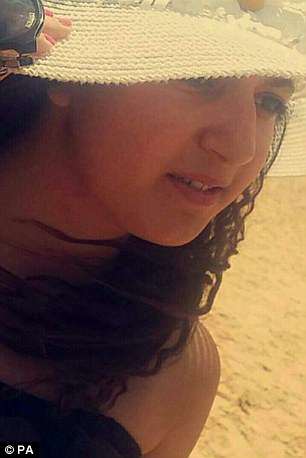 Mohamed previously said: ‘I don’t understand why nobody rang the police.

‘So many people witnessed the attack on my daughter, including the bus driver who called an ambulance for her, but nobody informed the police about it until I rang them the next day. It is very strange.’

He added: ‘I don’t want this to happen to anybody else’s child.

‘And there is something very wrong when an attack is witnessed by crowds of people and nobody steps in to help or even rings the police.

‘The bus driver did go upstairs to stop what was happening but Mariam wanted him to throw the girls off the bus.

‘I understand he would not do this because they had paid their fare.

‘Later when she collapsed he rang the ambulance but still did not ring the police.

‘Mariam told the ambulance that she had been punched, that she had a heart condition and was not well but they did not ring the police either. Nor did the hospital.

‘They could have spoken to Mariam had they known, taken a statement because she could have told them what happened.

‘It was not until the next day that I rang them and the day after that they sent an officer round to speak to us.

‘I am sure the bus driver was doing what he was supposed to do but why couldn’t he call the police for them to come and arrest these girls.

‘If they had been at the scene they could have spoken to Mariam.’

Nottingham City Transport previously said in a statement: ‘We would like to publicly recognise our driver, who went upstairs to intervene and acted as a barrier between the attackers and the young lady, after he asked them to leave the bus.’

Mariam moved to Britain with her family four years ago from Italy.

A video emerged of her talking in October last year about the treatment she was receiving for her heart condition.

She said she felt let down by the NHS and her father criticised the UK system for being too ‘impersonal’. 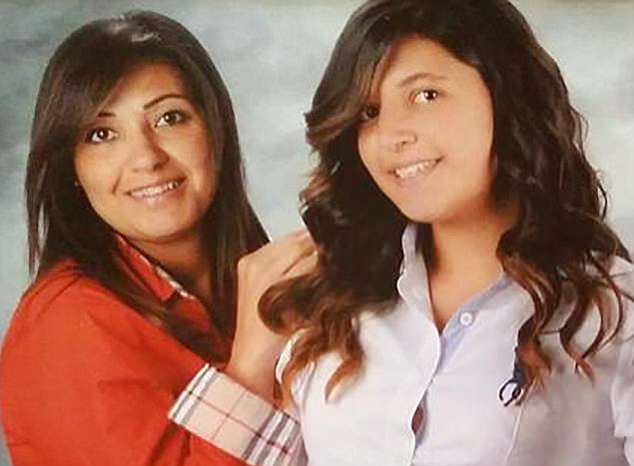 Mariam (right) with her mother Nessrin Shehata. Her family say police failed to properly investigate an earlier attack on her in a park in August, allegedly by two members of the same gang

‘We will fully examine any concerns the family may have about the care that Mariam received at NUH and we continue to support the police and the coroner’s office with their investigations into this tragic case.’

A 17-year-old girl was arrested on suspicion of assault occasioning grievous bodily harm and was released on conditional bail. 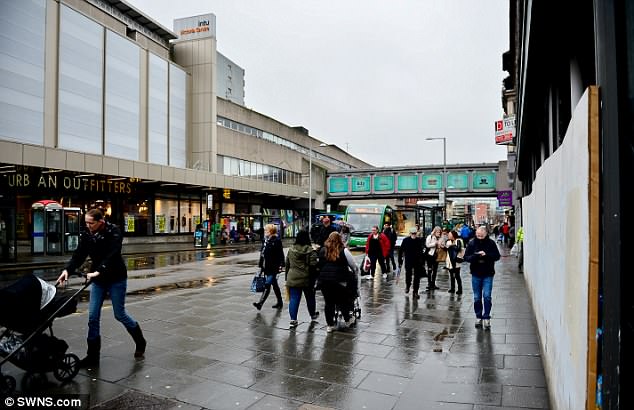 The Victoria Centre in Nottingham, outside of which Mariam was attacked on the top deck of a bus

Police have said a decision to investigate the incident as a crime more serious than assault would be made after the post-mortem was carried out on March 16.

But because it was inconclusive there have been delays.

‘Following the post-mortem examination, which was inconclusive, more tests are now necessary in order to establish the cause of Mariam’s death.

‘These tests will take time and so the results will not be known for several weeks.

‘Specialist officers will remain in contact with the family to support them and keep them informed throughout this difficult time.’

Officers were also criticised by Mariam’s family for failing to properly investigate an earlier attack in a park in August, allegedly by two members of the same gang.

She was left with a broken leg after the incident.

The investigation into her death continues.