Explorers have spotted polar bear footprints on broken pieces of floating ice in the Arctic.

Greenpeace’s vessel Arctic Sunrise has been travelling near Greenland where huge chunks of its ice caps have broken off.

They spotted the prints on the small sections of ice during their journey as they investigate the effects of climate change on the region. 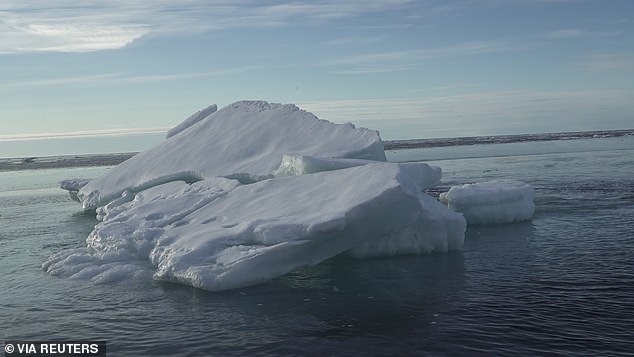 While polar bears often spend time on sea ice, there are fears over its habitat loss due to rising temperatures and melting ice.

The small section of ice appeared very far from any other land, which scientists fear could lead to extinction.

The lack of sea ice cover forces bears to swim longer distances, depleting their energy stores and leading to drownings. 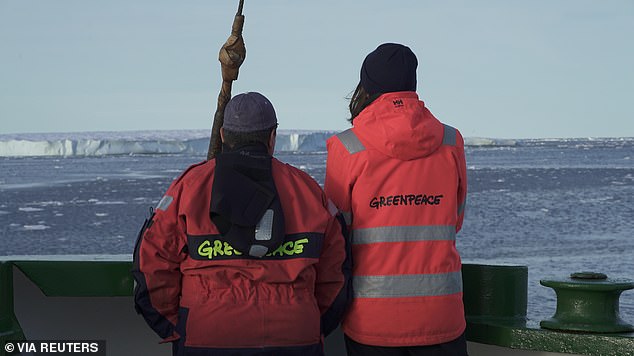 It will also affect the ability of pregnant females to build suitable maternity dens.

It comes after Sir David Attenborough warned that polar bears could be extinct by 2030 because of melting ice.

He said: ‘The Arctic Ocean is expected to have its first entirely ice-free summer in the 2030s, resulting in open water at the North Pole.

‘For the polar bear, which relies on the northern sea ice as a platform from which to hunt seals, this is devastating. 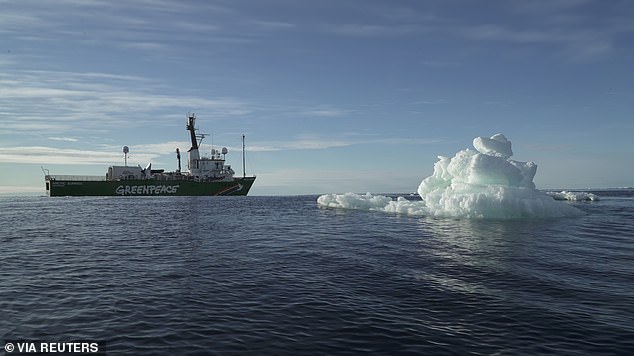 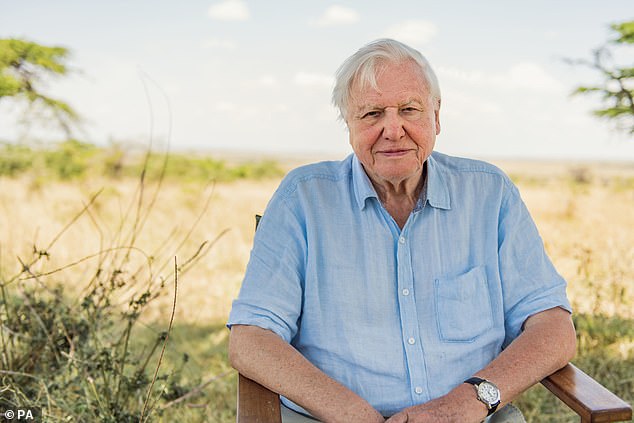 ‘As the ice-free period lengthened, scientists detected a worrying trend. Pregnant females, drained of their reserves, were now giving birth to smaller cubs.

‘It is quite possible that one year, the summer would be just that little bit longer, and the cubs born that year will be so small that they cannot survive their first polar winter. That whole population of polar bears would then crash.’

An estimated 42.3 square miles chunk of Greenland’s ice cap is floating in the far north-east Arctic, which scientists say is evidence of rapid climate change.

The glacier section broke off the fjord called Nioghalvfjerdsfjorden, which is roughly 50 miles long and 12 miles wide, the National Geological Survey of Denmark and Greenland said on Monday. 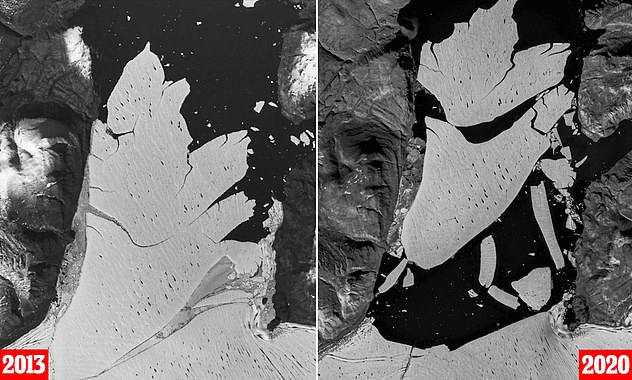 Researchers working for the Geological Survey of Denmark and Greenland (GEUS) studied satellite images of the ice shelf taken over the past seven years. Left is the shelf in 2013 and right is the same shelf this year

The glacier is at the end of the Northeast Greenland Ice Stream, where it flows off land and into the ocean.

It shows the area losses for the past two years each exceeded 19 square miles.

‘We should be very concerned about what appears to be progressive disintegration at the Arctic’s largest remaining ice shelf,’ GEUS professor Jason Box said.

Greenpeace spokeswoman Laura Meller, who is aboard the organisation’s ship Arctic Sunrise at the edge of the sea ice, said: ‘Another massive chunk of vital sea ice has fallen into the ocean.

‘This is yet another alarm bell being rung by the climate crisis in a rapidly heating Arctic.’

Last week, Ruth Mottram, an ice scientist at the Danish Meteorological Institute in Copenhagen, said ‘again this year, the ice sheet has lost more ice than has been added in the form of snow’.

She added: ‘What is thought-provoking is that if we … had seen this meltdown 30 years ago, we would have called it extreme.

‘So in recent years, we have become accustomed to a high meltdown.’