A disturbing video shows a Los Angeles man brutally hitting a dog in the face in the hallway of an apartment building after being asked to move his white BMW.

The surveillance footage, posted online by a resident of the building, shows the unidentified man stalk toward the big, fluffy dog, backing it into a corner before slamming his fist into the dog’s head.

The dog cowers in the corner as he tries to get away from the man, who then kicks the animal several times before clipping his leash onto him – suggesting it’s his own dog suffering the abuse.

The Anaheim Police Department is looking for a man last seen wearing a black Emirates soccer jersey who was caught on Ring doorbell footage brutally beating his dog.

The police released a still image of the man, who has still not been identified 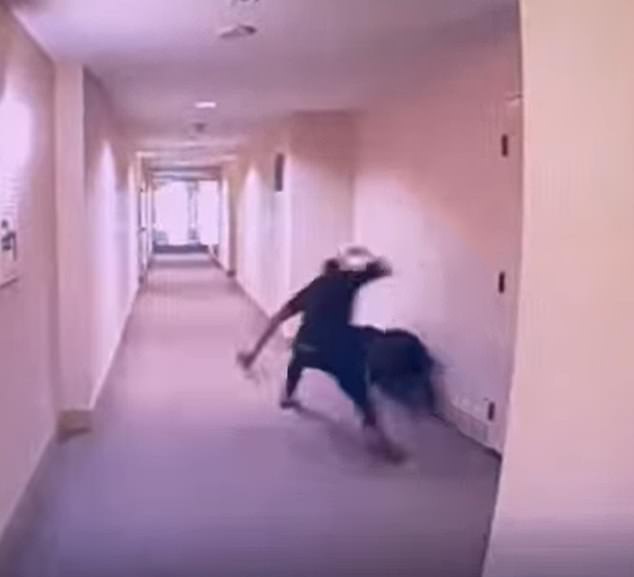 An LA man was seen brutally beating a dog in an apartment building hallway after he reportedly got mad when he was asked to move his car, a building resident claimed 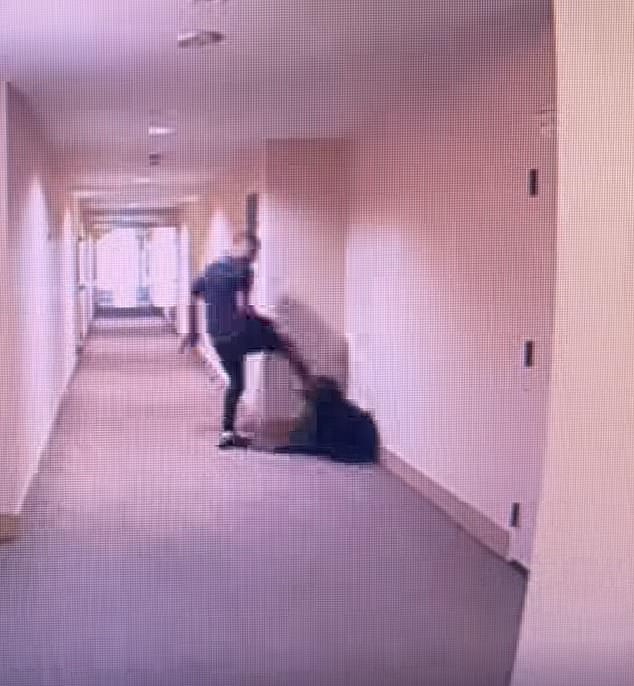 He was seen punching and kicking the dog, who cowered in the corner and attempted to miss the man’s assault 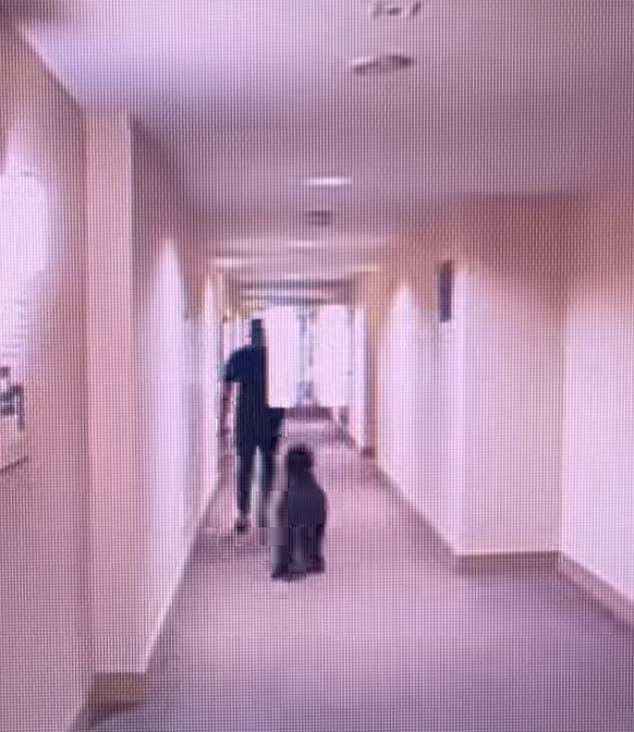 As the two walk quickly down the hallway, the man kicks out again and the dog unsuccessfully tries to dodge the impact.

The dog is kicked at least three more times as the man leads it down the hallway of the Gateway apartment complex near Angel Stadium.

Resident Kris Kelly, who posted the video, said the man was angry after being asked to move his white BMW. She claimed he later took off in the car.

Locals began tagging the Anaheim Police Department and Sergeant Shane Carringer told KTLA that he ‘knew immediately’ it would be something the department investigated.

Police are still looking for the man and have not pressed criminal charges yet.

Local dog owners are expressing their disgust at the video, claiming they’d never do the same, no matter how mad they were.

Alex Cannas told KTLA: ‘As a dog owner, I would never kick my dog in the face, no matter how bad she did something. It’s not easy to look at.’

Cheyenne Martinez expressed shock when she saw the video, saying: ‘How can you treat a dog like that? It had no perception of anything.’ 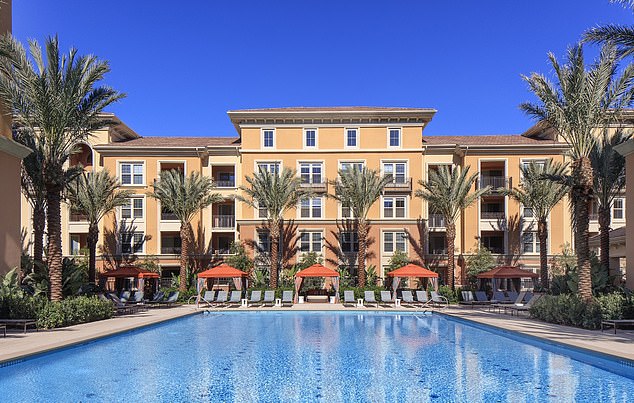 The incident took place at the Gateway apartments (pictured), near Angel Stadium