Diver, 24, went from novice to top underwater photographer in the rugged southern seas

For most people, coming across a shark in the sea is the stuff of nightmares, but for 24-year-old Millie Banner, it is all part of a day’s work.

A diver and sea photographer acknowledges she risks her life to swim with sharks but says she has ‘no fear of animals in the water’.

Ms Banner lives in Kingston in southern Tasmania and works as a divemaster at a diving school where she helps run courses and takes experienced scuba divers around the local area.

The environmental science and aquatic biology student has dived with sharks and other apex predators in the open waters of the Tasman Sea.

‘I have seen sharks larger and wider than me.

‘If an animal doesn’t rely on poison or camouflage to avoid being eaten, then it is possibly the one eating others, not much different to land.’

But despite the risks associated with swimming in the cold and wild waters off the nation’s southern state, Ms Banner said snorkelling is far more dangerous.

‘A lot of people find snorkelling scary – and rightly so.

‘You’re floating above the water like a potential predator, which is exactly what that sting ray that killed Steve Irwin would have been thinking.’ 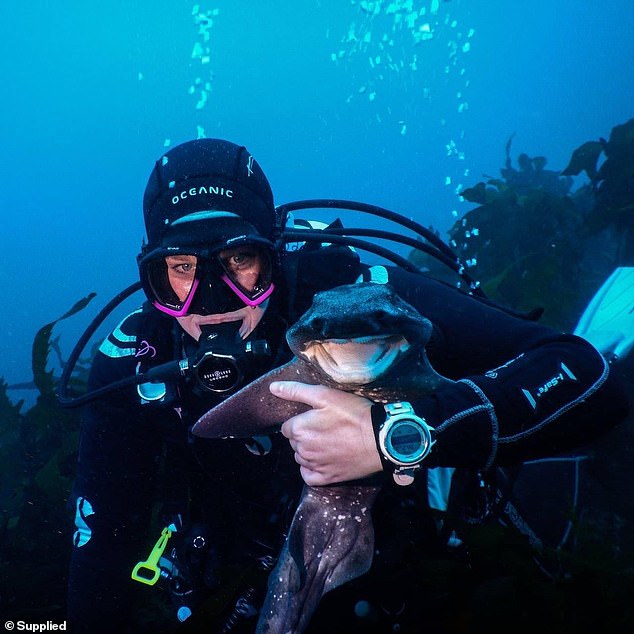 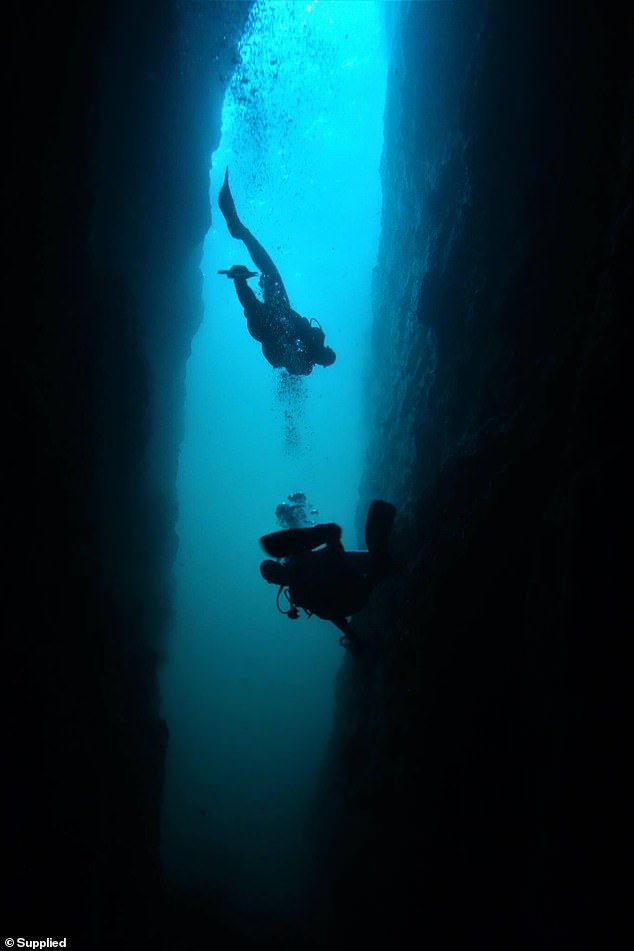 ‘When you’re scuba diving, you’re at the same level as the animals and they approach and see you differently. You could compare it to taking a walk in the wilderness versus flying over in a plane – observing versus immersing yourself.’

While she’s not concerned about being eaten by any deep sea creatures, Ms Banner said it’s the wild weather of Tasmania that scares her the most.

‘I understand the ecology and animal behaviour and can predict how an animal might react to me and how I should behave around it myself. I have never had a bad interaction with an animal, it’s more so the wild weather to watch out for.’ 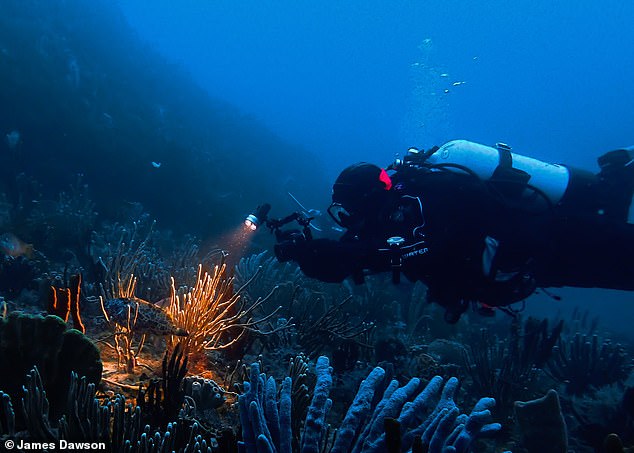 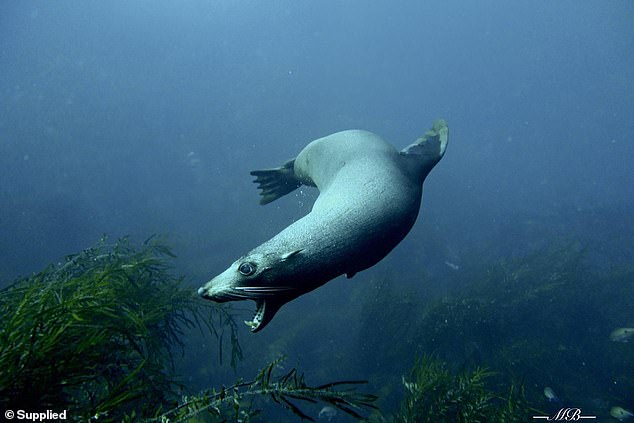 She said getting caught in high winds, currents or losing your buddy while diving in low visibility are major concerns.

‘We are always taught to dive with at least one other – a buddy. They can assist you with getting into gear, navigating under water, watching out for you, and it’s much more fun to share the experience with someone else.

‘If you learn to dive in Tasmania, you can dive anywhere in the world.’

Ms Banner discovered diving after a fellow student at University of Tasmania emailed her about a diving course. 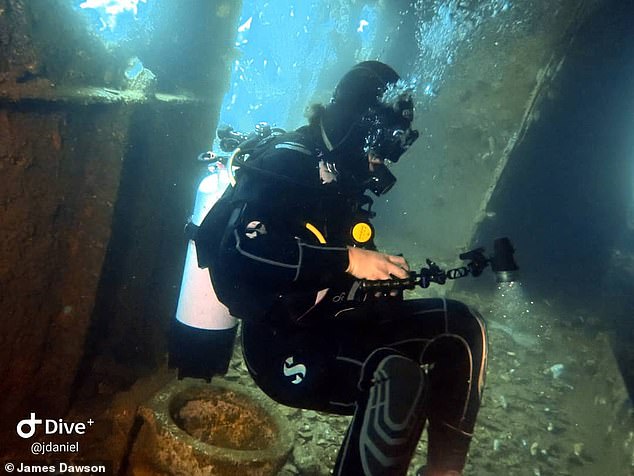 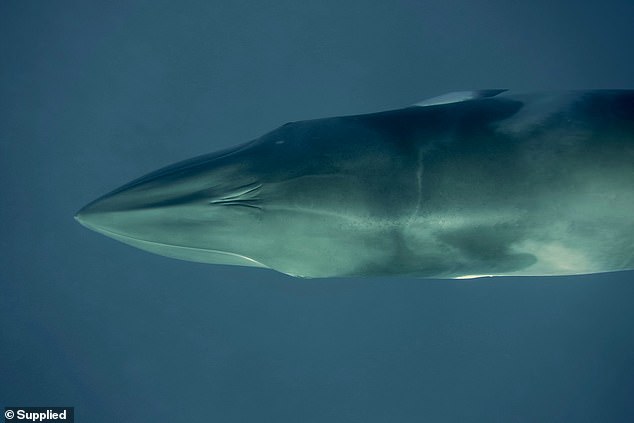 She immediately fell in love with the sea and joined the Tasmania University Dive Club.

‘I was probably Tassie’s keenest diver for quite a while,’ she laughed.

‘I was diving multiple times a week discovering local shore dives around the coast, but we would head out on a boat to see the best places – seal colonies, caves, islands, rocky reefs and kelp forests.’

As she honed her diving skills, she began to look for more challenges and discovered underwater photography.

She enjoys capturing photos of creatures a lot of people otherwise wouldn’t get to see. 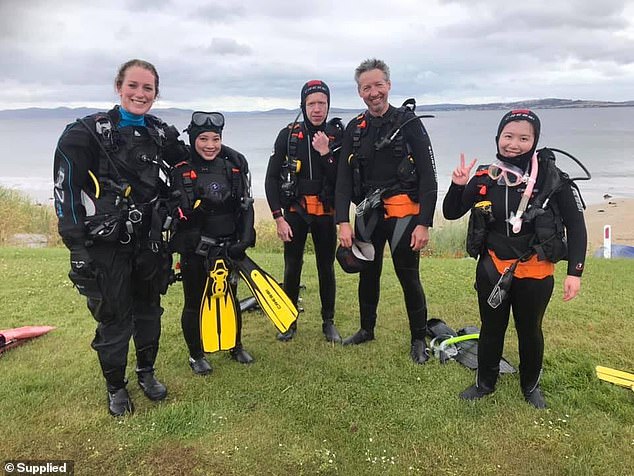 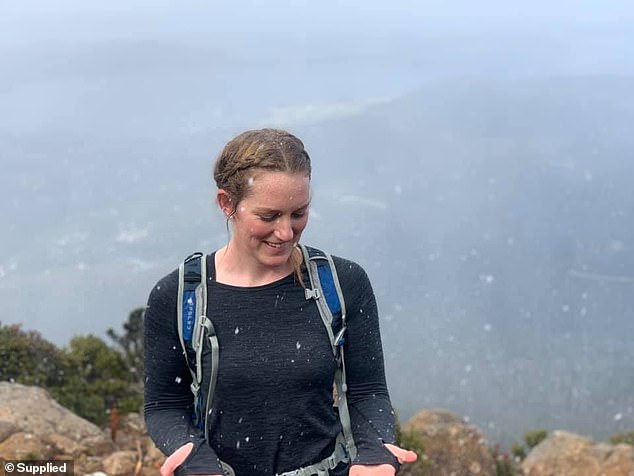 ‘For people who may fear the ocean or have no desire to leap in, I find they seem to appreciate my pictures and the view I bring to such different critters in their natural world, as opposed to seeing them in a fish market.’

‘I have reached a level now where diving is innate.

‘I go to relax and unwind, seek new photography subjects and sit back after a dive to process and edit my photos.’