This is the remarkable moment an octopus attacks a diver and latches onto his camera equipment – refusing to let go.

The sea creature wraps itself around the diver’s arms as he attempts to prise himself from its grasp.

Dmitriy Rudas filmed his colleague’s encounter with the octopus near Primorsky Krai in Russia’s Far East.

The unidentified diver came face-to-tentacle with the creature when the octopus appeared to square up to him.

When he approaches the creature the octopus is curled up in a small pile on the sea floor. 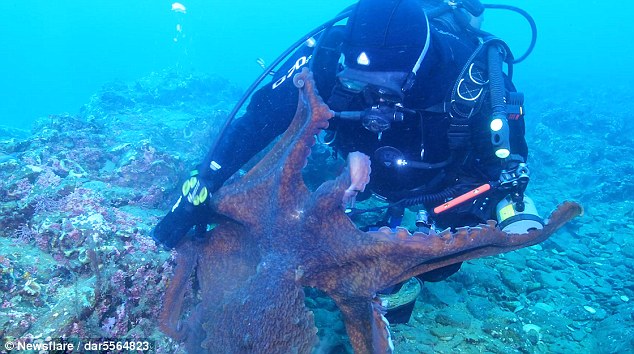 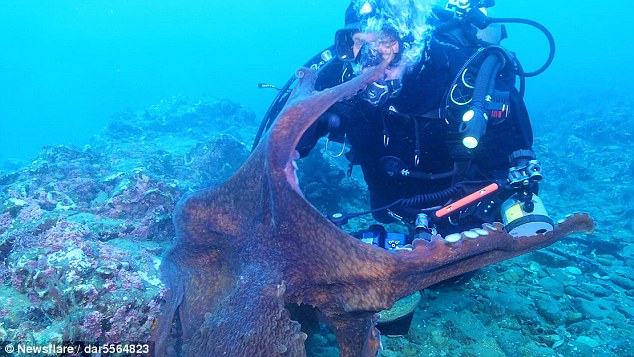 But it reacts quickly to the diver’s arrival, clinging onto him as he tries to film the incredible octopus.

The creature unfurls itself and spreads its arms wide to make itself as large and impressive as possible.

Eventually the diver frees himself, but the octopus clings on to his camera rig as he tosses it away.

Mr Rudas, who filmed the footage in the later summer of 2016, said: ‘We just laughed at the behaviour of this octopus.’