Divock Origi returns to Genk with Liverpool in Champions League

On the eastern fringe of Belgium near the Dutch border, lies arguably the most successful football academy in Europe.

Forget Barcelona’s La Masia or Ajax’s famed youth set-up – Genk have been producing top level talent for years and the big names who cut their teeth on the pitches in Flanders Forest prove it.

Kevin de Bruyne and Thibaut Courtois are poster boys for the system but Sergei Milinkovic-Savic, Kalidou Koulibaly, Leon Bailey, Christian Benteke, Wilfred Ndidi and Divock Origi are just a handful to have passed through the doors. 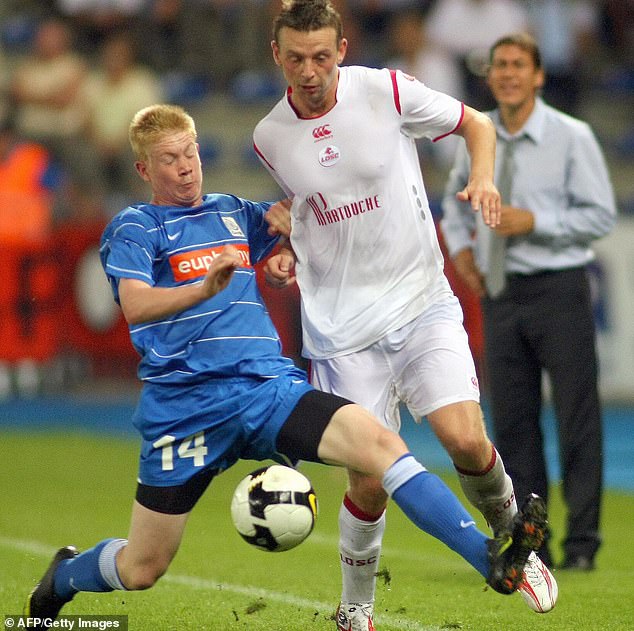 Origi returns with Liverpool on Wednesday night in the Champions League, where the latest crop of promising Genk youngsters will line up against the kings of Europe.

So how do they do it? How does a modest community club routinely trump the game’s giants in selecting and then cultivating the best prospects into stars?

Just over a decade ago, a kitty of £3million was invested into a scouting network and academy facilities. The money was a hefty amount at the time and seen as Genk pinning their colours to the mast – this would be their path to success.

A methodology was crafted both on and off the pitch. CEO Patrick Janssens has described the academy as a ‘university for football’ and an impetus is placed on developing well-balanced and adjusted people as well as talented footballers.

Players either live in a boarding house or with host families and the discipline can be fierce. Anyone failing in the classroom is not allowed out on the pitch and only those truly driven to succeed can hack it. 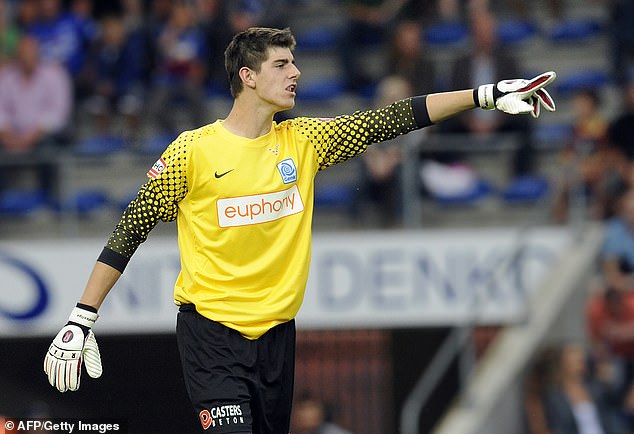 Every player has to wear black boots, headphones are banned at the training ground and jewellery is also prohibited. It is the players, not coaches, who put away cones, mannequins and equipment after a session.

Essentially the culture is not dissimilar to the famed All Blacks ‘no d*******’ policy. Anyone with an ego is soon brought back to earth with a thud.

Leicester midfielder Wilfred Ndidi opened up on his early experience: ‘It was difficult [when I came in] it was the first time I came to Europe,’ he told Goal.

‘I stayed with a family who tried to make me feel like I was at home. They always try to keep the players in the first team young and they give them a chance. They train them well and seem to find the right players.’ 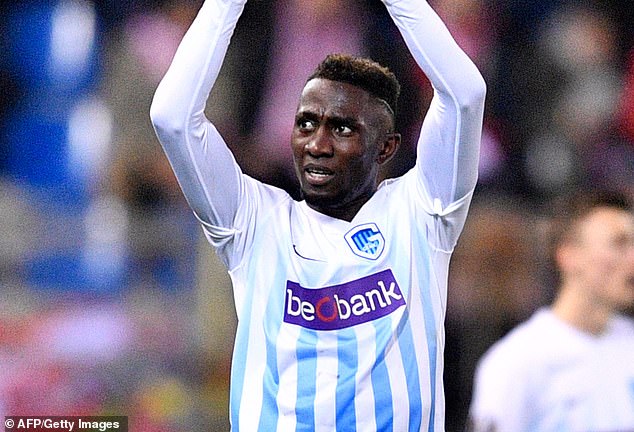 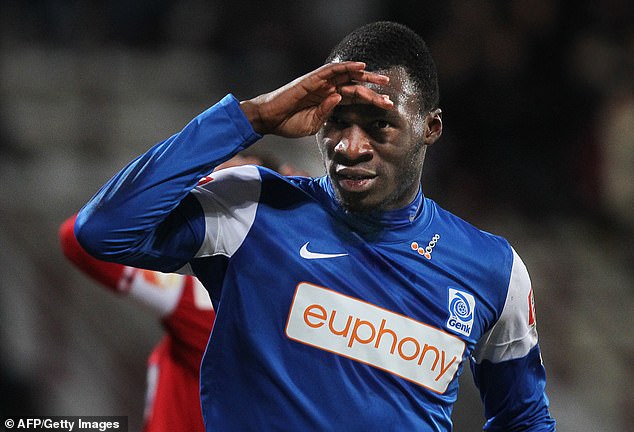 De Bruyne was another who made sacrifices to be there. He lived 140km away when he was scouted. At the age of 14 he could have chosen Anderlecht or Brugge closer to home but was adamant that Genk was the best place for his development.

The Manchester City playmaker was convinced by their philosophy, which centres on technical skill regardless of physique.

‘We have patience with the physically small players. Good feet and a good football mind are our priorities,’ Koen Daerden, the academy’s technical director previously told Canofootball.

‘We have to develop players who can play in every system. The philosophies and principles stay the same. Whether we train 2 v 1s or in bigger games, players have to recognise when and where to move both with and without the ball.’

It was in one of these small sided games that de Bruyne made an instant impression in his first training session.

He stunned the older players by yelling at them to get in position and reprimanding his new team-mates for sloppy play. His behaviour rubbed a few up the wrong way and during annual evaluations there were some who voted to let him go. 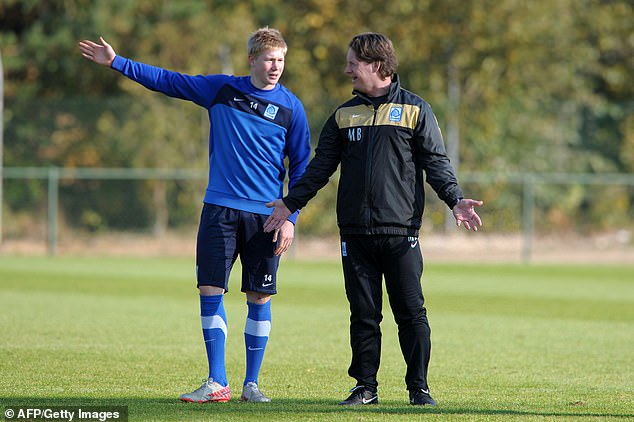 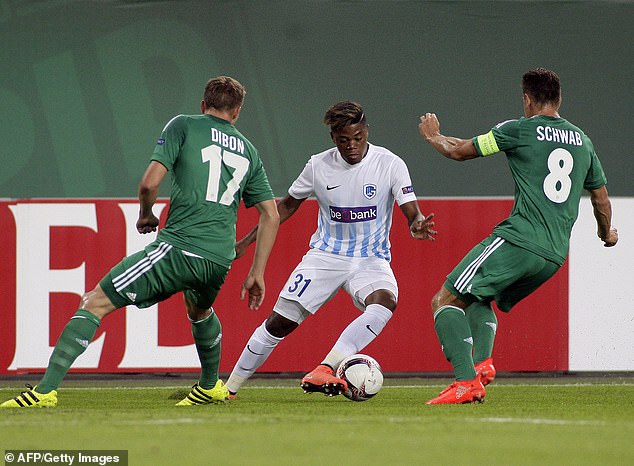 Fortunately those voices were the minority and de Bruyne has gone on to become the ultimate marketing tool.

If any parents need convincing that Genk is the place to send their child, the Ballon d’Or nominee is a persuasive alumni.

Origi is another such reference point having first played for the club as a six-year-old. He spent almost a decade under their tutelage before joining Lille.

For technical director, Dimitri de Conde the striker represents Genk’s values, as do all the former graduates even when pulling on another side’s shirt.

‘It’s our philosophy and Origi was part of that. Our average age in our first Champions League game was 22.8 which was by far the youngest in the Champions League,’ he told the Mirror. 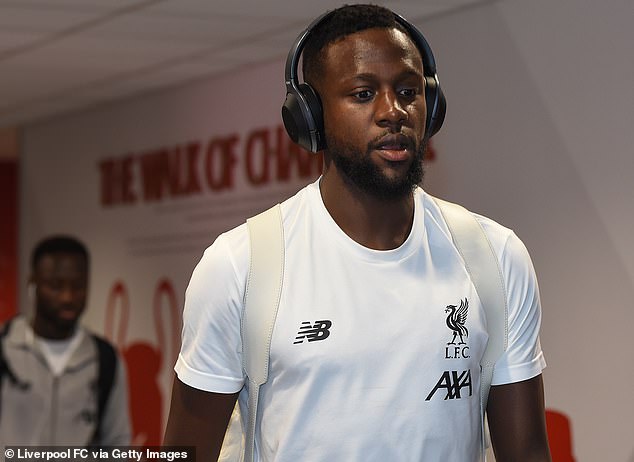 ‘We have shown we are not afraid to pick youth, the spine of our team – keeper, centre halves and the No 6 – were all young, their average age was 20 and it’s about development but it also has to be about results. You do get questions when you lose but you have to be true to your philosophy.’

It didn’t take long for top sides to cotton on and keep tabs on Genk’s youngsters, hoping to beat the competition to the next big thing.

On Wednesday night the scouting vultures are likely to be circling Sander Berge and Ianis Hagi, son of legendary Romanian Gheorghe.

Both are unlikely to remain in Belgium for long but the small Flemish town remains the gold standard for development and European football is richer for it.