Divorced Chepstow couple remarry after he spots her on TV

A couple who divorced after falling out over her seven cats have remarried after he spotted her on TV show all about her pets.

But this time Professor Trevor Howes, 82 and his wife Marlene, 72, of Chepstow, South Wales, will this time live in separate homes.

The couple first wed in 1968 and they had two children together, but ten years later they split.

Mrs Howes is a Persian cat breeder while Trevor ‘is not a cat lover’ and the pair admit their felines ‘contributed’ to them separating.

Professor Trevor Howes, 82 and his wife Marlene, 72, of Chepstow, South Wales with two of her cats 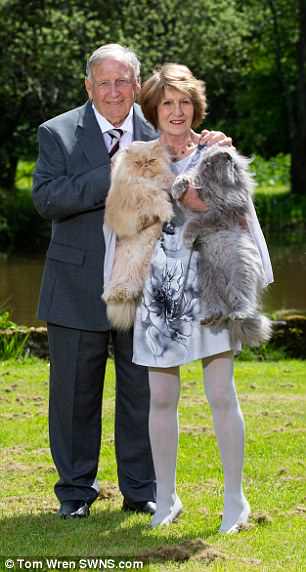 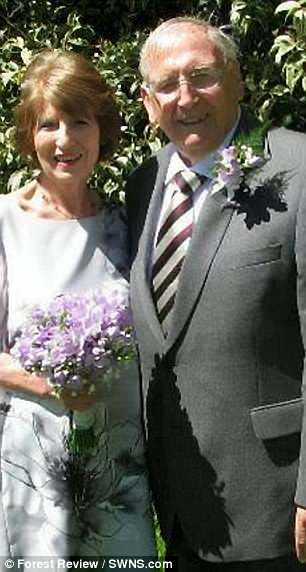 The couple, left, and right, on their second wedding day have reunited 40 years after they separated

But 40 years since they had seen each other Trevor spotted her on a Channel 5 show ‘The Woman With FORTY Cats’.

The show was a documentary about Marlene’s life as an award-winning Persian cat breeder.

Trevor decided to get in touch and went out for a meal and on May 14 they married again – even though Marlene now has dozens more cats.

They have come up with a solution to keep them both happy – they are going to live in separate homes 30 minutes apart so he’s not near the animals.

Marlene, of Chepstow, believes their first marriage crumbled due in part to the demands of prepping the felines for shows. 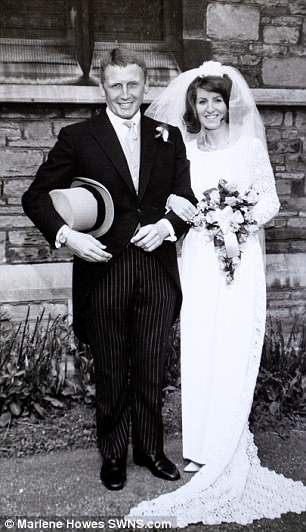 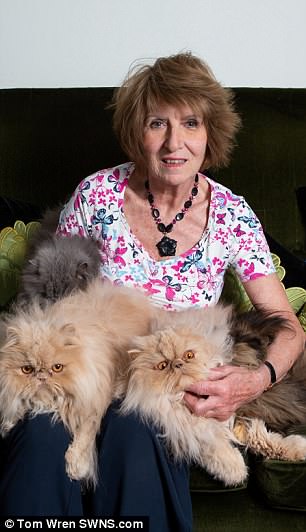 The couple on their wedding day in 1968, and Mrs Howes, right, with some of her cats Trevor and Marlene Howes pictured with her cats Leo and Marvie

She said: ‘Trevor is not a cat lover – he wouldn’t want them all around the house.

When I met him, I had seven cats. It’s a lot to most people.

‘He had a cattery built in the garden, so he didn’t have to share the house with them.

I put my life into my cats. It did contribute to us splitting up.

‘I’ve been breeding Persian cats since before I met Trevor, they are some of the best winning cats in the world.

‘My auntie bred poodles and I used to show and train her dogs, until I was 17, then I took up cat breeding.’ 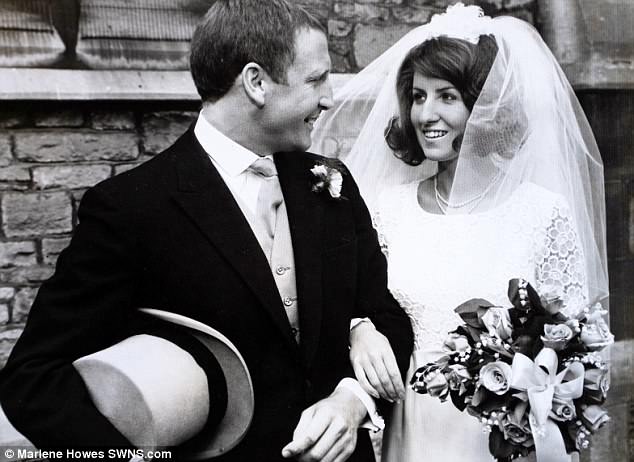 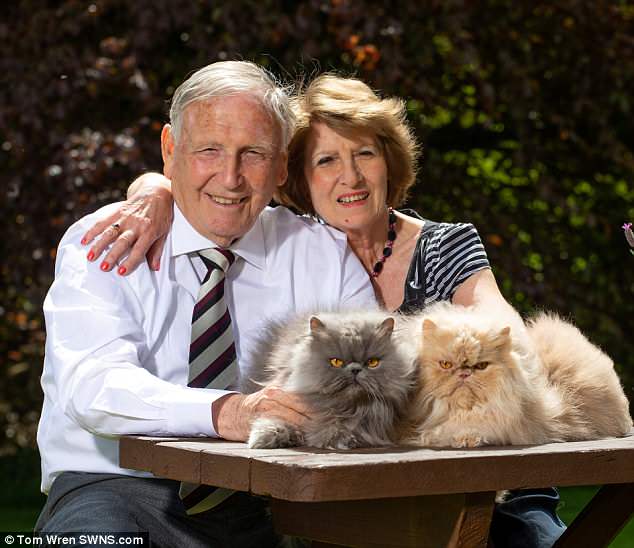 Trevor added: ‘Marlene and I lost contact all together. Then I just switched on the TV one evening and out of the blue, there she was.

‘She had six or seven cats when we met, and ten when we divorced. Now the current arrangement is that we live in separate houses.

Their daughter Juliet, 47, played matchmaker and encouraged her mother to go to meet Trevor for a meal.

Marlene said: ‘I got a message from my daughter, that her father would like to go out for a meal with me.

‘I did go out for a meal, and we started going out regularly. We went off for drives into the hillsides of Wales, and to the seaside. It just became a regular thing.’

Their romance started in the 1960s at the Bristol Lawn Tennis Club, and they married in 1968.

Marlene and Trevor, a professor of precision engineering at the University of Bristol, had kids Juliet and James, 46.

Trevor remarried after divorcing Marlene, but was widowed ten years ago.

At their recent wedding at Usk Registry Office, Marlene wore a grey shift dress with Maid Marion sleeves, and Trevor wore a grey suit with a striped tie.

It was a far cry from their first ceremony, a white wedding in St Nathanael-with-St Katherine Church in Redlands, Bristol, on September 12, 1968.

Marlene said: ‘It was a super day.’

Trevor added: ‘We met somehow, we got together and that broke the ice.

‘We went out for a meal. It was just like when we first met.

‘She was a pretty lady then, and she is now.’

The couple will spend their honeymoon in Crete.