A divorced scientist finds a friend in his new pet octopus in tonight’s BBC 2 show Natural World: The Octopus in my House.

Professor David Scheel, who is based in Alaska, studies octopuses as a marine biologist, in the wild. However, on tonight’s show he invites Heidi, a day octopus, also known as a cyanea, to live with him for a year in a salt water tank to see how it reacts with its surroundings.

He says on the show about his living situation: ‘I got divorced and she took most of the living room furniture, so I wanted to get a pet.’

However as Heidi becomes more confident with her new home she bonds with his daughter Laurel and even watches the TV with the family.

Professor David Scheel (pictured) who is based in Alaska, studies octopuses as a marine biologist, in the wild 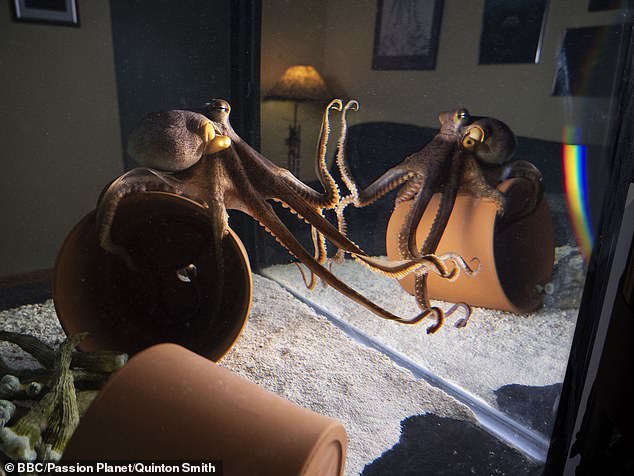 On tonight’s show he invites Heidi, a day octopus, also known as a cyanea, to live with him for a year in a salt water tank to see how it reacts with its surroundings

Talking about his decision to invite her into the house he says: ‘My daughter was eager to have a pet, she wanted a dog, so this was a comprise between her and her dad who is a marine biologist – actually, its not a comprise  – because I got the octopus.’

However, his daughter Laurel is more than happy with her their new pet, and tonight’s documentary sees her spend time with her new friend – bonding with it as it climbs up her arm and blows jets of water in her face.

Laurel goes on to say: ‘Some of the things that she does reminds me of what a dog would do – racing towards the side of the tank, looking excited to see me.’

Laurel even goes as far to say that she loves to watch the TV with her: ‘As soon as we put the TV on a few minutes later she would come closer to the side of the tank and closer to the TV.’ 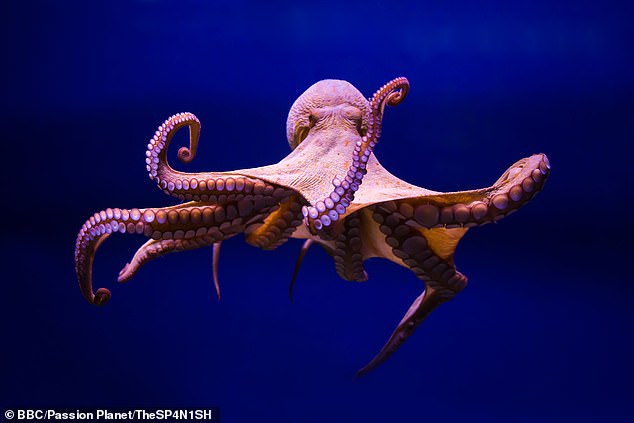 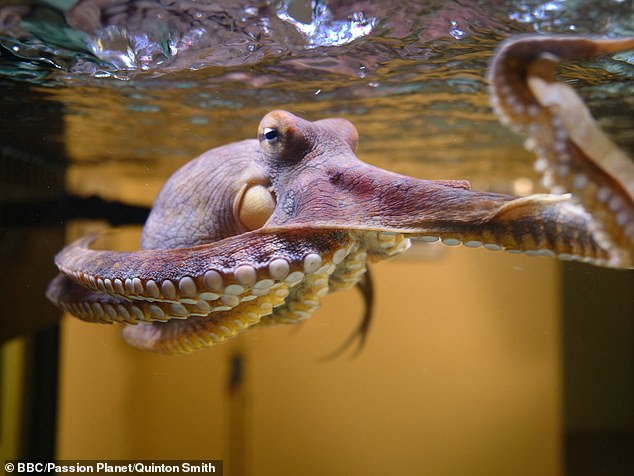 ‘She started doing that every time we came – so we would have TV time with the Octopus,’ Laurel admitted.

David told the Telegraph: ‘Laurel maintained that Heidi liked comedies the best but obviously the BBC’s Blue Planet II has to be right up there.’

‘She would stay where she could see the screen, then she would tuck herself into bed and go to sleep.’

The professor went on to say that Heidi may even recognise him and his daughter. Experimenting by putting on a mask when he weighed her and gave her food – she quickly became more aggravated – as she didn’t seem to know him.

Laurel also says that they named the octopus Heidi as, ‘she used to hide in her den when we first met her, and once she found out that we meant food she quickly came out.’ 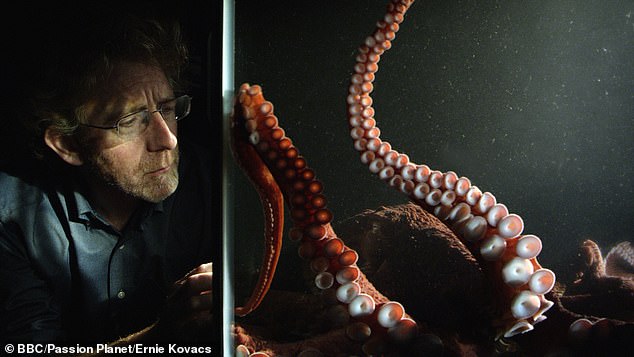 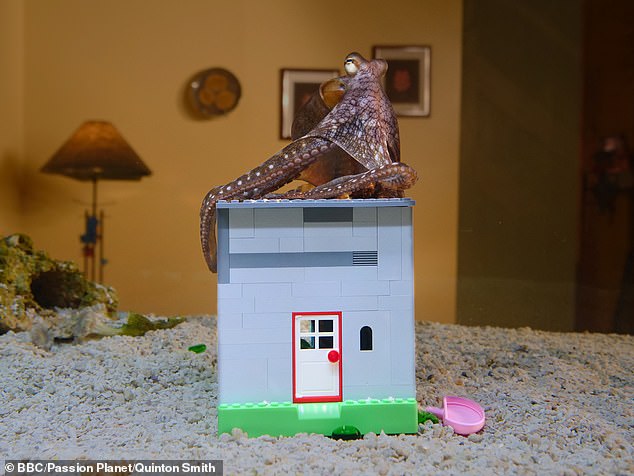 Earlier on in the show David said: ‘Inviting an octopus into your home is no small undertaking, it is going to allow me more time with them than I’ve ever had, when I visit them in the wild I only stay with them for as long as I can stay in the water.’

Talking about his time with other octopuses in Alaska he said: ‘I work with species which are native to here, the largest in the world, they can be as big as I am.

‘Sometimes they are a bit too enthusiastic, and try and wrap their legs around you, you don’t want them to get hold of your air supply.’ 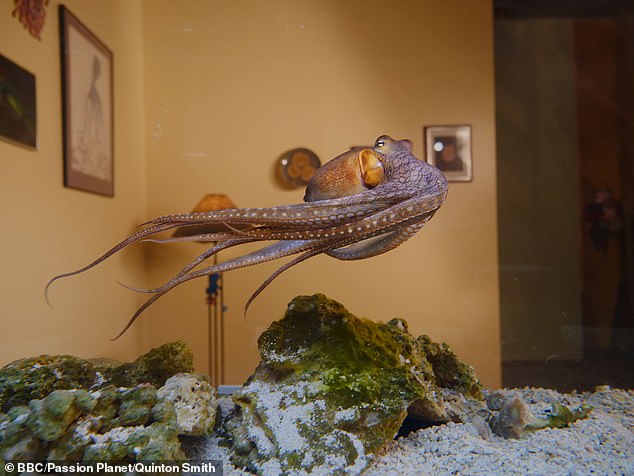 Heidi swims in her tank and bonds with both David and his daughter on tonights The Octopus in my House: Natural World 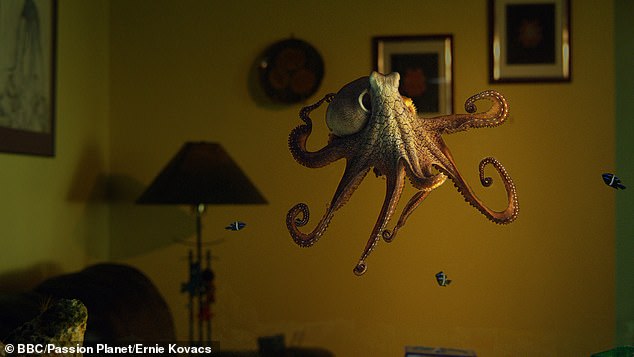 Towards the end of the show David admits: ‘Having a octopus in the house has enabled us an intimacy, which is just not possible in the lab.’

Throughout we see Heidi changing colours, especially when she wants to camouflage from her prey.

However it is when she sleeps which is most impressive, going form a dark orange colour to a white.

As octopuses only live for around 2 years towards the end of the show David contemplates losing their new friend and says: ‘It’s been a privilege to have a relationship with such a strange but wonderful creature.’