A divorcing wife who rebelled against her ultra-orthodox Jewish background has won a £1.4m court battle with her strictly religious ex-husband over their family home.

Shlomo Kliers has filed for divorce from estranged wife Miriam Kliers, 46, after she left him in 2012, ditching their traditional lifestyle for a new non-orthadox partner.

Relations between Mr Kliers, who stayed living in the couple’s home in Stamford Hill, North London and his ex have since been ‘hugely acrimonious’ a court heard.

Mr Kliers accused her of ‘adultery’ in his divorce petition and condemned what he claimed was his wife’s ‘unreasonable behaviour’ in turning against the strict ‘religious and cultural’ conformity which had ‘been an integral part of their lives.’

Shlomo Kliers (right) has filed for divorce from estranged wife Miriam Kliers (left) after she left him in 2012, ditching their traditional lifestyle for a new non-orthadox partner

He has now formed a new relationship and moved his partner into the family home with him and the three children he had with Mrs Kliers.

Since fleeing the marriage, Mrs Kliers has publicly spoken out against the restrictions placed on women in orthodox Jewish communities and the difficulty she encountered in getting an education.

Now after a legal ruling that awarded her a three quarter stake in the property, she will be seeking a court order turfing her ex out of the £1.4m house so it can be sold.

Mr Kliers appealed against this legal ruling, saying a divorce judge would have awarded him at least half, if not all, of the house and it is grossly unfair for her to be left with so much of the family wealth.

But this was refused by judges today and victory was handed to his wife.

Judge Patrick McCahill at London’s High Court heard the former couple married in 1995, having both been brought up in the well known ultra-orthodox Jewish community in Stamford Hill. 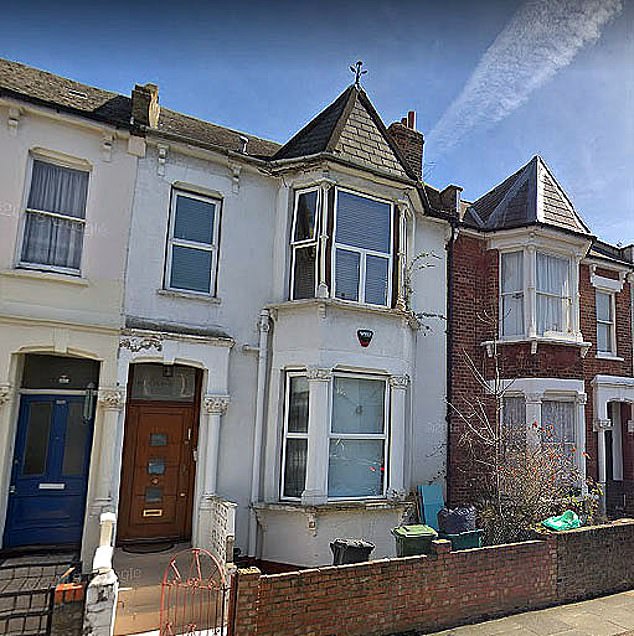 In traditionalist Jewish communities, arranged marriages are common and the role of breadwinner is often taken by the wife rather than the husband.

Ultra-orthodox Jewish men are expected to commit themselves to religious study, whilst women deal with the more worldly physical aspects of life.

Mrs Kliers turned away from her husband’s lifestyle after struggling against the religious establishment since she was a teenager, over opposition she says she encountered to her getting a normal education.

She eventually obtained a degree through the Open University and, in 2012, she brought the 17-year marriage to an end with a ‘factual separation’, by fleeing her husband and the community.

However she says she was obliged to leave her children behind, living with their father.

She went on to obtain a Jewish divorce in 2013, but Mr Kliers responded with a civil divorce petition to the Family Court in July this year.

That was after Mrs Kliers had succeeded in a High Court fight over ownership of the family home.

Judge Murray Rosen QC ruled in April that Mrs Kliers owns a three-quarter stake in the property, based on money her father contributed to the purchase price.

Her ex, who was left with just a quarter of the house’s equity, was later debarred from defending her application for possession and sale of the property.

He also failed in a bid to get the case transferred to the Family Court, in the hope that a divorce judge would hand him a bigger stake in the house, or even all of it.

The judge who refused the transfer ruled that the husband’s belated divorce petition was a ‘cynical ploy’ designed to increase his share of the house.

Appealing against that decision, Nicholas Fairbank, for Mr Kliers, said he could only achieve a fair outcome if the case went before a family judge.

‘What Mrs Kliers wants to achieve is four and a half times more of the equity in this property coming to her. I would submit that cannot be right,’ he said.

Mr Fairbank urged the judge to transfer the fight to the Family Court, given that Mr Kliers has now officially filed for a civil divorce.

‘Adultery was alleged’ in the husband’s divorce petition, and the barrister added: ‘Pleading adultery is always contentious.’

‘This is a hugely acrimonious case. This house is being ordered to be sold and Mrs Kliers is having four and a half times the equity of her ex-husband.. The starting point should be equal division,’ he told Judge McCahill.

‘It doesn’t matter how the home is owned by the parties. There would be an argument for him getting all the equity and retaining the house,’ he said.

‘Mr Kliers may be forced into rented accommodation. The Family Court would be looking to avoid that if possible.’

But Peter Shaw QC, for Mrs Kliers, said the husband’s ‘cynical ploy’ in trying to get the case before a divorce judge should not suceed.

He said Mrs Kliers had served the possession application on her ex-husband in May, but he was still in the house.

Mr Fairbank replied: ‘We are open about the fact that the only reason Mr Kliers petitioned for divorce and seeks to have the case transferred to the Family Court is to establish ownership of the property and seek to preserve the home for himself.’

Handing victory to the wife, Judge McCahill said: ‘On 9 July 2018, the husband issued a divorce application on the basis of the wife’s behaviour.

‘The essence was that the wife had a new partner and had left the religious and cultural community in which they had been living and which had been an integral part of their lives.

‘Judge Rosen made an order that the husband quit the property, he having been in occupation throughout. The husband continues to live in the matrimonial property.’

He said the judge who refused to shift the case to the Family Court ‘took the view that the transfer application was a cynical ploy to advantage the husband.’

Since 2012, he had been living in the house paying only modest sums towards the interest only mortgage.

The judge concluded: ‘In a bitterly disputed case, where everything has been disputed, the judge was entitled to conclude that the divorce petition on grounds of behaviour was a cynical ploy with Mr Kliers having a cynical ulterior motive.

‘It was open to the judge to take the view that he did take that it had been a cynical ploy. The material was there for him to rationally come to that decision.

‘I cannot say that he came to a decision which was plainly wrong and I would not interfere with his decision.’

In an interview in 2015 Mrs Kliers complained about trouble she had getting an education as she grew up in the ultra-orthodox community.

She claimed she asked permission to sit maths and English GCSEs, but was told she would have to pay for the examinations herself.

She added: ‘They say it’s ‘traditional’ for women to pop out eight or nine children and then support them on a single wage with little or no education….this is a dangerously irresponsible message.

‘I decided that no one gets to tell me what to do to my body, my hair, or how to dress. Enough was enough.’