Dixon back for another Indy 500 try after spectacular…

INDIANAPOLIS (AP) – Scott Dixon has no trouble watching replays of last year’s Indianapolis 500, when a car driven by Jay Howard slid across the track and sent him catapulting into the catch fence.

Dixon understands that crashes happen in auto racing. They happen at unpredictable times and unbelievable speeds, especially at Indy. Everything is magnified at the hallowed racetrack, success measured in hundredths of seconds and the failures leading to devastating wrecks.

“It’s part of racing. It wasn’t my first crash. It won’t be my last,” said Dixon, who will start outside in Row 3 in Sunday’s race. “You just hope you’re lucky enough, and we’ve been very lucky to be in modern-day racing where safety standards are so much higher.”

Indeed, there have not been any fatalities in IndyCar at the track since 1996, when Scott Brayton was killed testing a backup car in practice. But the way Dixon went airborne after driving up on Howard, and the way his car disintegrated in flames when it hit the fencing, undoubtedly left thousands of race fans wondering whether the popular New Zealand driver had become the next.

Remarkably, Dixon not only walked away from the wreck but did so with a smile and shrug, finishing second the following week in Detroit and winning a few weeks later at Road America in Wisconsin.

Tagging along for the entire ride was a film crew from Universal Pictures.

Dixon had granted unfettered access to his pursuit of a fifth IndyCar Series title, beginning with his preparations for the season and ending long after his third-place finish in the standings. The result, “Born Racer,” is scheduled to be released later this year.

“Obviously we’re at a point in my career where we’ve achieved a lot. The team has, too,” said Dixon, who has had the pole three times for the Indy 500 and won from there in 2008. “It was just really trying to find the right fit, making sure the essence of what they were capturing was good.”

The film, directed by Bryn Evans and produced by Matthew Metcalfe and Fraser Brown, provides viewers with an inside look at an IndyCar team. It wades into some controversy, the pressure and the euphoric highs that drivers experience on a week-to-week basis.

It also provides an intimate look at Dixon away from the track, where his wife Emma and their two daughters, Poppy and Tilly, are firmly planted at the center of his universe.

“I think I can speak for all the wives, fiancées, girlfriends, other halfs, but when I speak of Scott’s wins, I always say ‘we.’ It’s really bad. I catch myself saying it sometimes,” Emma said. “The team, Chip, Scott, Mike, everybody behind the team has done very hard work.

“I don’t know,” she said, “when he’s up on the top of the podium, I’m feeling that win, too. Not just because I love my husband and I’m proud of him, but it really does feel like a win for us.”

Of course, that also means the family had to endure his startling wreck last season. But they know perhaps better than anyone that racing is in Dixon’s blood, and that there is little they could say to make him walk away. He’ll put family first but racing is a close second.

“The girls actually, they love what daddy does. Sport is a small window. We’re never like, ‘Man, he’s not coming home.’ It’s not a thing for us in our family,” Emma Dixon said. “Sometimes he’ll go to an appearance, I’m like, ‘Go straight to the test. It makes no sense to come home.’ I don’t want Scott fatigued at the test. I want him doing his best job. When Scott is at home, he’s very present. That’s what he does so well, same as at the track. That’s all he cares for.”

Dixon has spent almost his entire career with Chip Ganassi Racing, joining the team in the old days of CART and helping to elevate it to incredible heights. He has weathered the ups and downs of the sport, enjoyed the triumphs and shrugged off the wrecks, all with the most even of dispositions.

That’s another reason why nobody was surprised that, after his crash last year at Indy, he was ready to hop back in the car the moment he walked out of the infield care center.

“I think Scott represents who we were, who we are and who we will be,” said Mike Hull, the team’s managing director. “He wants to make himself better because he knows that makes the team better. He pushes really, really hard. He represents the lineage we’ve had over the years of champion race drivers.” 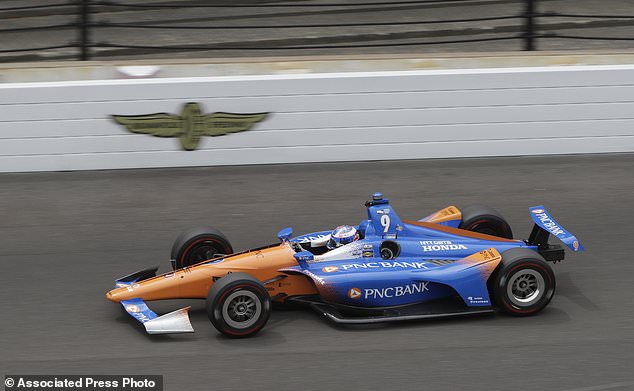 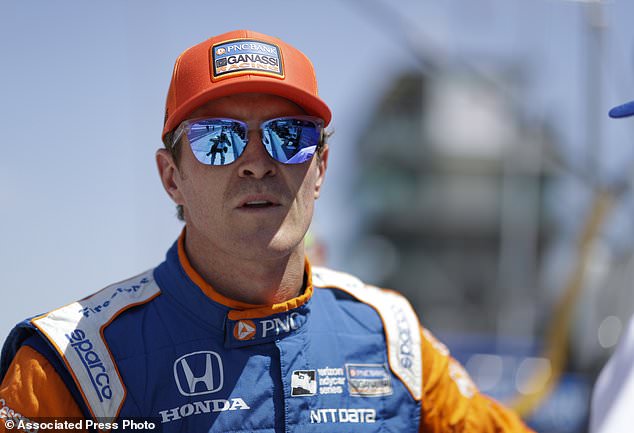