A self-described ‘DIY-Pro’ has revealed how to make your very own wrapping paper from scratch using paint and a sponge.

Geneva Vanderzeil showed off her incredibly effective wrapping paper in a recent TikTok video where she also showed her 347,000 followers how to make their own.

In the step-by-step video Geneva draws a grid on a yellow sponge before slicing along the lines and removing every second square, to make a chess-board pattern. 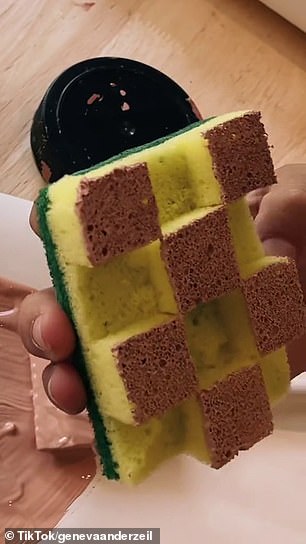 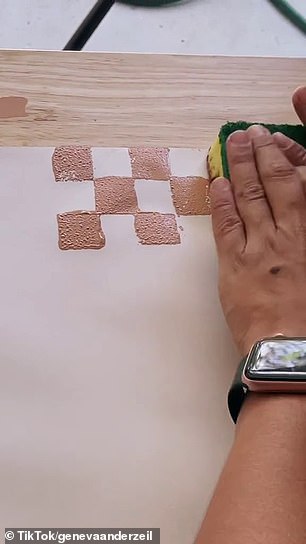 She then chooses her paint and soaks the yellow side of the dish sponge before spreading out her plain piece of paper.

Once the whole piece is stamped she leaves it to dry, not worried about imperfections or patchy paint.

Then she wraps her gifts, adding gold ribbon and bells to go with the home made paper.

And people were impressed with the paper which looked excellent en-mass.

Geneva made the video in response to comments on an earlier posts which followed the same method using a potato as the stamp instead of a sponge. 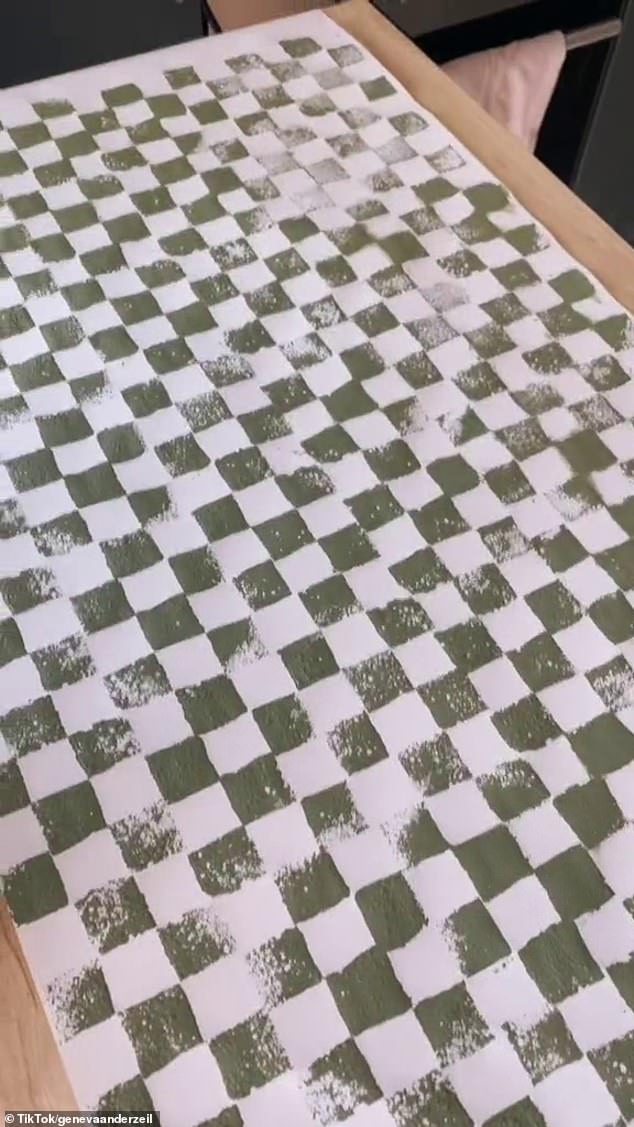 The print doesn’t have to be perfect, as shown in the above picture, as each imperfection adds to the effect

In that post Geneva revealed she buys the long rolls of kids paper from Ikea which costs just $8 for 30metres.

Some of her fans said they prefer the potato method but many agreed it was better to use a sponge than ‘waste food’.

The original video, which was posted earlier this month, has been seen more than 47,000 times.