DIY SOS host Nick Knowles jokes ‘I can drive home, right?’ as magistrates ban him from getting behind the wheel for six months and fine him almost £1,500 for speeding and using a mobile phone in his Range Rover

DIY SOS host Nick Knowles has been banned from driving for six months and fined almost £1,500 after admitting to driving while using a mobile phone and speeding.

The presenter and former I’m A Celebrity… Get Me Out of Here! contestant appeared before Cheltenham Magistrates’ Court this morning after he was caught doing 85mph in a 70mph zone.

He previously admitted exceeding 70mph in his Range Rover on the A417 Brockworth Bypass, while using his mobile phone, on January 28.

After he was sentenced by magistrates, Knowles joked: ‘I can drive home, right?’

Knowles then told him: ‘I’m joking.’

Knowles, 56, told magistrates that he had a hands-free kit in his car but was holding his phone due to a ‘dodgy power lead’.

The court heard he was driving at 85mph when he was caught by a police mobile speed camera.

Mr Hill told Knowles, from Cirencester, Gloucestershire, the ban would be enforced as it would not cause him ‘exceptional hardship’.

Mr Hill told him: ‘We take into account that you have shown remorse.

‘From this moment in time, you are not able to drive any motor vehicle in any public place.’

Speaking after the case, Knowles said: ‘For me, this was a wake-up call and me putting my phone in the boot of my car now stops the temptation.

‘The six-month ban was appropriate because to give anything else would be giving me special privilege.’ 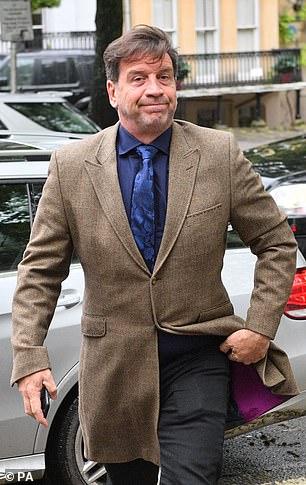 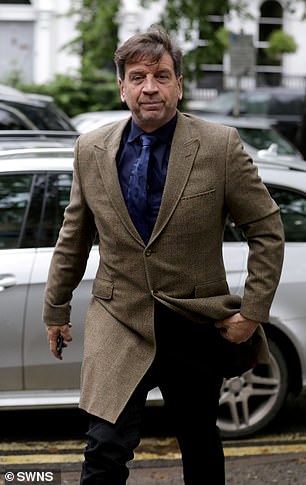 The presenter and former I’m A Celebrity… Get Me Out of Here! contestant is pictured left and right arriving at court today