A DJ who introduced electronic music to Burning Man more than two decades ago also says he’s responsible for ruining the festival, which now attracts hundreds of thousands of people including celebrities and the wealthy.

Terbo Ted said he was the first-ever DJ at Burning Man. He said he was invited to the Black Rock Desert to play by the festival’s co-founder Larry Harvey after his friends stumbled across an ad in a local magazine promising ‘an experience in the desert’.

Ted said there was a phone number on the ad, and when he called it Harvey offered him and his friends to bring their music and a speaker system.

This was in 1992, a year after what began as a summer solstice ritual on the beach made its way to the Nevada desert. 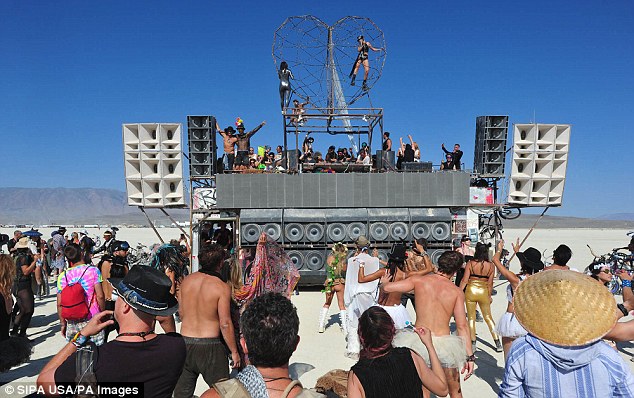 Some say that was time Burning Man morphed into a massive, week-long art festival, while others believe it was the beginning of the festival’s downfall.

According to Ted, the San Francisco Cacophony Society brought Burning Man to the Black Rock Desert but didn’t like the idea of sharing the space with Ted and his raver friends. 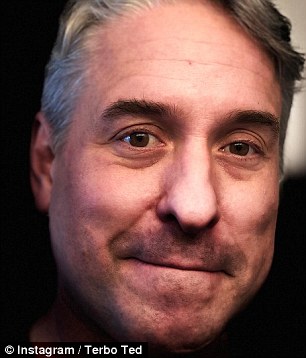 ‘The pranksters blamed us for everything,’ Ted told the San Francisco Gate. ‘For us to bring dance music culture out there — they thought we were bringing consumer trash. They hated what we were doing.’

At the time, only a small group of people knew what Burning Man was. To help get more festival-goers -or burners – out to the desert Ted began heavily promoting it which led to more ravers, hippies and tech bros trekking out to Black Rock.

Ted, however, isn’t solely responsible for the fall of Burning Man. The outlet points out that ‘extravagant camps’ throughout the playa, children who apparently attend with their parents, the addition of high-speed internet and the swarm of wealthy businessman and women are also causes.

Ted, who has attended the festival off and on over the past 26 years, said he has learned to appreciate what Burning Man has become.

‘I accept it. It’s going to be different every year,’ he said. ‘That it even happens is amazing, and it’s the most modern city in the world. The culture’s bigger than Larry. It’s bigger than me; it’s bigger than any one person. So you can’t say anyone really owns it.’ 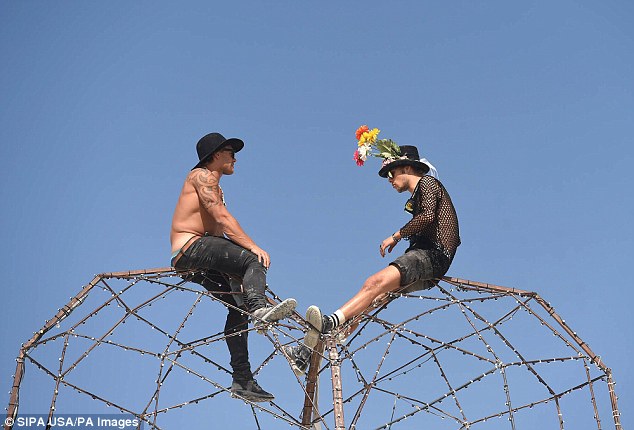 Celebrities, models and the wealthy all trek out to Burning Man. Pictured are burners at the festival on August 29 In 1992 when Ted started playing there only a few people attended, now hundreds of thousands attend