DJ Mighty Mouse dies in his sleep at Spanish villa

Cult DJ Mighty Mouse has died ‘suddenly’ at his Spanish home from an apparent aortic aneurysm.

The producer, whose real name is Matthew Ward was a pioneer of the UK’s house and disco scene from the 2000s.

His label Defected Records announced his death last night, saying he leaves behind his partner Ellen and mother Judy. 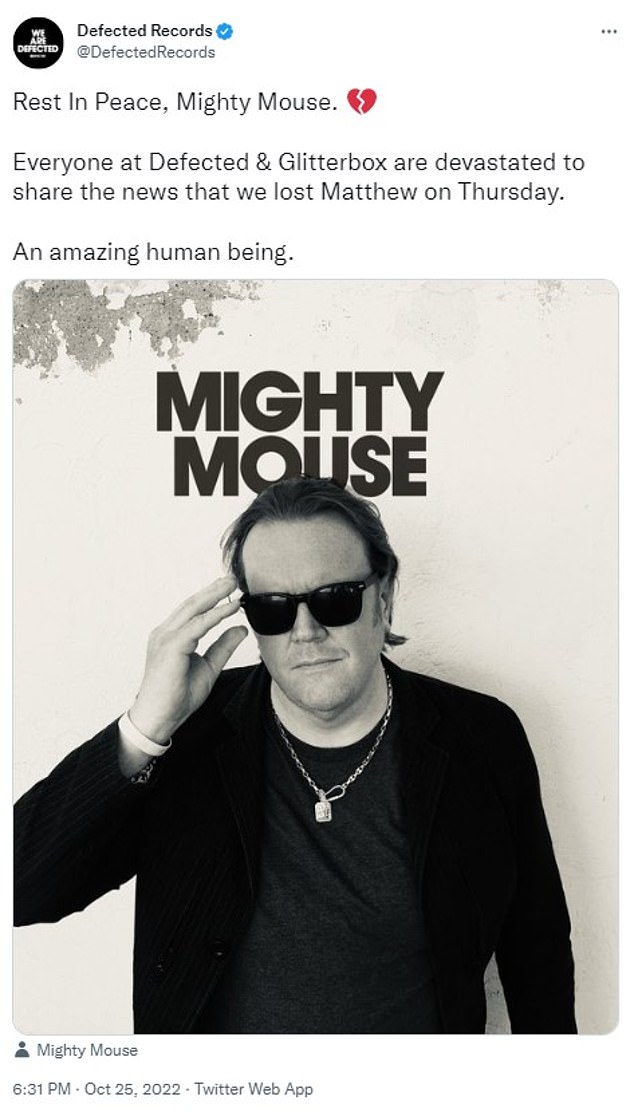 Their post said: ‘We are devastated to confirm that Matthew Ward aka Mighty Mouse, died suddenly last Thursday at his home in Spain.

‘We are all lost without his enormous presence and talent.

‘Our thoughts are with his partner, Ellen, and his Mum, Judy, as well as his wider family and many, many friends and fans.

‘We would ask you to please respect the family’s privacy at this terrible time.’

The international DJ made his breakthrough with his critically hailed Disco Circus mix series. 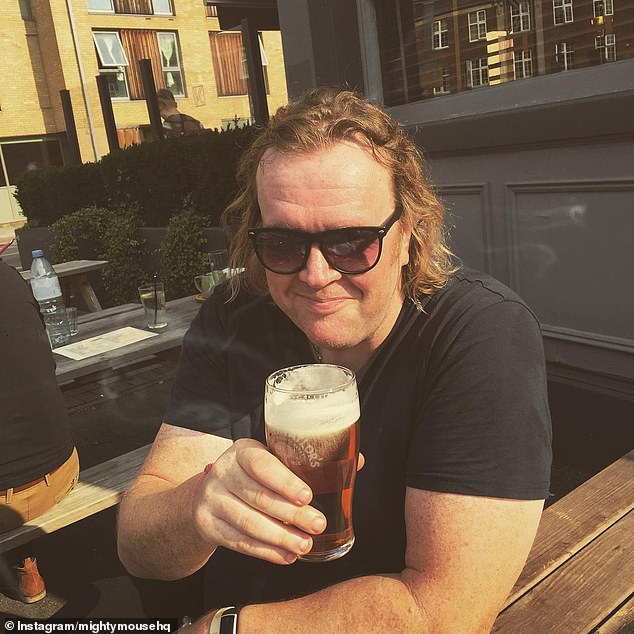 He has since been a regular on BBC Radio 1’s dance shows and has collaborated with major DJs including Groove Armada, Pete Tong, Craig Charles, Andrew Weatheral and Dimitri from Paris.

Just two days before his sudden death, Mighty Mouse posted about new music he was due to release.

The DJ was also booked to play at a Halloween party in Newcastle this Saturday.

Tributes have been pouring in for the star since his death was announced from fans and fellow DJs.

Producer Little Louie Vega added: ‘A very kind human being and talented. We had a wonderful chat a few months ago in the UK in the green room at the club we both played. Rest in peace.’

International star A-Trak simply replied to the news: ‘Oh no.’

DJ Jason Dee added: ‘Saw him in Sydney in 2019 supporting Late Nite Tuff Guy and he was excellent.

‘He played his remix of Abba and it rocked the place.

‘This was long before his edit was heavily supported the world over.’