The blonde bombshell, whose real name is Dara Hayes, wore nothing but a crown made of vegetables for the photo shoot.

The 26-year-old concealed her breasts with her hair in the advertisement, which features the slogan: ‘Go natural, go vegan’.

DJ Tigerlily has stripped naked in a new campaign for PETA, following in the footsteps Sophie Monk and Pamela Anderson

In a YouTube video posted on Tuesday, DJ Tigerlily spoke about her reasons for going vegan while proudly wearing a PETA T-shirt.

‘I think I’ve always been interested in animal rights and veganism,’ she said.

The musician added that it was her cousin Rosie who first inspired her to embrace a plant-based diet. 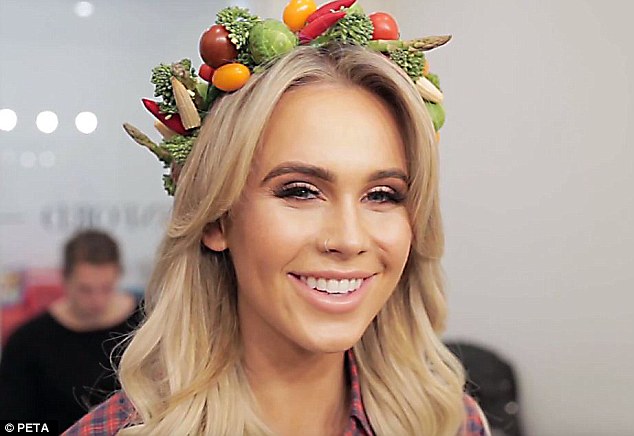 Lending her support: In the print advert, the blonde bombshell faces the camera with her long locks cascade down to cover her breasts

‘The best thing about being vegan is the way that it makes you feel, and the immense amount of energy and happiness that I get after every single meal,’ she added.

‘It’s about feeling good on the inside and letting that show on the outside.

‘I know that I am nourishing my body, I’m helping the environment, and I’m putting all my energy and good vibes toward a cause that I feel so, so passionate about.’ 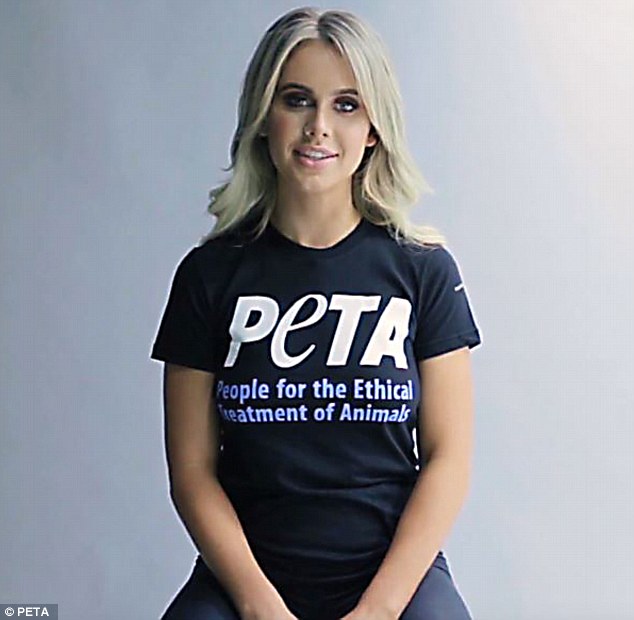 Speaking up: In a YouTube video interview for PETA, uploaded on Tuesday, the DJ is seated on a stool wearing a black PETA T-shirt. She gives her reasons for being vegan, while behind-the-scenes footage is shown of the photo shoot

Tigerlily is a globally recognised DJ with a following of more than 650,000 people.

Besides veganism, she credits weight training as her ‘secret weapon’ when it comes to staying fit and healthy.

By posing naked for PETA she is following in the footsteps of A-list stars like Sophie Monk and Pamela Anderson. 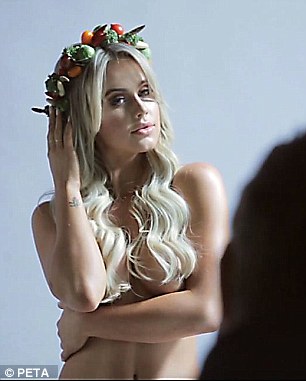 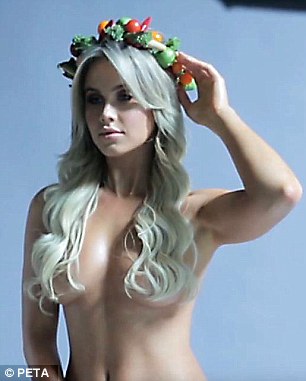 Converted: ‘I think I’ve always been interested in animal rights and veganism’, Tigerlily says in the video, and reveals that it was a conversation she had her cousin, ‘Rosie’, two years ago that inspired to integrate veganism into her life 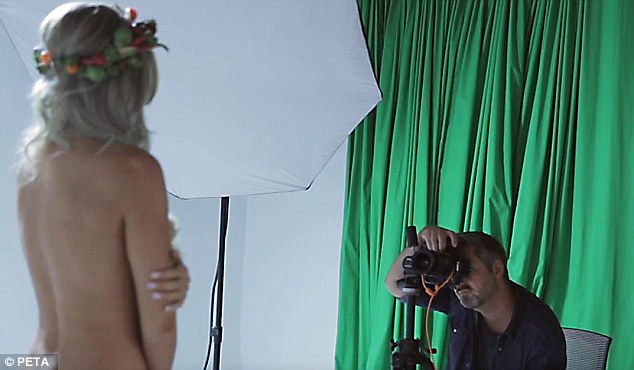 Campaign: The video ends with the DJ urging viewers to order their ‘vegan starter kit’ at peta.org.au