DMX was sentenced to a year in jail and three more of supervised release on Wednesday in New York City in connection with tax fraud.

The 47-year-old performer appeared before Federal Judge Jed Rakoff, who told DMX that his offense was ‘brazen and blatant’ and necessitated a stiff sentence, according to the AP. Prosecutors initially asked he spend five years in custody for the infraction, when factoring in past crimes he’s been convicted of.

Rakoff permitted a request from DMX’s laywer Murray Richman to play the rapper’s 1998 song Slippin’ in the court, in an attempt to illustrate the many adversities he’s faced in his life, beginning from childhood.

Sentenced: DMX, 47, was sentenced to a year in jail and three more of supervised release on Wednesday in New York City in connection with tax fraud. The rap artist was snapped outside of an NYC court in August of 2017

Richman pleaded to the court that it was better if DMX, whose real name is Earl Simmons, was free, as he’d better be equipped to take care of his 15 kids and repay the $2 million in back taxes he’s on the hook for.

The New York native, who’s been in custody since January after a failed drug test while out on bond – told the judge that he ‘was in a cloud’ and not ‘following the rules’ in the time that paved the path to the tax violation, acknowledging that he’s too old to be making these types of mistakes.

Rakoff said he felt the Party Up (Up in Here) artist ‘is a good man’ but ‘his own worst enemy.’ 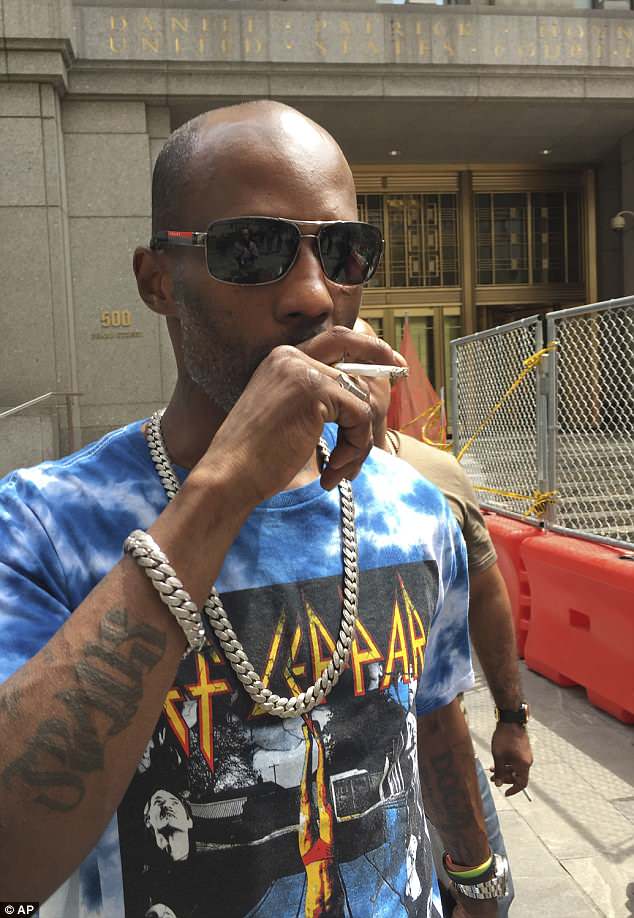 Contrite: The performer acknowledged that he had made mistakes during Wednesday’s hearing

DMX last November pleaded guilty to a count of tax evasion in a deal with officials, with TMZ reporting that he was looking at a total of 44 years behind bars on 14 counts in the case.

In late January, he was placed back in jail after a drug test revealed he’d taken cocaine and oxycodone during a time he was slated to be in a rehab program, the outlet reported.

He’d been caught on camera in St. Louis airport drinking, which was another infraction of the terms of his probation, the outlet reported. 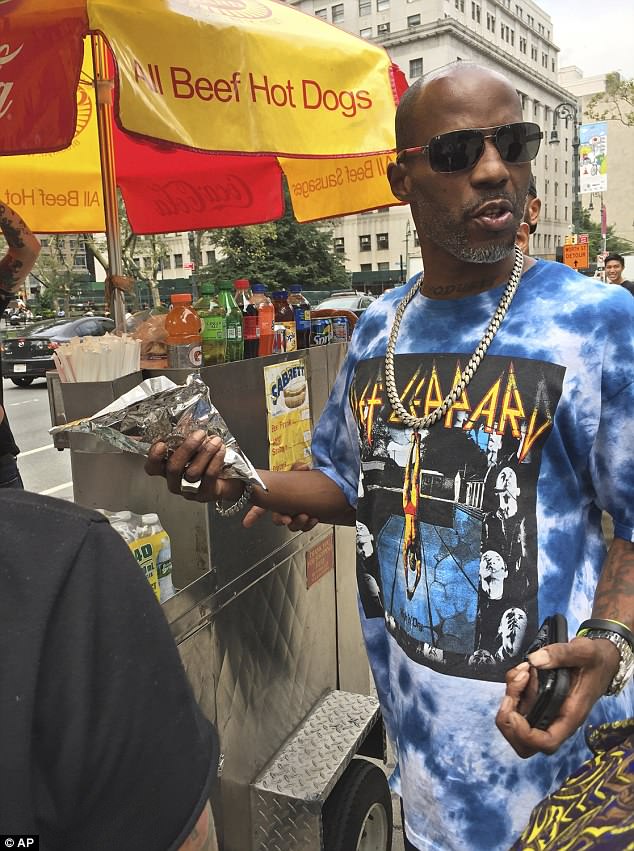