Do basic, Serps and graduated state pensions all rise 10.1% in April?

My pension is made up of basic, Serps, and graduated retirement benefit elements. In April 2022, it was increased its entirety by 3.1 per cent.

Following the Autumn Statement, we are told that the basic pension (I am on the old, lower, pension) will rise with inflation of 10.1 per cent but it is not clear whether the other elements will be included in the rise.

Do you have the answer to this?

Inflation worry: My state pension is made up of basic, Serps and graduated – do they all rise 10.1% in April?

My other question is regarding the £300 one off payment to pensioner households. Will this again be in addition to the normal Winter Fuel Payment, or will it be given instead of it?

I am over 80 so this year will get £600 which will be very welcome. Once again we should think about what is not said!

Steve Webb replies: With inflation running at such high levels it is important to understand how far pensions will rise next April to keep pace with rising prices.

In my reply I will deal with your specific question and also explain how other pensions are likely to rise next year.

Starting with the state pension, you have mentioned that you are on the old (pre- 2016) system which means your total pension includes different elements – notably a ‘basic’ state pension of up to £141.85 per week and an ‘additional’ state pension (often called Serps or State Second Pension).

The rules around the uprating of these elements are different, although as it happens, this year they will all go up by the same amount.

The old basic state pension is covered by the Government’s ‘triple lock’ policy. This means that it should go up by the highest of the rate of inflation (in the year to September), the growth in earnings or a floor of 2.5 per cent.

For the ‘additional’ state pension, there is no ‘triple lock’ promise, so the rule is that this goes up by inflation each year.

This means that your additional amounts (Serps, graduated retirement benefit) will also rise by 10.1 per cent.

For those on the ‘new’ state pension (who reached pension age since 6 April 2016) the process is slightly different.

Anyone currently getting more than the full flat rate amount is receiving what is called a ‘protected payment’.

This extra amount is not covered by the triple lock promise but instead is simply linked to inflation. This means that on this occasion it will also rise by 10.1 per cent.

Turning to the one-off payment to all pensioner households towards winter fuel bills, I can confirm that the £300 is on top of the normal Winter Fuel Payment.

In your case, as someone over the age of 80, you should therefore receive two lots of £300.

A full list of the new rates of pensions and benefits for 2023/24 can be found here.

For those receiving occupational pensions, the rise next April will vary from scheme to scheme. 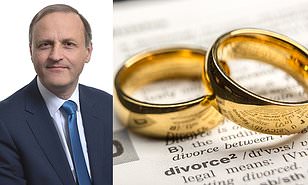 Retired public servants will generally get a full inflation link, so should get a 10.1 per cent rise on their occupational pension as well as on their state pension.

For those who receive company pensions, the increase will depend on the rules of their scheme.

In a few schemes, pensions will rise by this full amount.

However, the rules of many company pension schemes apply a cap to the size of any pension increase.

A common cap would be 5 per cent, which means that even though inflation was double this figure, the pension paid out will only rise by 5 per cent.

Unfortunately, some schemes will have less generous terms than this and may only pay out in line with the legal minimum.

The legal rules are complex but in some cases there may be little or no increase in respect of service before 1997, which means the oldest members may get the smallest increases.

Pensions earned from service post-1997 will rise, but by much less than the rate of inflation.

For people whose pensions are now paid by the Pension Protection Fund, the annual increases will be well short of the rate of inflation.

For service from 1997 onwards, the increase will be inflation capped at 2.5 per cent, whilst for service prior to 1997 there is no increase at all.