‘Do I have social skills? I’m not sure – I’ve got social media!’ Trump’s bizarre riff at sport event

President Donald Trump bragged he may not have social skills but he’s got social media, making his Twitter prowess known at the White House sports and fitness day Wednesday.

‘Do I have social skills? I don’t know. I have social media, that’s for sure,’ the president said before athletes and children who came to participate in sports clinics on the White House South lawn.

Trump has 52.3 million Twitter followers and is the most followed world leader on the social media platform, surpassing Pope Francis in October of last year. 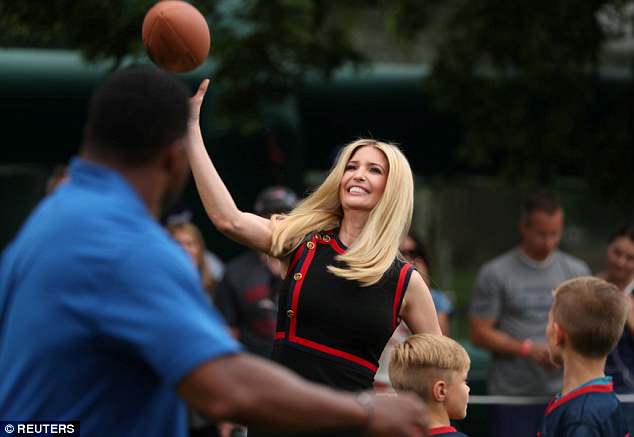 Ivanka Trump throws a pass to former NFL star Herschel Walker during the White House Sports and Fitness Day. Walker showed her how to grip the ball and they high-fived afterward. 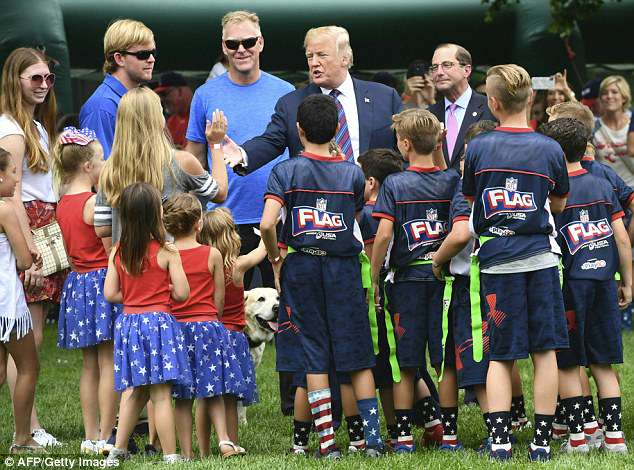 President Donald Trump spent about 20 minutes walking around the White House lawn, talking to children and posing for photos.

Trump attorney Rudy Giuliani was spotted in the crowd, wiping his forehead on a hot muggy Washington DC day.

The purpose of the day was to encourage children to participate in sports.

One question the White House did not address was the president’s own health and fitness.

In January Dr. Ronny Jackson, the White House doctor, said the president weighed 239 pounds and needed to lose 10 to 15 pounds of that.

When Ivanka Trump was questioned on Tuesday about his fitness routine during a call previewing the sport and fitness event, a White House press aide told reporters she’d left for another meeting.

And the White House press office did not respond to the DailyMail.com’s questions about the president’s personal fitness plan and if he’s lost any weight.

The White House sports and fitness day featured various sports clinics on the South Lawn – including a batting cage, a couple of flag-football fields, a soccer field and a golf station.

Children, many of them wearing sports jerseys, ran around the lawn.

Trump spent about 20 minutes after his remarks walking around to the various stations and posing for pictures with the kids. 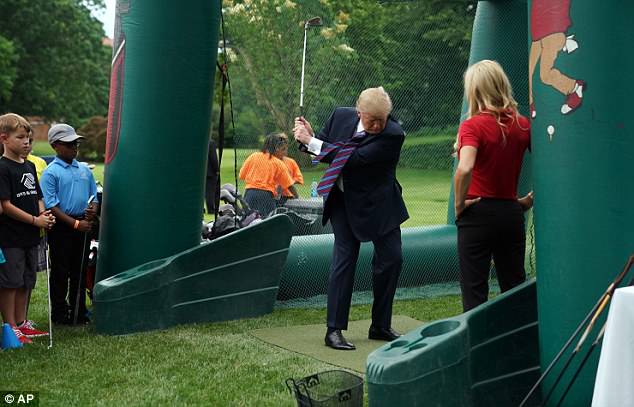 President Donald Trump, who golfs almost every weekend, swings a golf club as he participates in the White House Sports and Fitness Day. Ivanka Trump, in a Gucci dress, joined her father for the White House sports and fitness day. 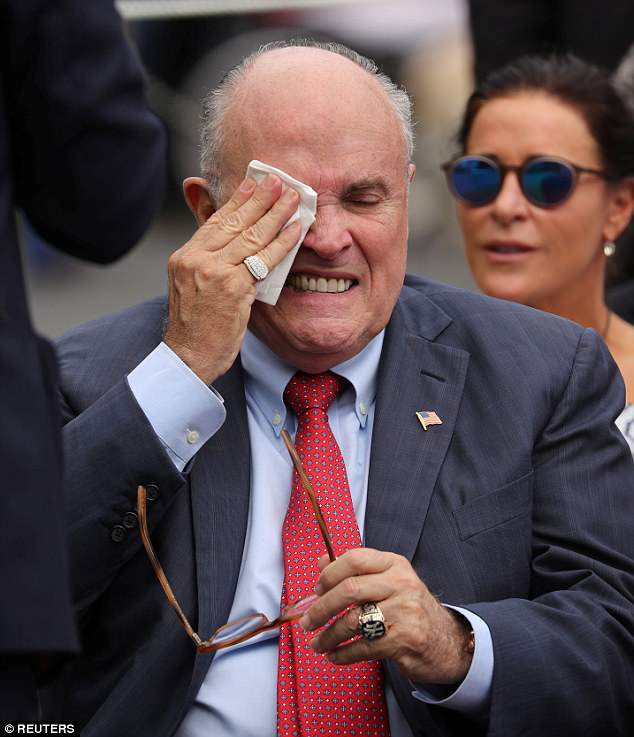 He paused at the golf station to watch a few kids hit the ball.

After the kids finished, Trump, who plays golf nearly every weekend, took a swing himself. He also tried his hand at the batting changes.

Ivanka Trump, wearing a Gucci dress, also got into the action, throwing a football with Walker.

He showed her how to grip the football for a pass before she tossed it to him, he made the catch and they high-fived. 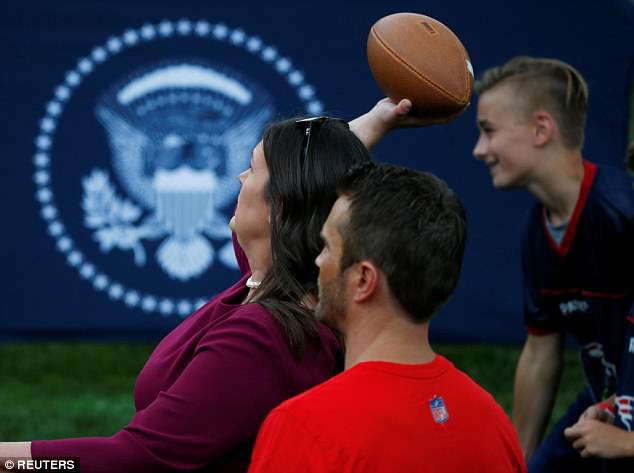 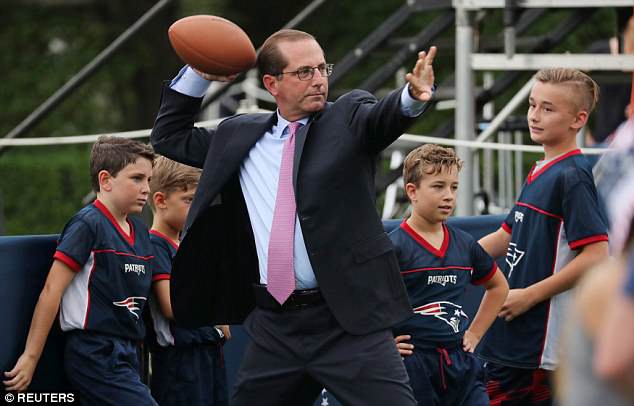 U.S. Secretary of Health and Human Services Alex Azar throws a football as he attends the White House Sports and Fitness Day event.

Trump told the children present that ‘many of life’s most valuable lessons are learned on the field of competition.’

The president, who owns two iPhones, said time on the playing field ‘can’t be replicated on a cell phone or game console.’

He ended with ‘it’s now my honor to kick off a White House field day’ and then warned the kids: ‘It’s very valuable grass you’re sitting on.’