Do you live in one of the happiest places in Britain, asks Rightmove

The residents of a town on the Essex coast will be smiling today after they regained the title of being the happiest place to live in the UK.

Leigh-on-Sea, adjacent to Southend on the north bank of the Thames estuary, already previously once led the list back in 2016, before dropping slightly to third place in 2017.

It is now back on top after scoring highly on several factors, including having a sense of community spirit, good work opportunities, and residents being happy with the local restaurants and shops.

The top ten happiest places to live in the UK, according to the Rightmove research

Other factors taken into account in the research by property website Rightmove included feeling safe and earning enough to live comfortably. 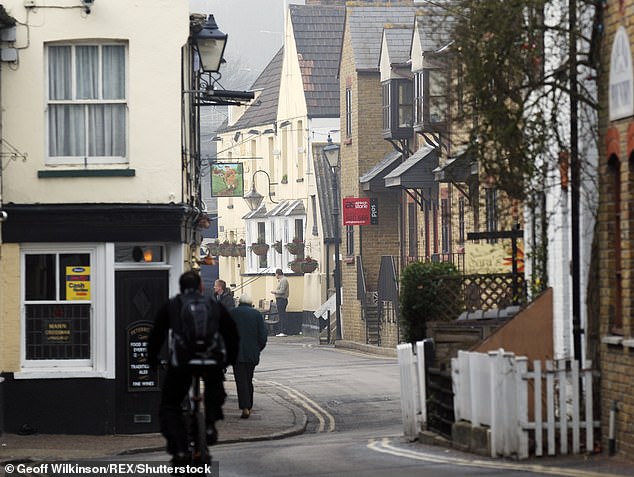 Valerie Morgan, chair of Leigh-on-Sea town council, said: ‘Leigh is a very pleasant place to live, we are very close to the sea and there are plenty of opportunities for people to get out and get some fresh air.

‘We’re all quite friendly here. People like to pass the time of day with one another, rather than ignore each other.

‘There is also quite a large dog walking community down here so there’s lots of social interaction and people stopping and chatting to each other,’ she added.

‘And we’ve got a great micro-climate in this corner of the country, the weather is so lovely.’ 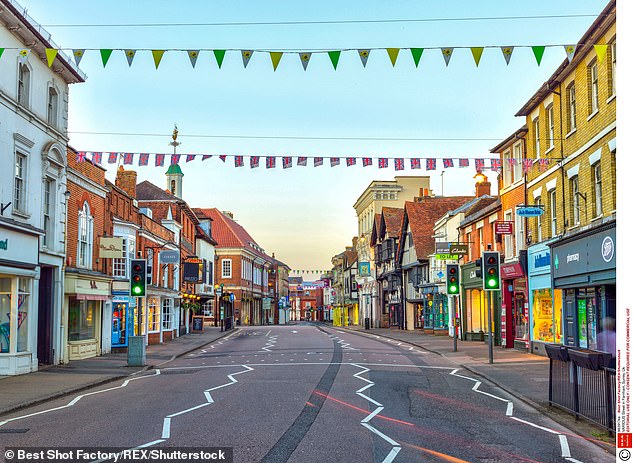 Farnham in Surrey is ranked as the second-happiest place to live in Britain.

Tony Kelly, director of Home Estate Agents in Leigh-on-Sea, said: ‘This is an old seaside, fishing town, but with it being on the commuter belt, has a real city, cosmopolitan feel.

‘It’s a very family-orientated place, and it is a very safe environment to bring up children.’ 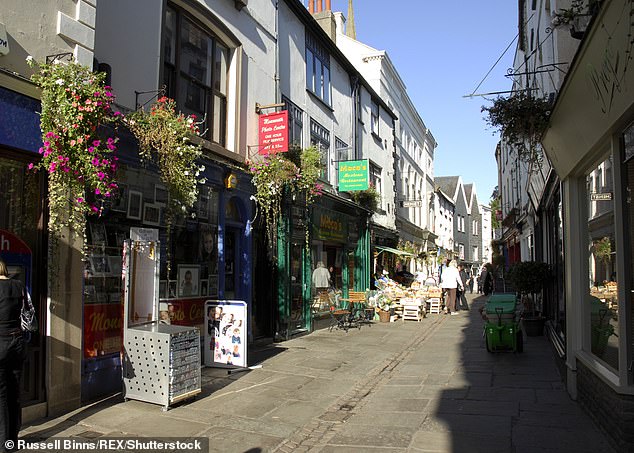 The happiest towns highlight the value of a prominent community spirit, with each of the top 10 locations having a population of fewer than 60,000.

Nationally, second place went to Farnham in Surrey, followed by Monmouth in Wales and Christchurch in Dorset. 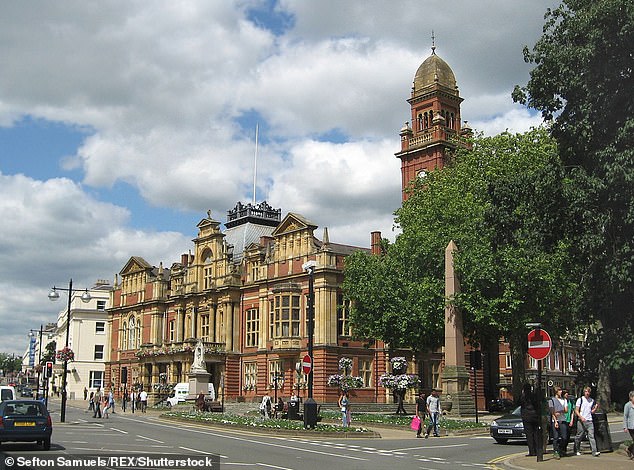 The study asked 21,000 people how happy they are where they live as well, and to rank 12 happiness factors.

These factors also included questions about feeling safe, how happy they are with sports and recreational activities and if they feel a sense of belonging.

It also asked if residents were happy with essential local services such as schools and doctors. 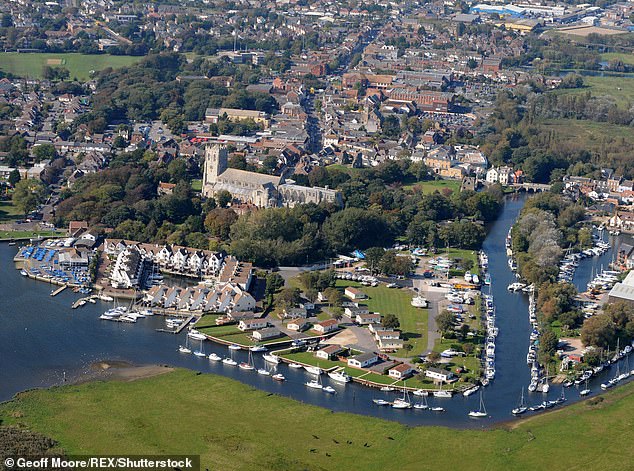 HAPPIEST PLACES IN EACH REGION (with national ranking)

Outside of England, Dumfries in Scotland returned the highest score for community spirit, while Caerphilly in Wales was found to have the friendliest neighbours.

The South East of England is the region that features most prominently in the top 10, with Tunbridge Wells joining Farnham and Newbury in the highest tier of the index.

Rightmove’s housing market expert Miles Shipside said: ‘Every year the factors that drive happiness tend to be about how people feel living in an area and the people around them.

‘This year, however, sense of belonging has become an even bigger driver of happiness, which shows the people of Great Britain really value feeling proud of the place they call home.

‘The relationship of these two factors suggests that people think highly of a thriving community spirit, which could explain why the top 10 are all smaller places.’