Dockless bicycles are a nuisance to vision-impaired and guide dogs

Cities are already a minefield for the vision-impaired and their guide dogs.

However, some haven now voiced their concerns about share bikes adding to the chaos.

Share bikes are bicycles you can hire, with some charging a membership fee, ride for how long you please and then leave in a random location. 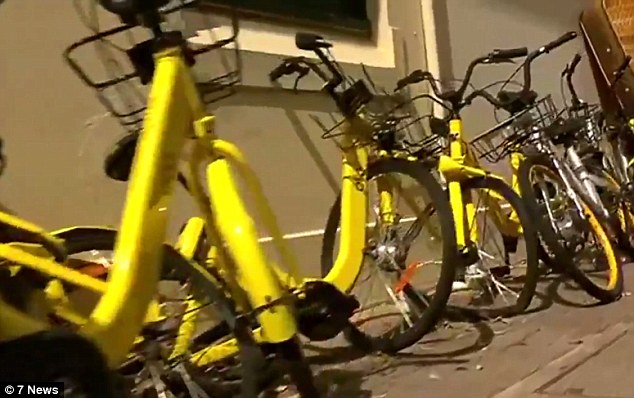 But this can present a hazard, as Donna Purcell found out when she tripped over one of the yellow bikes.

Ms Purcell is visually-impaired and feels that these bikes present an issue to her and her guide dog Dora, especially when they are strewn on the pavement and near traffic lights.

‘What could potentially happen is deprogramming the dog as they wont want to go to the traffic light and push the button and so you’re undoing all of that great training the guide dog has done,’ Ms Purcell told 7 News.

Jennifer Moon Guide Dogs NSW/ACT also told the news program that people need to be more mindful of where these bikes are returned to.

Waverley council collected 60 bikes and charged companies $70 each bike to have them returned.

They want the state government to enforce legislation on share bike companies so they are responsible for the mess left behind by dockless bikes. 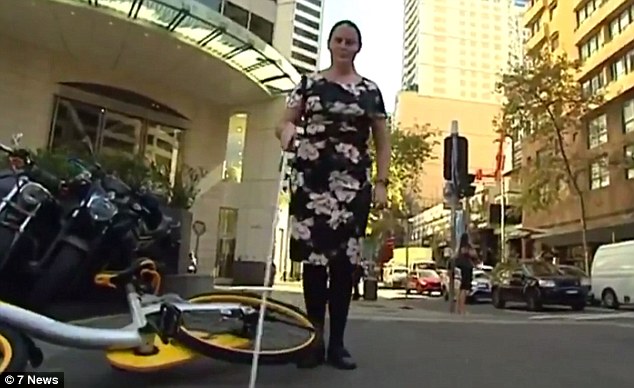 The council even has a webpage encouraging people to ‘park their bike near bike racks but not to take up space for regular bikes that need to be locked to a fixed point’ as share bikes don’t need a parking hoop.

The City of Sydney has even released bike share guidelines.

One even addresses the vision-impaired.

‘Bike placement must not interfere with pedestrian access or amenity. Bikes should be placed kerbside away from the building. Operators will educate customers on the impacts of bike placement to mobility and vision impaired,’ it states.