Doctor, 36, who illegally prescribed himself anti-anxiety pills can keep job

A former Manchester City doctor who illicitly prescribed himself with anti-anxiety medication will keep his job after claiming he became ‘overworked’ whilst treating footballers at the Premier League club.

Dr Matthew Brown, 36, ordered Zopiclone tablets and anti-depressants for himself in the name of a patient before sending intimidating messages to his ex-girlfriend when he suspected she was the source of a complaint about it to the General Medical Council.

Brown, from Stockport, who was lead doctor at Manchester City, used WhatsApp to persuade her to withdraw any statements she might have made against him and also threatened to tell the GMC about the background to their breakup.

Dr Matthew Brown, 36, from Stockport, prescribed himself Zopiclone and anti-depressants tablets in the name of an unnamed patient

In one messages the doctor warned: ‘You need to sort it. You shouldn’t have done what you did. Put the final nail in my medical career’.

The incidents took place when Brown, who worked at City between 2010 and 2018, issued prescriptions of Zopiclone, Citalopram and Ventolin tablets from an online pharmacy between June 2016 and June 2018 in the name of an unnamed patient said to be ‘an aesthetic client.’

At the Medical Practitioners Tribunal Service Brown, who admitted misconduct charges, was given a six month suspension after claiming he had been under stress due to the long hours he worked at City.

He said the investigation cost him a job offer with one international cycling team and he feared a period of suspension would cost him the hope of employment with another.

He told the Manchester hearing: ‘My work at Manchester City developed into working every weekend resulting in insufficient contact with my son.

‘In addition, I was on call 24 hours a day so that, for example, when a player woke up with a cold at 3am, I was called and tasked to visit to provide treatment. This was not an isolated occurrence.

‘I have reflected and accept that during the period in question I did not exercise good judgement, lacked insight into the gravity of my actions and did so due to the stress of working hours, poor time management, and a lack of coping mechanisms.

‘I accept that my behaviour was a serious departure from the standards required and expected of a doctor. I have learnt from this process. 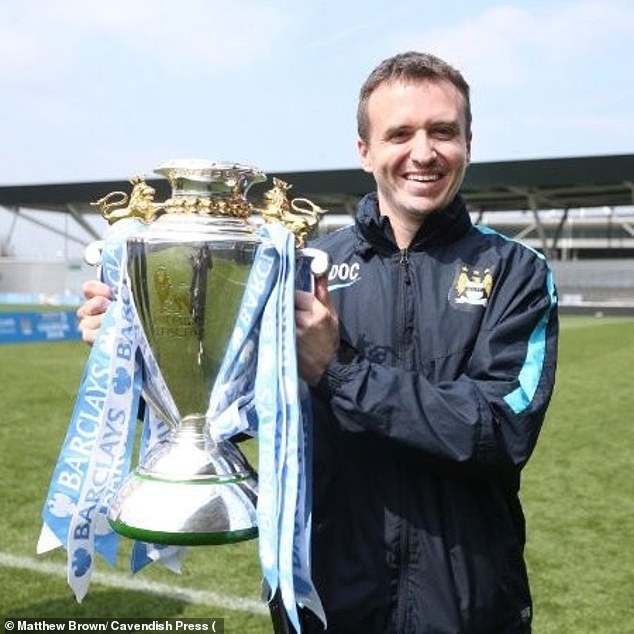 Brown, who was lead doctor at Manchester City, claimed he became ‘overworked’ whilst treating footballers at the Premier League club

‘Though I do not feel that I am a dishonest person, I recognise and acknowledge with deep regret that my actions at this time were dishonest. I was in a relationship with my cohabitee which was not a positive relationship for me as time went on.

‘I believe these factors clouded my judgment though I now have full insight into my behaviour and remorse about my actions.’

The hearing was told how the investigation began after a pharmacist working at Stepping Hill Hospital was approached by Brown’s partner, known as Miss B, who said the doctor had been prescribing medication for himself under somebody else’s name.

The pharmacist informed an online pharmacy service which Brown was using and he was reported to the General Medical Council.

It emerged Miss B had shared pictures of boxes of medication at the home she shared with Brown.

The doctor later contacted Miss B and indicated someone told him he was self prescribing antidepressants and she responded that she had not spoken to the GMC.

He then replied: ‘Not a problem if you did, just need an email retracting any statements. If you did a quick email to withdraw the claims, that would be great. You need to sort it. You shouldn’t have done what you did. Just reply to the GMC, put the final nail in my medical career’.

He later sent Miss B a further message saying: ‘Just to confirm you’re still going along with this. Either contact the GMC and withdraw it or it continues. If it continues, please never contact me again’. 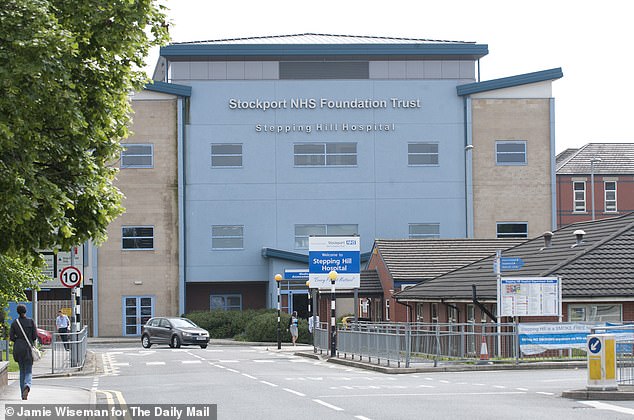 Brown, from Cheadle Hulme, Stockport, who is due to study a masters degree in Medical Law and Ethics, admitted issuing ‘one or more medications’ in the name of Patient A for his own use but insisted the zopiclone was for the patient – claiming it was to help him sleep.

He said he last met Patient A on June 12, 2018, and he has not seen or heard from him since despite attempts to contact him.

Brown told the hearing: ‘The one-off supply was used by Patient A for the control of short-term insomnia due to his international travel. I accept that the self-prescribing was done on more than one occasion but this was all while I was in a difficult work/home life situation.

‘All of these factors have been removed. I no longer work seven days a week and night-time at Manchester City FC, I ended my relationship with my cohabitee and moved out, I have my son again two or three nights per week including weekends.’

He added: ‘I fully understand that I should not have engaged in trying to avoid malicious accusations but instead, I should have allowed the GMC to conduct the process properly and with complete transparency.

‘This would not have happened if the ”potential” witness had not been someone that I was close to and I did not appreciate at the time that I was actually making matters worse.

‘Part of the explanation relating to my actions is that I was bitterly disappointed and angry because the GMC scrutiny of my practice in November 2018 led to a sports team withdrawing a job offer that I desperately wanted.

‘I became a doctor because of an underlying passion to help people and make a difference. I can only hope that my stupid mistake will not cost me that dream. The chance of me ever self-prescribing again is quite simply zero. 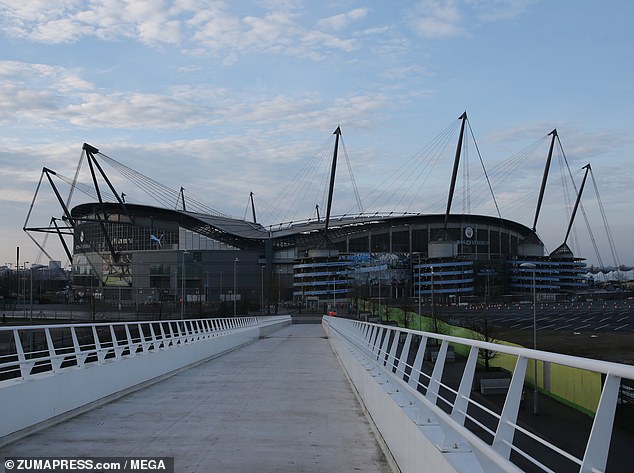 ‘This mistake has had a huge negative impact on my life for which I take full responsibility and which I will never repeat. I have improved myself in terms of the recognition of my emotions, thoughts and feelings.

‘When I lost my dream job because of the potential GMC investigation, I realised that everything I had ever worked for in my career was at risk and at that moment it made me feel that my medical career was not worth pursuing.

‘My own actions had let myself down. I would never put myself in this position again because the feelings and emotions I have experienced in the last 18 months are enough to make me never want to experience them again.

‘I have been offered a part-time role with an international cycling team, providing emergency medical cover at the side of the race.

‘This would be due to start immediately at the conclusion of the tribunal.

‘This is potentially an ideal career pathway for me and fits in extremely well with my personal life. I would ask that my career prospects be considered. I have already lost a job with an international cycling team due to my actions and clearly a suspension would lead me to lose another similar job.

‘This is due to the current situation regarding other high-profile investigations into doctors working in professional cycling. I hope that the public will benefit from my being a better doctor now and a better person.’

‘Failing to see that obtaining medication in another patient’s name was dishonest led to inexcusable poor judgement on his part.’

Brown will face a review hearing later this year.

MPTS Panel chairman Mrs Jayne Wheat told him: ‘The dishonesty was committed whilst Dr Brown was in a difficult personal relationship, was overworked and was not able to arrange regular contact with his son.

‘It was unsophisticated dishonesty – the medication that Dr Brown obtained was for his own use and was for a previously diagnosed and continuing condition. There was no evidence of drug abuse or of any financial gain.

‘However this was active and deliberate dishonesty by using the name of a patient over a period of approximately 18 months.

‘There was interference with a GMC investigation, in an attempt to avoid his dishonesty being exposed. This was self-serving and involved discouraging and intimidating a witness.

‘The tribunal considered whether erasure was an appropriate sanction but was satisfied a member of the public in possession of the full facts of this case would not consider Dr Brown’s misconduct to be fundamentally incompatible with continued registration.

‘It recognised that he is a doctor who clearly has potential and it would not be in the interests of the wider public, or his own interests, to impose a period of suspension longer than six months. It will send out a signal to the doctor, the profession and public about what is regarded as behaviour unbefitting a registered doctor.’

In 2017 Brown took responsibility for ‘admin errors’ following a 2016 investigation into City for breaching Football Association anti-doping rules which dictates that all clubs must constantly give notice on the location of their players.

They occurred when manager Pep Guardiola failed to inform the FA of an extra training session in July, a first-team player missed a test in September because he had not updated his address and six reserve players missed tests in December because they had been given the day off at late notice.