Doctor helps women through labor by dancing with them

Childbirth may be one of the most excruciating experiences a person can endure.

But this Brazilian doctor has devised a method – supported by science – to ease the pain: dance routines.

His latest video, posted on December 15, shows a woman, who developed diabetes while she was pregnant, dancing with the obstetrician while awaiting the arrival of her baby.

Dr Fernando Guedes da Cunha posts videos on Instagram of himself busting a move with women in labor. Pictured: The obstetrician dancing with a patient in a video posted on December 15

‘Dance, walk, activities with a ball of physiotherapy and squats, are part of the patient’s verticalization, which greatly favors labor. We are increasingly trying to implement human measures to improve assistance to pregnant women,’ Dr Cunha said.

Dr Cunha made headlines last summer when he posted a video of himself dancing to ‘Despacito’ with a patient at his hospital Unimed Vitoria.

Many of his dance routines include squats, hip movements and shimmies.

The hospital, which posted the video on their Facebook page, said busting a move while in labor ‘contributes to relaxation and facilitates the birth of the baby.’

Labor, on average, lasts about eight hours, according to experts at Baby Center, but many studies have shown that dancing, a form of exercise, can result in a shorter and less painful labor.

A 1998 study published in The New England Journal of Medicine found women who walked or moved around during had shorter labors.

Another study published in a 2003 issue of Nursing Research found women in labor experienced worse back pain when they were lying down.

Movement during labor will also result in a less painful delivery.

‘It will help shift the pressure of the baby pressing on maternal skeletal structures and organs,’ Dr Kaplan added.

However, this unusual initiative may not benefit everyone in labor.

A 2017 study published in The BMJ found first-time mothers who lied down after receiving an epidural, a pain-relieving shot, had a slightly shorter delivery than those who didn’t.

There’s been a recent surge in videos of women dancing through labor.

In 2016, NFL player Antonio Cromartie and his wife Terricka, who was pregnant with twins, went viral after they released a video of them dancing to Kidd T’s Baby Mama Anthem in a hospital room.

Australian Kortni McLady went viral in 2015 when she shared a video that showed her water breaking while she was dancing and lip syncing to Justin Bieber’s hit song Sorry. 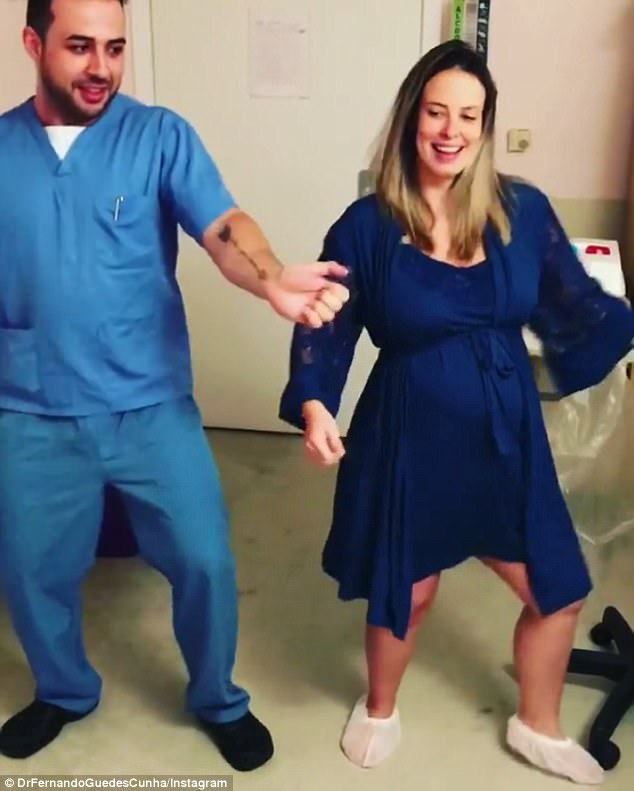 Dancing isn’t the only thing that gets women through labor.

Opting for an epidural shot — the most common use of relief of labor in the US — can relieve neck, arm and back pain during delivery.

Kegels, a pelvic floor exercise, has also been associated with easier labor.

‘Pregnant women … often find they have an easier birth,’ according to the American Pregnancy Association. ‘Strengthening these muscles during pregnancy can help you develop the ability to control your muscles during labor and delivery.’

Women whose pregnancy is overdue, lasting more than 40 weeks, can induce labor by eating licorice. 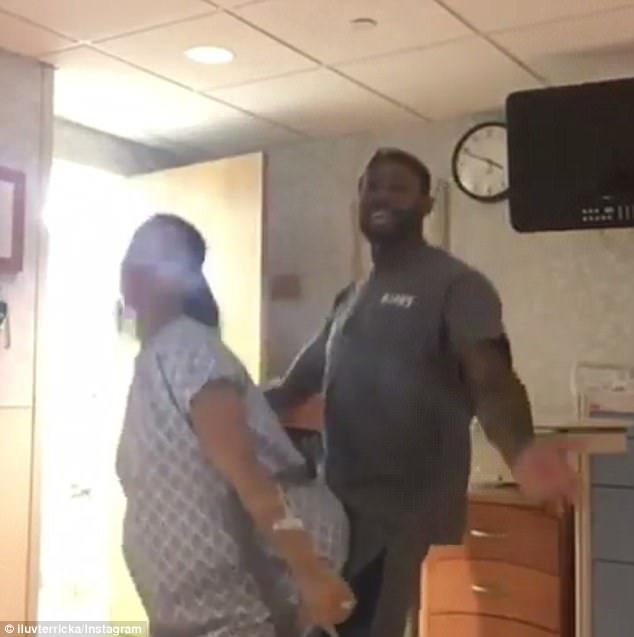 NFL player Antonio Cromartie and his wife Terricka dancing to Kidd T’s Baby Mama Anthem in a video shared on May 8, 2016

However, a study published in a 2017 issue of the American Journal of Epidemiology have linked women who eat licorice during pregnancy to lower IQs in children.

Nipple stimulation, manually or with an electric breast pump can also induce labor, according to the American Pregnancy Association. They say when the nipple is stimulated, the body produces the hormone oxycotin, which stimulates contractions.