Celebrities have a huge influence on their fans, especially when it comes to health.

Given their lithe figures and glowing complexions, many believe their tips are the key to looking red-carpet-ready.

However, a top doctor warns some of the most widely-shared advice is dangerous, putting you at risk of infections, burns and even organ damage.

According to Dr Lauren Streicher, an author and associate professor of obstetrics and gynecology and Northwestern University, most of her patients and readers are surprised to hear that celebrities earn money from promoting certain health fads.

‘I think people just assume that since they are famous that they have some inside information,’ Dr Streicher told Daily Mail Online. ‘It never occurs to fans that the celeb is making huge money from their advice.’

While she does concede that some stars promote healthy practices, like Pilates and mindfulness, others veer off into dangerous – and often ludicrous – directions.

Here, she singles out which celebrity health advice should be taken with the biggest heap of salt.

Gwyneth Paltrow: ‘Use a coffee enema’

Actress Gwyneth Paltrow’s lifestyle website Goop recently posted a Beauty and Wellness detox guide that recommended the Implant-O-Rama System At Home Coffee Enema system, which is a device people used to inject coffee via the anus to cleanse their rectum, large intestines and liver.

Coffee enemas, which are made from drip-grind boiled coffee, are thought to rid the body of a variety of toxins, including cancer causing ones, but Dr Schreicher says that’s not the case.

During this procedure, hot coffee, is inserted into the rectum and large intestines through the anus using a device called enema.

She said the risks of coffee enema outweighs the benefits.

Since coffee is a hot beverage, injecting it into the anus can result in burns.

The enema device, which is used to inject liquids into the anus, can damage the bowel and intestines tract by poking holes in it, Dr Schreiber said.

It even has the potential to disrupt the intestine’s bacterial flora – complex community of microorganisms that live in the digestive tracts – leaving it open to an infection. 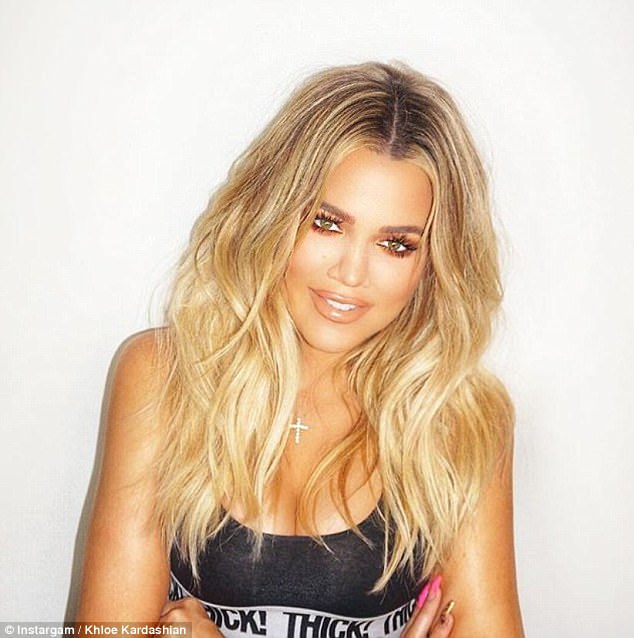 Khloe Kardashian has an app filled with lifestyle tips, including advice on how to make a healthy cocktail and which foods boost metabolism.

Last year, the 33-year-old reality star shared a list of products for women to keep their ‘lady parts happy.’ On that list was wipes to keep the vulva, opening of the vagina, clean and prevent unpleasant odors.

However, Dr Streicher said there’s no need for women to use wipes on their vulva. If there is a persistent odor, it could have something to do with the vagina’s pH balance, not hygiene.

She said vaginal odor is most likely an internal issue, and won’t be solved with wipes.

‘If you have bad breath and you try to solve it by washing your face, your breath will still stink,’  Dr Streicher said.

The danger in using vaginal wipes is that they can cause irritation and vaginal rashes, Dr Streicher explained.

They also allow women to chalk the odor up to a hygienic issue and what’s happening inside their body.

‘It’s like spraying perfume on the outside of the vagina to get rid of an odor that could signify an infection,’ she said.

Many obstetricians refer to the vagina as a ‘self-cleaning oven.’

Using vulva wipes can cause irritation, rashes and throw off the vagina’s pH balance.

However, the HHS and most gynecologists warn against such a practice, insisting these products could throwing a woman’s vaginal bacteria off kilter, making it susceptible to an infection.

‘The vagina has stuff to keep it clean, naturally,’ gynecologist Dr Alyssa Dweck previously Daily Mail Online.’Our bodies work to keep the bacteria balanced. So, even if you are very concerned about smell, you have to remember that mild stuff goes a long way.’ 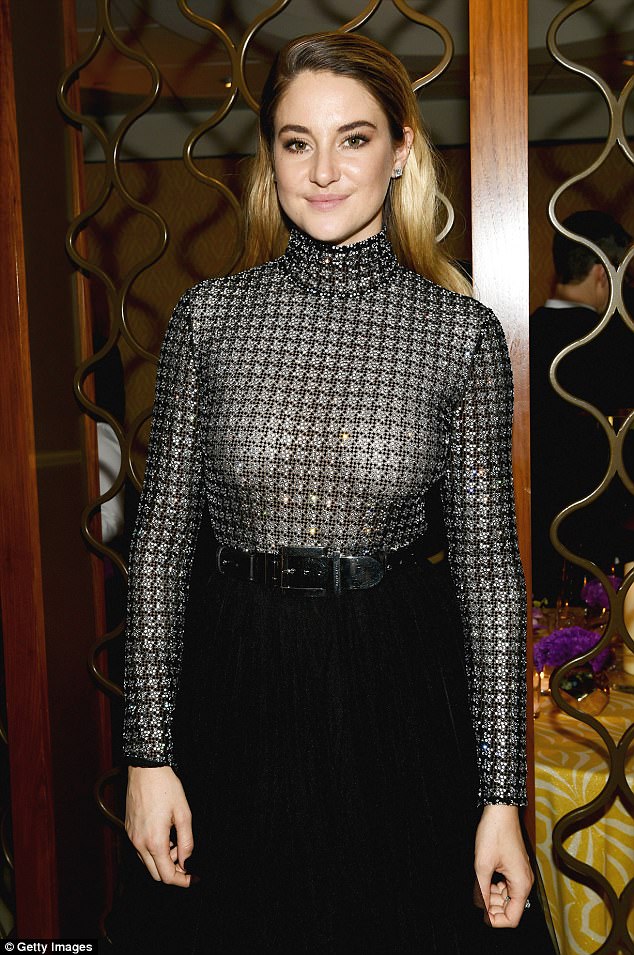 In an interview with Into The Gloss, Emmy-nominated actress Shailene Woodley said she sunbathes her vagina in an effort to stave off yeast infections.

The 26-year-old star said she read an article written by a herbalist that said vitamin D is the best protection against yeast infections and other genital issues.

Although there are many health benefits associated with vitamin D, Dr Streicher said preventing yeast infections isn’t one of them.

In fact, Shailene exposing her vagina to the sun can result in adverse health effects like sunburn and skin cancer.

But Dr Streicher warns vaginas are more susceptible to dangerous reactions to the sun than other parts of the body.

Because vaginas are usually covered up, they don’t have enough skin pigment to protect cells skin cells from UV damage from the sun.

As a result, that part of the body is more vulnerable to sunburn and possibly melanoma.

‘When sensitive skin is exposed to the sun, it can cause a sunburn,’ Dr Streicher explained.

Kandi Burruss: ‘Put sugar in your vagina to make it smell better’ 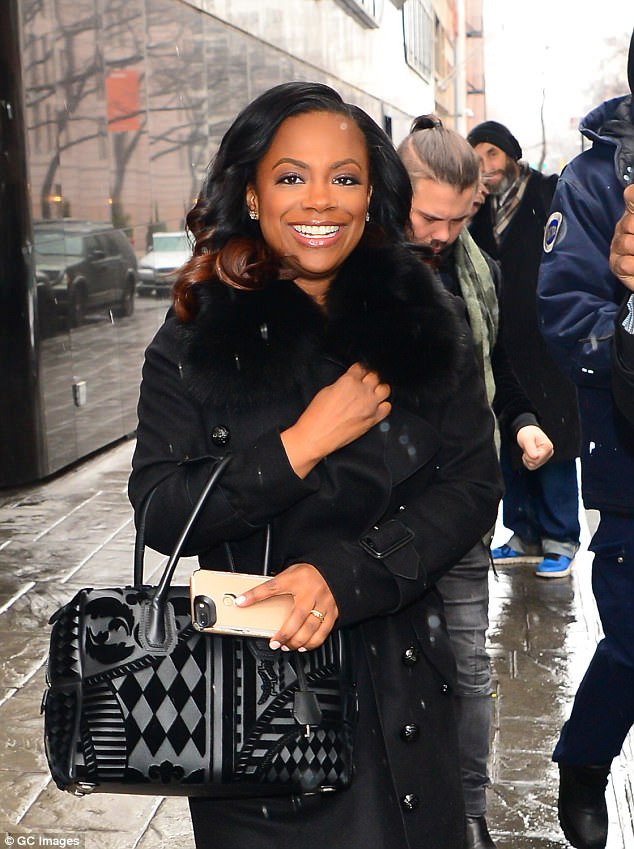 Kandi Burruss’ advice to put sugar in the vagina could cause a yeast infection, according to Dr Streicher

Singer-songwriter Kandi Burruss recommended putting sugar in the vagina on a season three episode of Real Housewives of Atlanta to make it ‘sticky’ and ‘sweet’.

Her advice went viral, with scores of women sharing online that they too were trying the ‘hack’.

However, Dr Streicher said the 41-year-old reality star’s advice is a quick way to get a yeast infection, which causes the vagina and vulva to itch.

This means inserting sugar in the vagina could throw off bacteria and yeast proportions and can cause infections.

The most important reason for this is that vaginas harbor a delicate balance of bacteria.

For many women, one or another species of Lactobacillus has become the dominant bacterial resident.

Lactobacillus bacteria pump out lactic acid, which keeps the vaginal environment at a low, acidic pH that kills or discourages other bacteria, yeast and viruses from thriving.

There are even hints that certain Lactobacillus species reinforce the mucus in the vagina that acts as a natural barrier to invaders.

Douching of any kind disrupts the balance of good bacteria and is associated with increased risk of BV.

Jessica Alba: ‘Wear corsets to get your back in shape’ 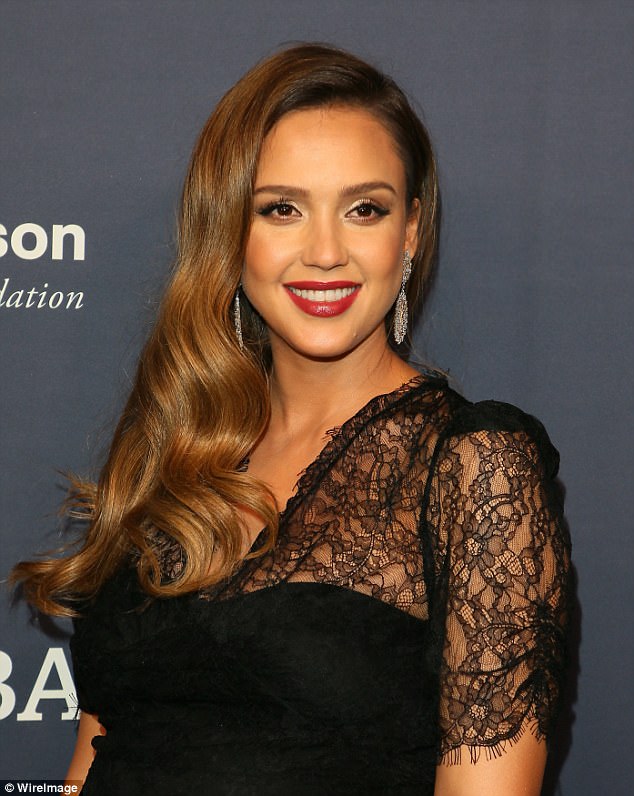 After giving birth to her two daughters, actress Jessica Alba told Net-a-Porter magazine she wore a double corset for three months straight to get back her pre-baby body back.

‘I wore a double corset day and night for three months. It was sweaty, but worth it,’ Alba said. ‘It was brutal; it’s not for everyone.’

Although the waist-cinching garments can temporarily provide a smaller waistline, they come with serious health risks like digestive problems, aches and pain.

Another expert, orthopedic surgeon Dr Brad Thomas, went into further detail, telling LiveStrong that corsets can cause serious damage by squishing abdominal organs like the liver, kidney and intestines, and limit their function.