A weight loss doctor who claimed to be a spiritual healer sexually assaulted a receptionist, 41, who he claimed he could help get pregnant after she spend 15 years trying for a baby.

Stephanie Chambers, who’s bravely waived her right to anonymity, had been desperate to start a family with her partner of two decades and undergone gruelling fertility treatments but nothing had worked.

So when Dr. Behrouz Alidoost, a trusted colleague at the National Slimming Clinic, offered her a healing session he promised might help her have a baby she jumped at the chance. 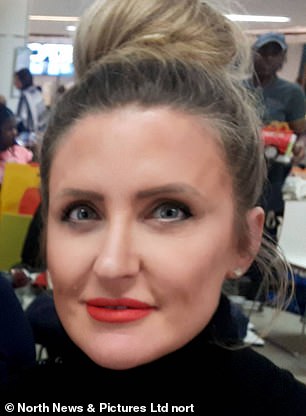 Alidoost (left, outside Newcastle Crown Court) pulled down the underwear of Stephanie Chambers (right) and sexually assaulted her after claiming he could help her conceive

But instead of treating her serial sex pest Alidoost, who has now been jailed for offences against Stephanie and two other victims, told her she had a blockage in her womb and subjected her to a sickening ordeal.

Stephanie, 41, of Southhampton, said: ‘Alidoost was someone who had worked for my company for a long time.

‘I had no reason not to trust him. I was talking to him about my fertility problems and he said he was a spiritual healer and could help. I had always been interested in holistic therapy and saw no reason not to agree.

‘Once we had finished work for the day we went into a room and I lay down on a treatment bed. At first he put his hands above my body and said he was wafting away bad energy. He told me I had a blockage in my womb.

‘But then he asked me questions about my sex life, put his hands in my knickers and sexually assaulted me.

‘I just froze. I was thinking of all the things I might do to get out of there but my body wasn’t working. 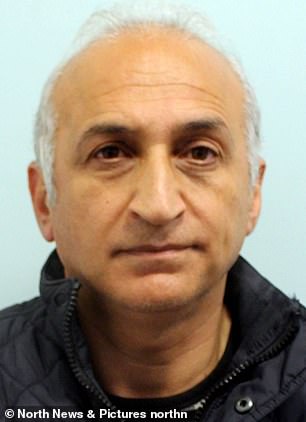 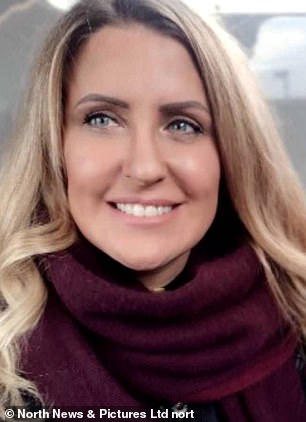 Aldisoot (pictured, left, after his arrest) has been jailed for two years for his assault on Stephanie Chambers (right) and two others

‘At first I tried to block it from my mind, but a few days later I realised how serious it was and told senior management.’

Alidoost, from north London, was reported to the General Medical Council in 2016 and struck off after a misconduct hearing in Manchester.

He has now been jailed for two years at Newcastle Crown Court after two other victims came forward to police.

Stephanie had been contacted by an officer who asked her about her case, and she made the brave decision to press charges.

She added: ‘I was so glad when I was called by the police. I told them I had been thinking about reporting him for a while, and I wanted him to be brought to justice for what he had done to me and other women.

‘When I discovered I wasn’t the only victim, I felt bad for them, but also a sense of relief as part of me had felt I was to blame. Knowing there were other victims made me realise this was not the case.

‘I am speaking out because I want women to know this kind of behaviour is wrong, it is illegal and should be reported to the police.

‘While he was treating me he was asking me questions about my sex life but also my health and even my mum, who had died some years before. I was thinking, maybe this is normal. But it wasn’t normal at all. He was doing it for his own sexual gratification.’

After the assault Stephanie’s relationship with her partner of 20 years irreparably broke down and they split up.

Desperate not to lose her home after everything she’d been through she bought him out with the help of her brother, but was left financially worse off.

She also lost so much weight her friends and family thought she was ill. But she says she is determined not to let the attack define her, has moved on with her life and now has a new partner.

The court heard how Alidoost, who pleaded guilty to six charges of sexual assault, told Stephanie she had an angry womb, asked her to give him a massage in return and then hugged her and ‘nuzzled’ into her neck as she was leaving the room.

Mr Dunne said Alidoost then started asking invasive questions about her sex life. Sentencing, Judge Penny Moreland told Alidoost: ‘You were, until you pleaded guilty, a man of good character, as one would expect from someone who was a licensed medical practitioner but it was that very status that allowed you to commit these offences.

‘The appropriate punishment for your offending can only be achieved by immediate custody.’

Alidoost was also ordered to sign the sex offenders register and abide by the terms of a sexual harm prevention order, which prevents him offering alternative therapies unless authorised by the General Medical Council, for ten years.

His barrister Gavin Doig had told the court: ‘He is showing some understanding of his fault and acknowledges the distress and shock caused to his victims by his behaviour.’