A California doctor is having his medical license revoked after being accused of sexually-assaulting another doctor while they worked at a hospital together in 2015.

The Medical Board of California is to strip Dr. Guillermo Andres Cortes’ of his license in 30 days time.

The board is following the recommendations of an administrative law judge who heard several days of testimony in late 2019 about sexual misconduct allegations lobbed against Cortes.

Dr. Meena Zareh accused Cortes of having forcibly kissed her and penetrating her vagina with his finger while they were inside a windowless call room at a Los Angeles teaching hospital according to the Los Angeles Times.

The judge heard how Cortes allegedly cornered Zareh before reaching under her scrubs and sexually assaulted her.

During a hearing in 2019, Zareh told how she met Cortes and found they had common interested including soccer and cadiology. 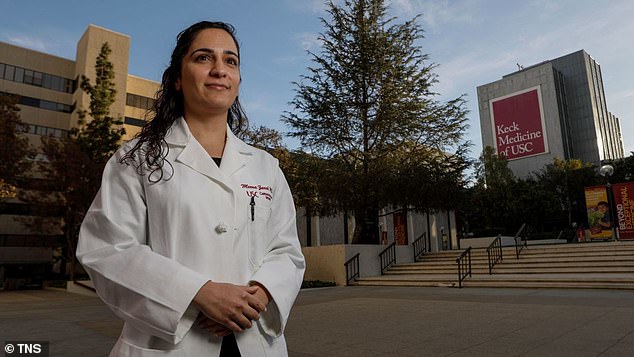 Dr. Meena Zareh accused Cortes of forcibly kissing her and penetrating her

She said that she found him attractive but that the two never dated or had sex.

On one day in 2015, Zareh looked for Cortes in order to consult with him over a patient.

Cortes allegedly led her into a call room where the two discussed the treatment necessary but when she was about to leave he blocked her from leaving and overpowered her.

Zareh claims the alleged assault lasted for between three and five minutes.

Cortes accepted that Zareh went into the call room, but testified that no attack ever took place. 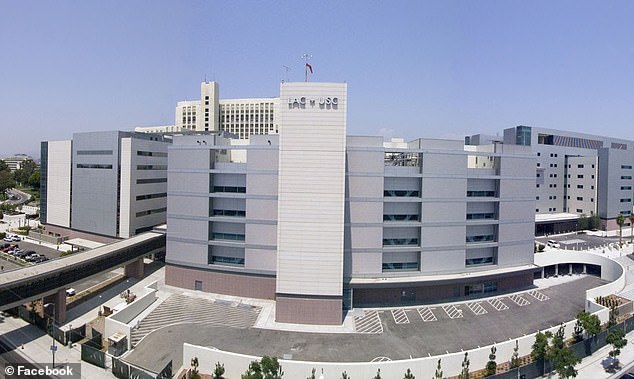 Ultimately, Zareh was believed over Cortes having provided clear and detailed testimony. She had also told a friend which added to her credibility.

‘It is not believable that [Zareh] would completely fabricate a midday sexual assault at the hospital just because [Cortes] said USC was not a good cardiology fellowship match for her,’ Heller wrote.

Cortes denied the allegation insisting that he never touched Zareh that day.

Cortes was initially placed on leave, but the physician was eventually allowed to return to work.

Two other female doctors then also alleged that Cortes assaulted them.

Cortes said that he was having consensual sexual relationships with both.

Judge Thomas Heller said Zareh ‘proved by clear and convincing evidence’ that Cortes assaulted her, but that questions remained about the other two accusations.

Nevertheless, the serious nature of Zareh’s allegations, he felt warranted banning Cortes from practicing medicine in the state of California.

‘The assault occurred in the workplace and violated professional, personal and workplace boundaries,’Heller wrote in his judgement.

‘To say that he can’t practice medicine again is pretty excessive,’ said Cortes’ attorney, Peter Osinoff. ‘There have been no patient complaints against him. The board revoked his license without placing him on probation or having him evaluated for fitness to practice. … How they can find he is too impulsive to be trusted with patients is way over the top, in my mind.’

Zareh told her friends and family after the alleged assault had occurred before lodging a complaint with administrators in her residency program.

Administrators initially attempted to pressure her to continue her medical education outside of USC or at the very least to delay it.

‘I’m very happy with this decision. It sends a message that sexual assault by anyone including doctors is illegal and will not be tolerated,’ Zareh said in a statement.

She also accused USC and LA County of attempting to silence her: ‘As long as these institutions engage in such practices, female patients, healthcare providers and workers will not be safe from such assaults,’ she said.

Although the case was passed to authorities for a possibly criminal investigation, the L.A. County district attorney’s office declined to file saying the case lacked enough evidence ‘at this time,’

Cortes left USC and was suspended with pay in May 2018. He remains on paid leave.