New Doctor Who star Ncuti Gatwa came back down to earth after celebrating landing one of the biggest roles in TV by returning to his north London flat.

The actor, 29, returned home on Sunday to spend a quiet night in after a whirlwind weekend which saw BBC announce he’d landed the part of the titular Time Lord.

A source close to the star told MailOnline: ‘He’s very tired. He had a long weekend. He’s come home and he’s not going to go anywhere tonight.’

EXCLUSIVE: New Doctor Who star Ncuti Gatwa celebrated landing his iconic role in the series by returning to his north London flat, which he shares with a close pal who runs a unisex salon, where he’s a known regular

Gatwa, 29, is set to become one of Britain’s most recognised faces after he was named as Jodie Whittaker’s replacement, becoming the first black actor to play the Time Lord.

The announcement was made as Gatwa stepped out onto the red carpet after being nominated for a TV Bafta for Netflix series Sex Education.

But behind the glitz and the glamour the Rwandan-born actor lives modestly and likes to keep a low profile.

Neighbours told how the star ‘keeps himself to himself’ and had no idea they had a celebrity living on their doorstep in north London. 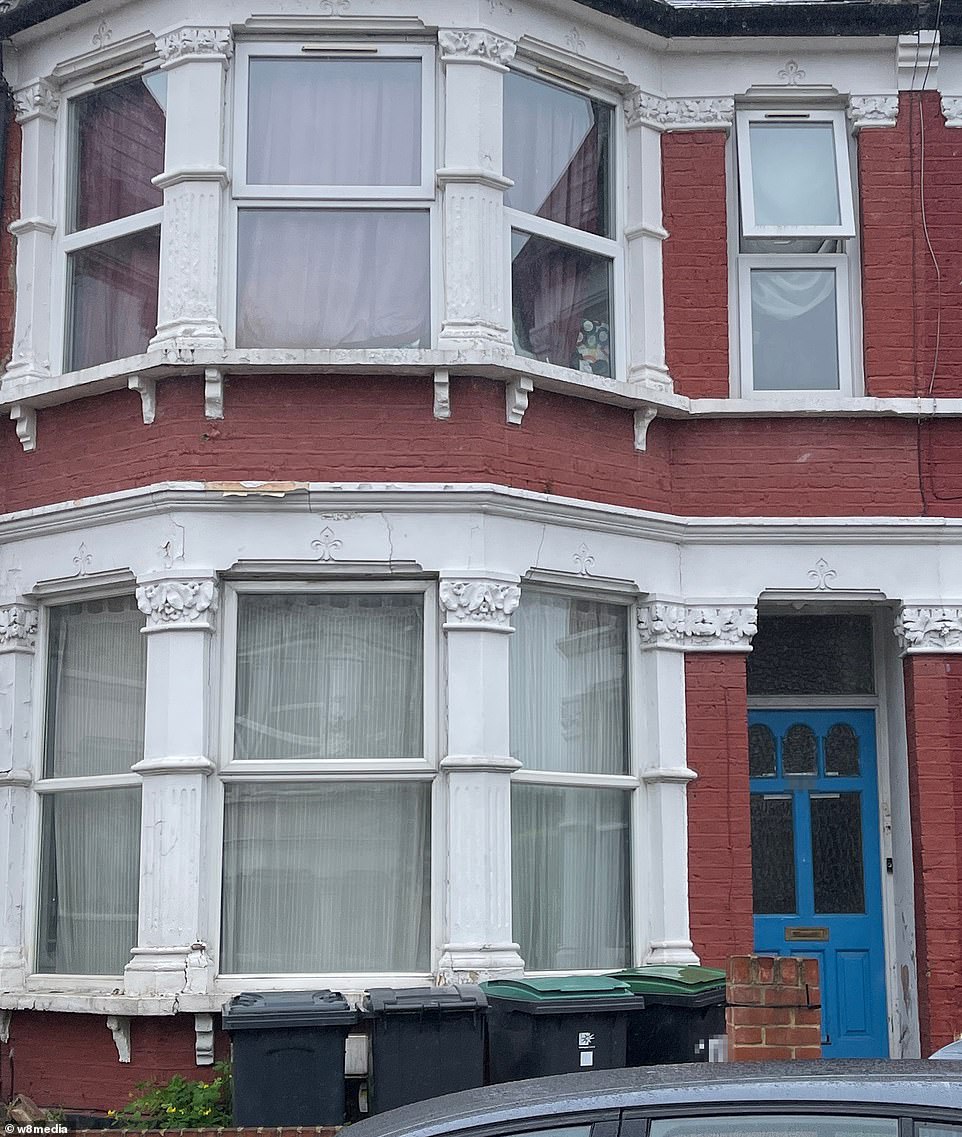 Stellar: The actor returned home to his north London flat on Sunday to spend a quiet night in after a whirlwind weekend which saw the BBC announce he’d landed the part of the Time Lord 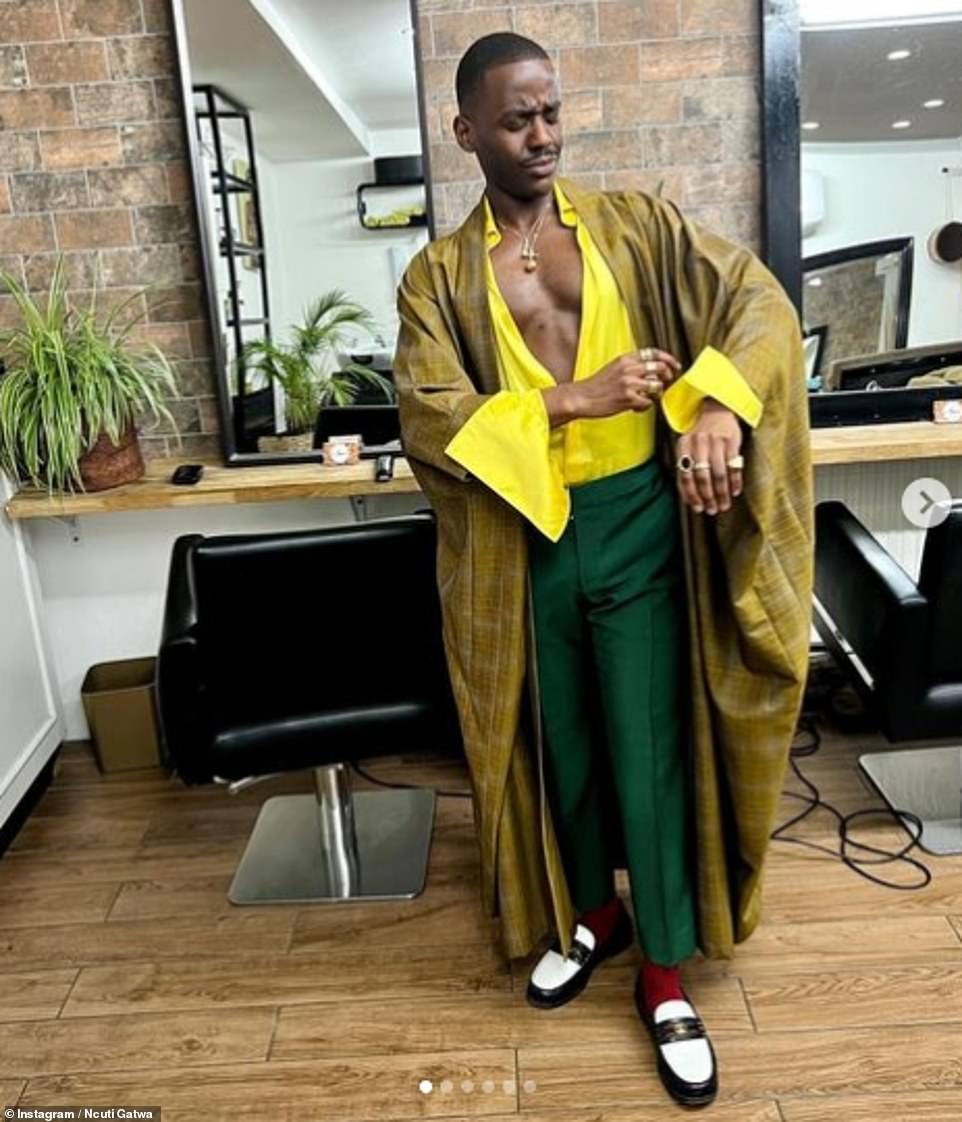 Candid: Two years ago Ncuti revealed he moved in with his best friend and his mum who run a unisex salon, and regularly shared snaps from there on his Instagram

His home is a top floor flat in a converted Victorian terraced house with peeling paint and a crumbling garden wall.

Two years ago Gatwa, who grew up in Dunfermline, told how he had moved in with ‘my best friend and his mum’ as he struggled to make ends meet. It’s unclear whether he still lives with them.

In an interview he said: ‘I live with my best friend and his mum, who runs a salon in Tottenham and I’m there all the time.’

The pair who took him under their wing are hair stylists Ama Safo and her son Silas Baiden, 37, who run a unisex salon.

Gatwa is a regular visitor at Ama’s Hair Salon often posting pictures from there to his 2.7 million followers on Instagram. 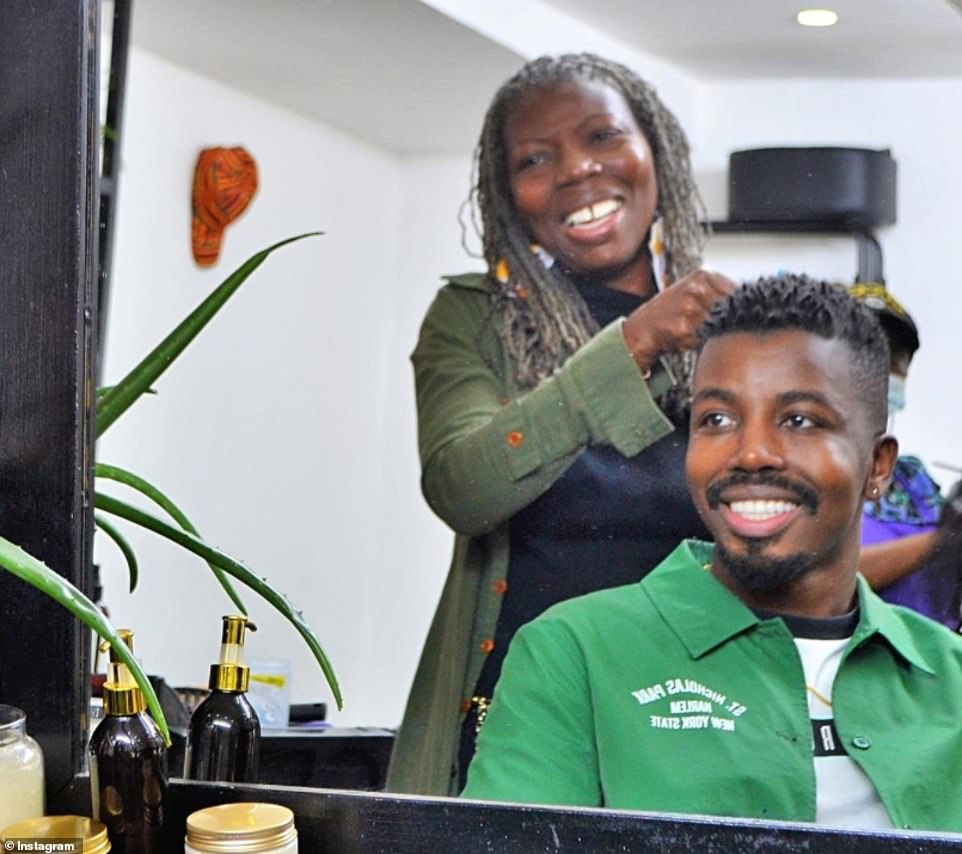 Supportive: The pair who took him under their wing are hair stylists Ama Safo and her son Silas Baiden, 37, who run a nearby unisex salon 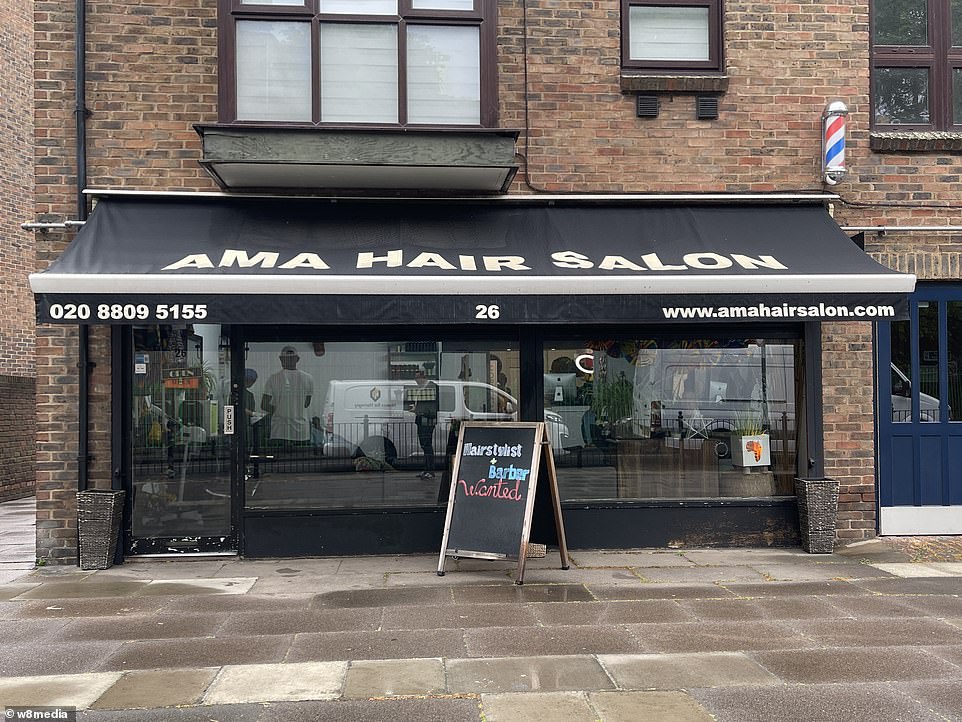 Full range: The salon, which is open six days a week, charges just £15 for a men’s haircut or £7 for a beard trim, and offers a wide range of specialist services for Afro and European hair styles

The salon, which is open six days a week, charges just £15 for a men’s haircut or £7 for a beard trim. Ladies haircuts start at £20 but the salon also offers a wide range of specialist services for Afro and European hair styles.

Gatwa – who has also started filming for the new Barbie movie – has previously told how he ended up homeless as he struggled to make his big break into acting in his mid-20’s.

He told how he relied on friends while ‘sofa surfing’ and could not even afford to pay the train fare to and from job interviews. 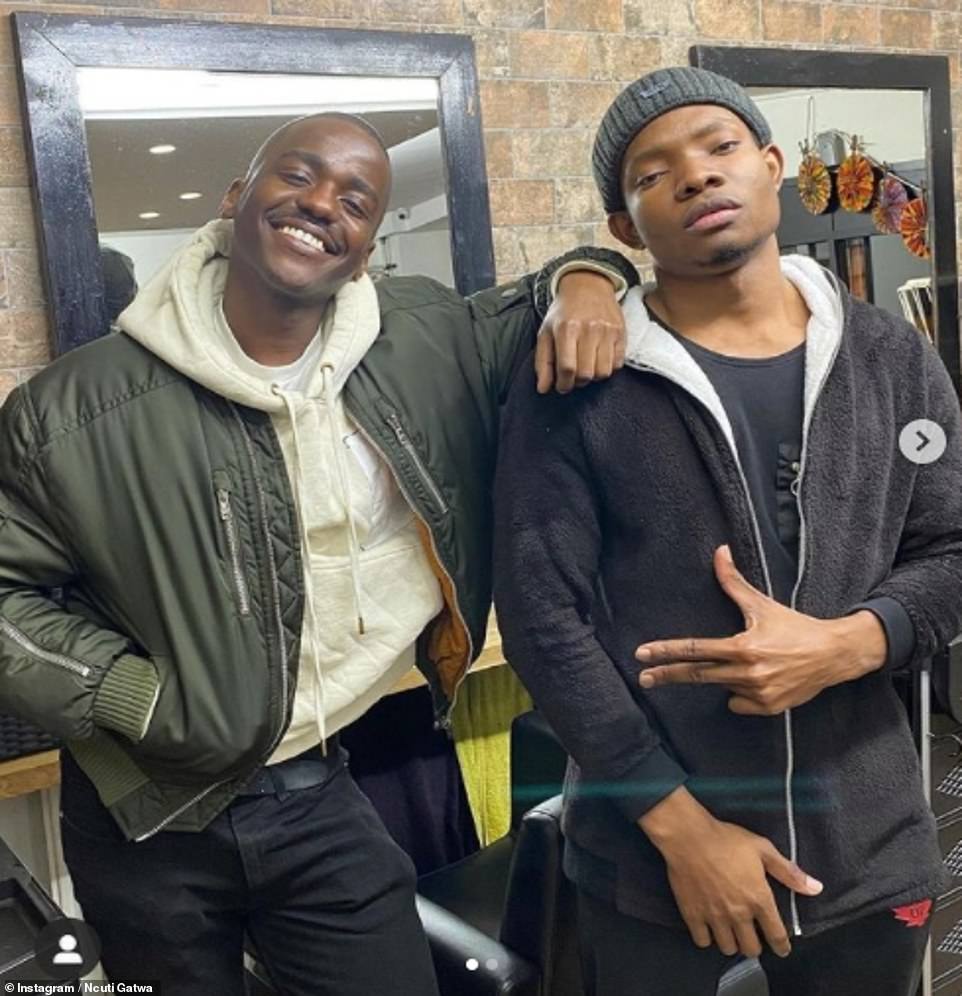 Rise to fame: Gatwa (pictured in his close friend’s salon) has previously told how he ended up homeless as he struggled to make his big break into acting

He said: ‘I developed depression. But I never let people know how down I was feeling. That would have been another burden for my friends to take on.’

Today the first signs that times may be changing for Gatwa appeared on the street as a security guard sat in a car outside the actor’s home.

One neighbour said: ‘I had no idea he was on TV. He’s really so quiet. Sometimes you don’t see him for a while. He really is very low key. He keeps to himself.

‘It’s great to have Doctor Who living in the street. Maybe it will be a selling point for estate agents and put the property prices up.’

Another neighbour said: ‘We’ve lived here for nearly 50 years and I never knew we had such a famous neighbour. 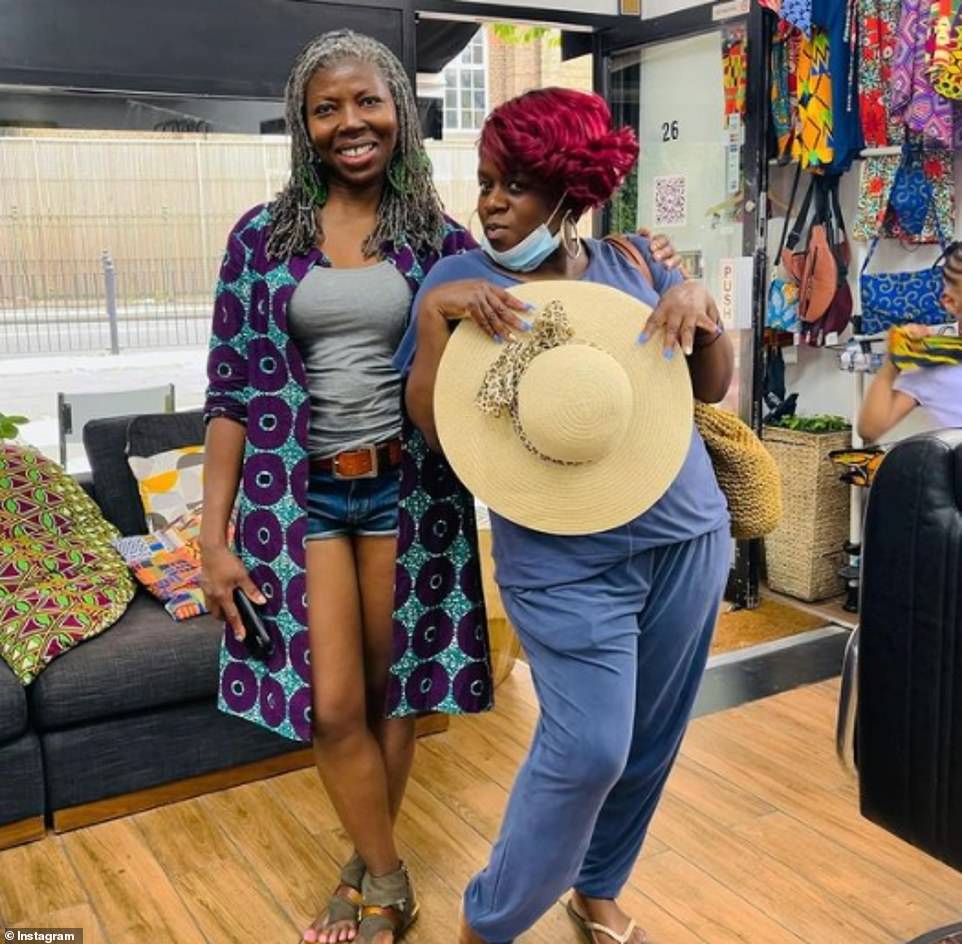 Surprise! The salon is no stranger to famous faces, with EastEnders star Tameka Empson paying a visit

‘It’s not such a bad place to live. Quite a few of the houses are being done up. There’s a bus stop at the end of the road and there’s a grocery, post office and laundrette on the corner, which is quite handy.’

But one local woman was not quite so impressed, saying: ‘I have to be honest with you, I’m not a Doctor Who fan.

‘It used to frighten me as a kid funnily enough. I don’t know why. It was easy to escape the Daleks as they couldn’t get up the stairs.’

Ncuti will become the 14th Doctor on the popular sci-fi show, after Whittaker announced last July she will be leaving the role this autumn.

Gatwa is the first black actor to take on the leading role as The Doctor, after Jodie made history as the first permanent female Time Lord in 2017. 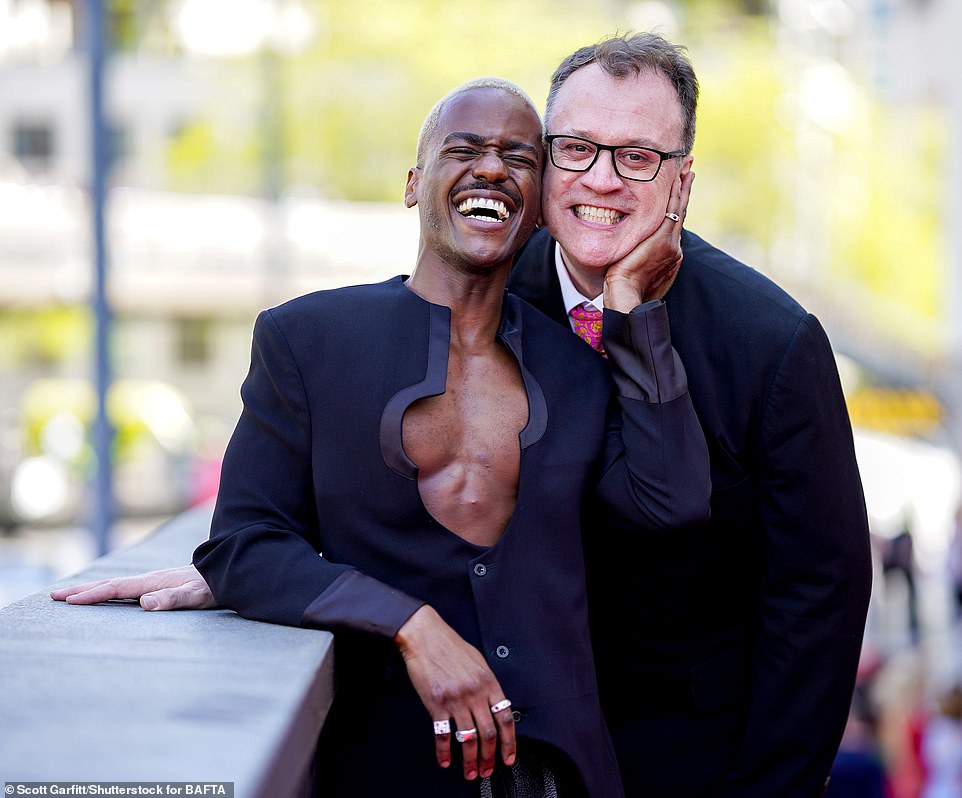 Exciting: Ncuti attended the  BAFTA TV Awards ceremony alongside returning Doctor Who writer Russell T Davies hours after it was confirmed that he will take over from Jodie Whittaker

Jo Martin played the first black incarnation of the Time Lord in a January 2020 episode, Future of the Judoon, as Ruth Clayton, but Gatwa has become the first black Doctor to be cast as the series lead.

Just hours after the announcement, Gatwa and Davies, who is returning as Doctor Who’s showrunner, grinned and posed for snaps at the Virgin Media British Academy Television Awards at the Royal Festival Hall on Sunday. 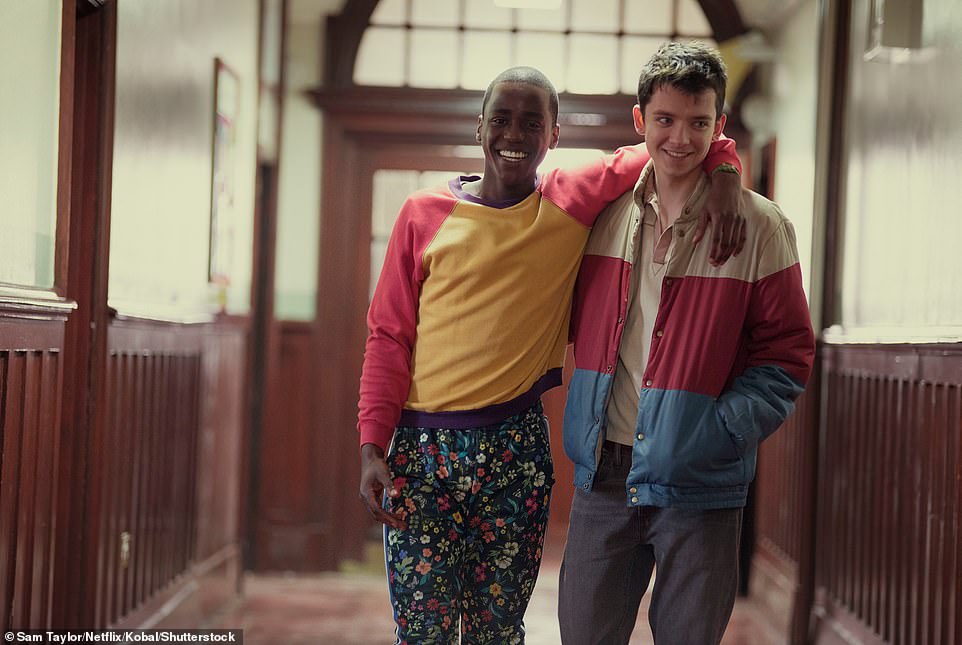