A woman was turned away from hospital three times, resulting in a serious brain injury and debilitating seizures.

Renee Allen was rushed to Toowoomba Private Emergency Centre, 125kms west of Brisbane, three times in 2008 – and all three times she was released with no answers.

Ms Allen was suffering from meningitis, and the delay in her diagnosis left her suffering for the rest of her life.

The couple allege that a simple procedure could have saved Ms Allen from the permanent brain damage.

Ms Allen’s lawyer, Bill King, told the publication that the delay in her diagnosis and the treatment Ms Allen received in 2008 wasn’t up to standard.

‘Some years later, Renee went on to develop debilitating seizures which she continues to suffer from,’ he said.

The publication obtained documents from the emergency centre, which explains that Ms Allen was first rushed to the centre by ambulance on September 27, 2008.

She was suffering from slurred speech, altered sensation in her leg and face, and slight loss of co-ordination. 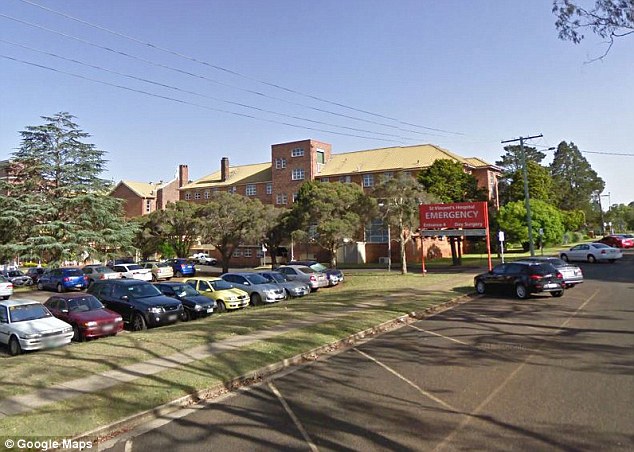 The first doctor sent Ms Allen home, assuming it was an ’emotional problem’ – and hadn’t even conducted an MRI.

She was rushed to the emergency centre two more times over the following nine days with similar symptoms.

‘After being sent home on the third occasion, with her family still searching for answers, eventually Renee was referred to hospital in Brisbane, where she was diagnosed with meningitis in mid-October 2008,’ Mr King said.

Meningitis is most often caused by a viral infection, but can also be bacterial or fungal.

Vaccines can be known to prevent some forms of meningitis.

Symptoms include headache, fever and a stiff neck.

The couple were told that a simple procedure, called a lumbar puncture, could have been performed on Renee to detect the infection early on.

The lumbar puncture usually takes 30 minutes and is usually performed in emergency departments across the country.

‘With early diagnosis and treatment, it is likely that Renee would have made a good recovery, but sadly this opportunity was lost,’ Mr King said.