A group of Australian doctors have each swallowed a piece of Lego as part of an odd experiment to help put parents minds at ease.

As children are often rushed to hospital after swallowing small items, such as Lego, researchers from the University of Melbourne wanted to know how long they take to digest.

They enlisted the help of six medical professionals and had them swallow the head of a Lego man.

The bizarre experiment, which the team branded ‘dedication to paediatrics’, was published in a scientific journal.

Thankfully, parents can rejoice, as the study found the small toy should be out within one to three days.

The study, titled ‘Everything is awesome: Don’t forget the Lego’, was discussed on Twitter by the consultants involved.

She tweeted: ‘Should parents really be sifting through their kid’s poo? We confirm that the answer is… no.

‘The DFTBubbles team selflessly sifted through our own stools just for you.’

DFTBubbles has a paediatric website and hold conferences that cover cutting edge research and insights into paediatric care.

Dr Davis added that the experiment was ‘worth it to advance science and pediatric emergency care’.

Before the Lego was swallowed, the participants bowel habits were standardised by the Stool Hardness and Transit (SHAT) score.

Participants then ingested a Lego head, after which it was a case of searching for the item in faeces, with the ‘search technique decided by the participant’.

If it wasn’t humorous enough already, the excretion results were given the label ‘FART’ – the Found and Retrieved Time. 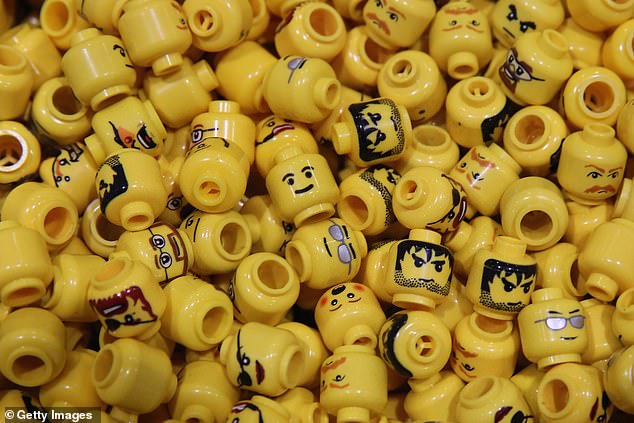 The team, led by Andrew Tagg, an Emergency Medicine Consultant at Western Hospital Footscray, Australia, said: ‘This international, multicentre trial identified that small objects, such as those swallowed by children, are likely to pass in one to three days without complication. This should offer reassurance for parents.’

The time it took for Lego to pass was quicker than what is estimated for a coin, studied in the past.

‘The reasons for this are not clear and may only be answered by a factorial design study in which both coins and Lego heads are swallowed (ideally with one study arm including swallowing a Lego figurine holding a coin)’, the researchers said.

They suggest that it may pass faster in an immature gut, concluding parents shouldn’t be anxious about their children being in pain if they swallow the toy.

Speaking of the participant who never found the missing Lego piece, the authors said: ‘If an experienced clinician with a PhD is unable to adequately find objects in their own stool, it seems clear that we shouldn’t be expecting parents to do so.’

WHAT SHOULD YOU DO IF A CHILD IS CHOKING?

Children, particularly those aged from 1 to 5, often put objects in their mouth, and some small items such as marbles, beads and button batteries, are just the right size to get stuck in a child’s airway and cause choking.

Tips on helping a choking child

Back blows for babies under 1 year

Back blows for children over 1 year

If back blows don’t relieve the choking and your baby or child is still conscious, give chest thrusts to infants under 1 year or abdominal thrusts to children over 1 year.

This will create an artificial cough, increasing pressure in the chest and helping to dislodge the object.

Chest thrusts for children under 1 year

Abdominal thrusts for children over 1 year

Following chest or abdominal thrusts, reassess your child as follows

Call 999 if the blockage doesn’t come out after trying back blows and either chest or abdominal thrusts. Keep trying this cycle until help arrives.