Three doctors who certified a woman as autistic so that she could die by euthanasia are set to go on trial in Belgium.

The sisters of Tine Nys told investigators that her suffering was caused instead by a broken heart after a failed relationship, and that she had falsely claimed to be autistic to two doctors and a psychiatrist.

She had told them her suffering was ‘unbearable and incurable’ so that she could qualify for euthanasia under Belgian law.

Ms Nys was given a lethal injection in April 2010, just two months after her diagnosis of autism, and died aged 38. Her sisters and her parents were at her bedside.

Campaigners in the UK say the case highlights the dangers of introducing euthanasia here.

Tine Nys (centre, with her sisters Lotte and Sophie) was given a lethal injection in April 2010, just two months after her diagnosis of autism, and died aged 38

Ms Nys’s family claims that the law was broken because she was never treated for autism and so it had not been established that she was suffering unbearably and incurably – the key criteria for a mercy killing to go ahead.

The three doctors have been charged with failing to comply with the legal conditions for euthanasia and poisoning. If found guilty they are almost certain to face jail.

The criminal case in Ghent is the first since euthanasia was decriminalised in Belgium in 2002.

Ms Nys, from Sint-Niklaas in Flanders, had last undergone treatment for psychiatric problems 15 years before her death.

In a television interview, her sisters, Lotte and Sophie, said she had ‘outgrown that’ and was simply feeling rejected following the failure of a relationship.

Ghent prosecutors acted just days after a separate case in Holland. Dutch prosecutors pressed charges against a doctor in The Hague who slipped a sedative into the coffee of a 74-year-old woman suffering from dementia, then injected her with deadly drugs as her family pinned her down because she resisted. 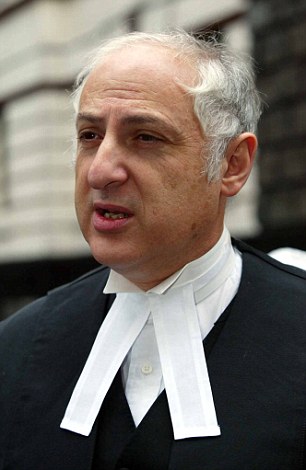 Crossbench peer Lord Carlile (pictured), co-chairman of a UK group opposed to euthanasia, said the case indicated that the euthanasia experiment was flawed

There is deepening unease in both countries over liberal euthanasia laws that have seen rising numbers of doctor-assisted deaths. Alcoholics, sex-abuse victims, dementia sufferers and even children qualify for the right to die.

Crossbench peer Lord Carlile, co-chairman of Living And Dying Well, a UK parliamentary group opposed to euthanasia, said the actions of the Ghent authorities indicated that the euthanasia experiment was flawed.

He said: ‘What happens in Belgium has been held up by some as an example of good practice.

‘This case calls into question all of those claims.’

He told Belgian public broadcaster VRT that one of the doctors might need to justify his actions, but added: ‘The two others only gave advice that is not binding.’

Belgium’s pioneering of euthanasia has prompted shock internationally, most recently by its admission that two children – aged nine and 11 – have been killed by doctors in the past two years. They were the first to die by lethal injection since Belgium changed the law to allow child euthanasia in 2014.

Figures also reveal a 13 per cent rise in euthanasia deaths over the past year and the doubling of such deaths since 2011.

He said: ‘These are harbingers of what could come our way. This is why Parliament has repeatedly rejected a change in British law.’