Documentary maker, 38, who went missing in a mountain range recalls how he survived

A man, 38, who survived being lost in the woods for 18 hours when he was just six claims it was one of the best life lessons he ever had.

Cody Sheehy was just six when he walked overnight to safety through the wilderness of northeastern Oregon after becoming separated from his family during a picnic.

He walked an estimated 14 to 20 miles out of the mountains and into the sparsely populated Wallowa Valley. 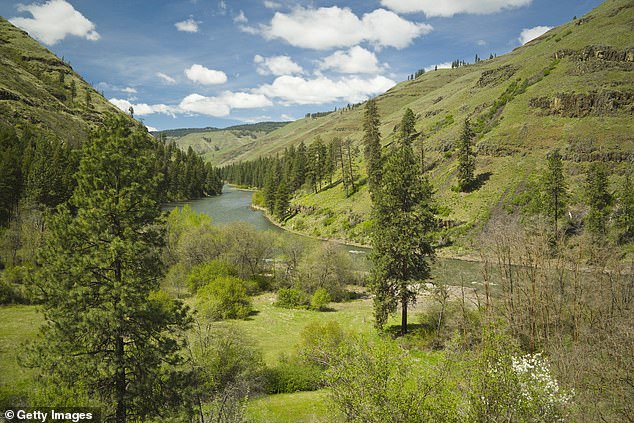 During that journey he fell into a river, climbed a tree to escape being attacked by coyotes, and hid from a passing car because he said his reptile brain had taken over.

Cory retraced his journey through the woods this summer having not returned there since his harrowing ordeal in 1986.

He told Outside magazine: ‘Over the course of your life, you push through a lot of physical barriers,’ he said.

‘As a little kid, I had this opportunity to be tested and learn that there really aren’t any barriers. I think a lot of people figure that out. They just might not figure it out at six’.

Cody, who is now a Tucson-based documentary filmmaker and sailor, spent a lot of time outdoors as a child and had hiked in the Wallowa Mountains with his family.

He said he remembered the area in vivid detail and anticipated the location of forks in the road, creeks, and other landmarks.

He added: ‘When I fell in, I felt really cold. After that my feet started to hurt’.

He explained that his father Dennis is a Marine Corps Vietnam vet who, while bleeding from a gunshot wound, crawled through a rice paddy and dense jungle to rejoin his comrades, earning a Purple Heart. 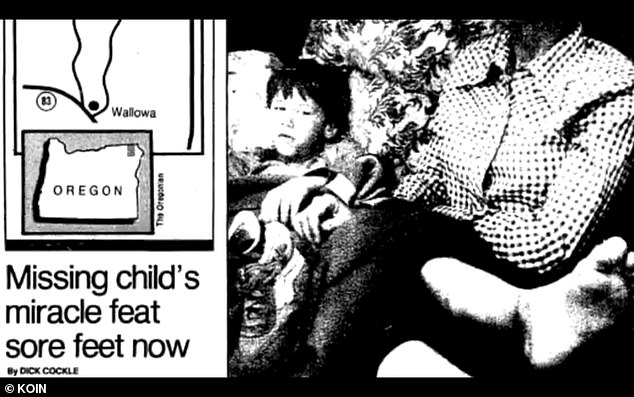 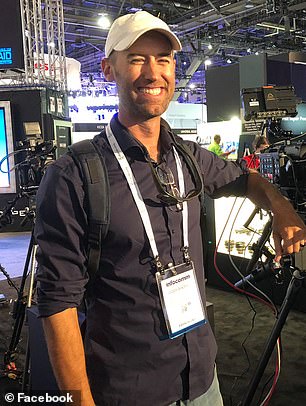 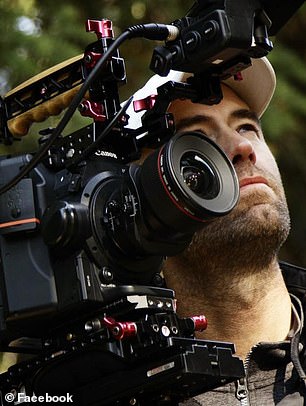 Cody, who is now a Tucson-based documentary filmmaker and sailor, spent a lot of time outdoors as a child and had hiked in the Wallowa Mountains with his family

‘My dad is the toughest person ever. He never quits. If I ever encounter something where I am just about to quit, I always think of my dad. He is tough to live up to’.

His mother Marcie said she never felt guilty for letting Cody and his sister explore as children and said she would always let them out into the wilderness.

‘It’s just normal. Kids go off and play. He is a risk-taker,’ Marcie explained.

In middle school, he climbed to the top of a high-voltage transmission tower near his house because it was tall, scary, and had a ladder, and he wanted to feel the electricity buzzing in his body.

Cody was wearing sweatpants, gloves, discount sneakers, and a puffy coat with a hood when he went missing.

Standing in an unfamiliar meadow and thoroughly lost, Cody saw a dirt road and figured it had to lead somewhere.

‘In retrospect, I liked having something to focus on rather than just being panicked and scared and vulnerable. 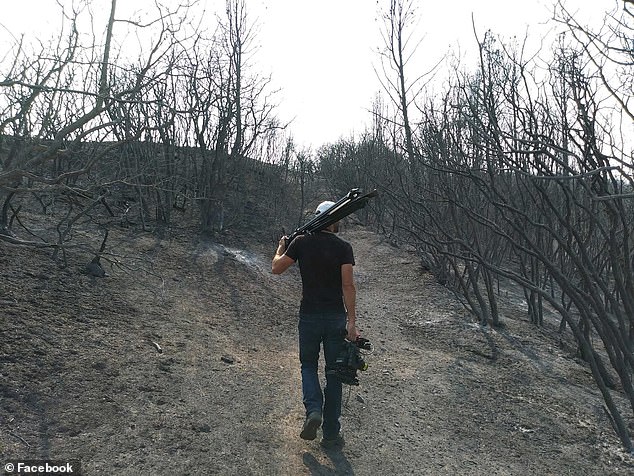 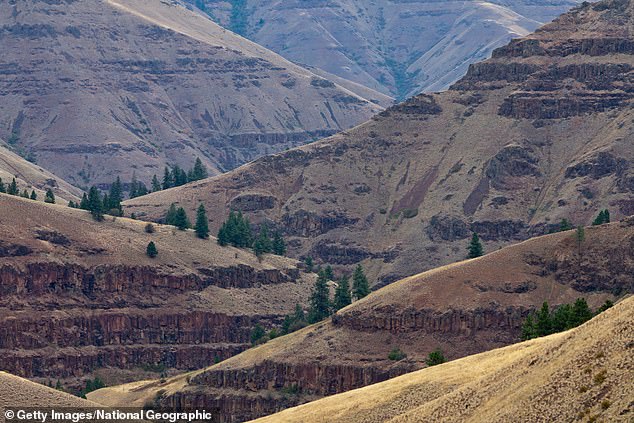 During his arduous trek through the Wallowa mountains, Cody fell into a river, climbed a tree to escape being attacked by coyotes

‘It’s a lot scarier to be sitting in the woods in the dark, lost, than it is to be in the woods at night but walking home. I had a singular mission’.

He said: ‘It’s a lesson about persistence and what it can unlock. I am the kind of person that will fight to the very end’.

Cody eventually left Wallowa to attend college at Oregon State and then Portland State. To pay for it, he spent summers building trails in the Eagle Cap Wilderness, about 14 miles as the crow flies from where he’d been lost

During college he bought a beat-up sailboat on a whim, a 27-footer moored in a Portland marina on the Columbia River.

In 2008, Cody scored a broken down 54-foot sailboat for spare change from a Bay Area IT worker who was selling off his pleasure craft during the financial crash.

He sailed that boat all the way to Nicaragua with his wife, a Finnish geographical information scientist named Jatta, who he married in 2011.