A new documentary about the royal romance between Harry and Meghan Markle has revealed the Prince has found his perfect match in the Suits star because she’s comfortable in the limelight.

While both share an interest in humanitarian causes, it’s the star’s ability to handle the attention that comes with being a royal girlfriend that’s really sealed the deal.

When Harry Met Meghan, which airs on Channel 4 tomorrow at 9 pm, suggests that the failure of his relationships with Cressida Bonas and Chelsy Davy was down to their struggle with the intrusion into their private lives.

However, Meghan, 36, is more than adept at handling the attention Royal Editor of the Sunday Express Camilla Tominey explains in the programme as she describes how Meghan hid away at Pippa Middleton’s wedding so as not to distract attention from the bride and groom.

‘Meghan has positioned herself so she is rubbing shoulders with the right kinds of people,’ she said.

‘That’s the reason she ended up being introduced to Prince Harry in the first place. She’s quite secure in that pretty upper middle class environment. She’s at home there.’

A new Channel 4 documentary, When Harry Met Meghan, reveals that the star is the Prince’s perfect match because she’s completely at ease in the limelight

She added: Prince Harry’s always gone out with pretty, bright women. He’s always gone for women who can challenge him and who have something to say for themselves.

‘While it sounds attractive to buy into the whole trappings of royal life, it comes with a negative and that’s real intrusion into your private life.’

‘It hasn’t been easy to hold down a relationship. Going out with the world’s most eligible bachelor is tough.’

Prince Harry dated Zimbabwe-born Chelsy Davy on and off for seven years between 2004 and 2011, but the trained lawyer reportedly struggled with the attention as she worked hard to build her career. 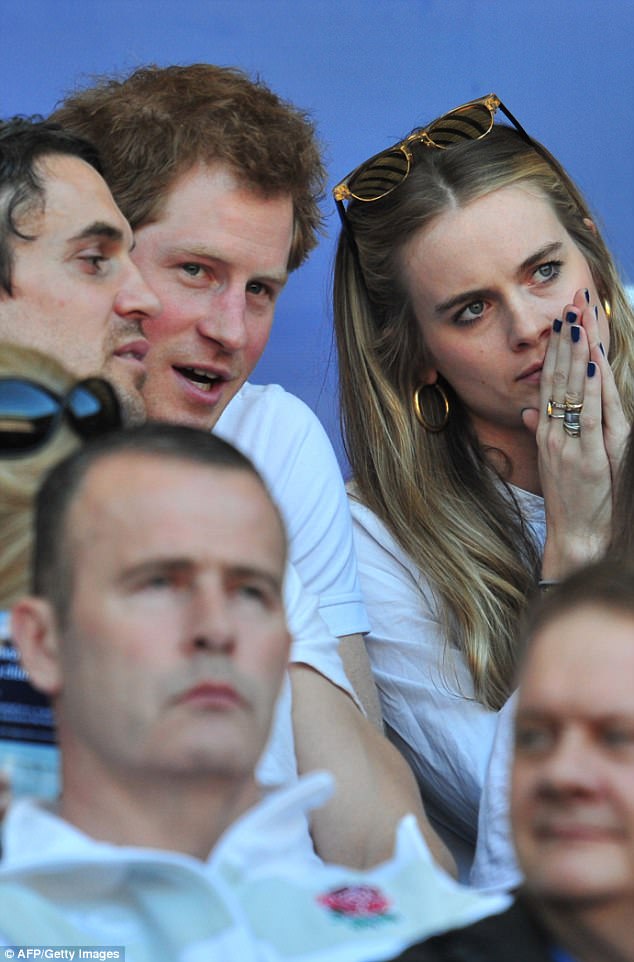 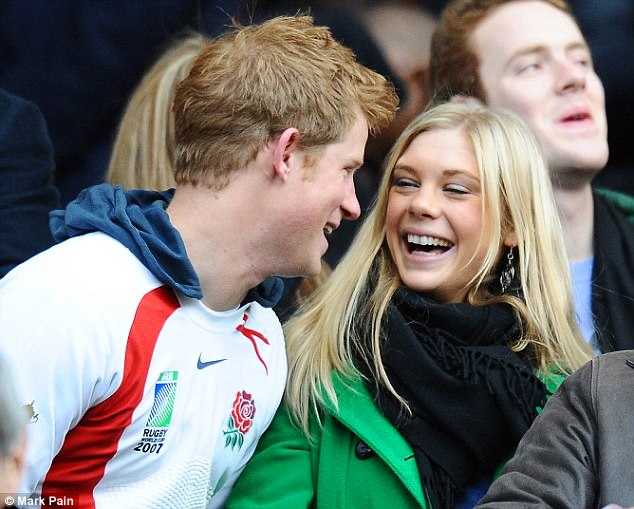 Harry dated Chelsy Davy on and off for seven years, but she reportedly struggled with being in the limelight as she worked to build her career as a lawyer

His next significant relationship was with actress Cressida Bonas between 2012 and 2014.

Royal  biographer Ingrid Seward later revealed they split up because she ‘could not take the public scrutiny and being judged by total strangers’, but Meghan has no such fears.

In the documentary, The Evening Standard’s royal editor Robert Jobson added that he’s observed Meghan appear completely at ease after she faced increased media attention when news of her relationship with Harry broke. 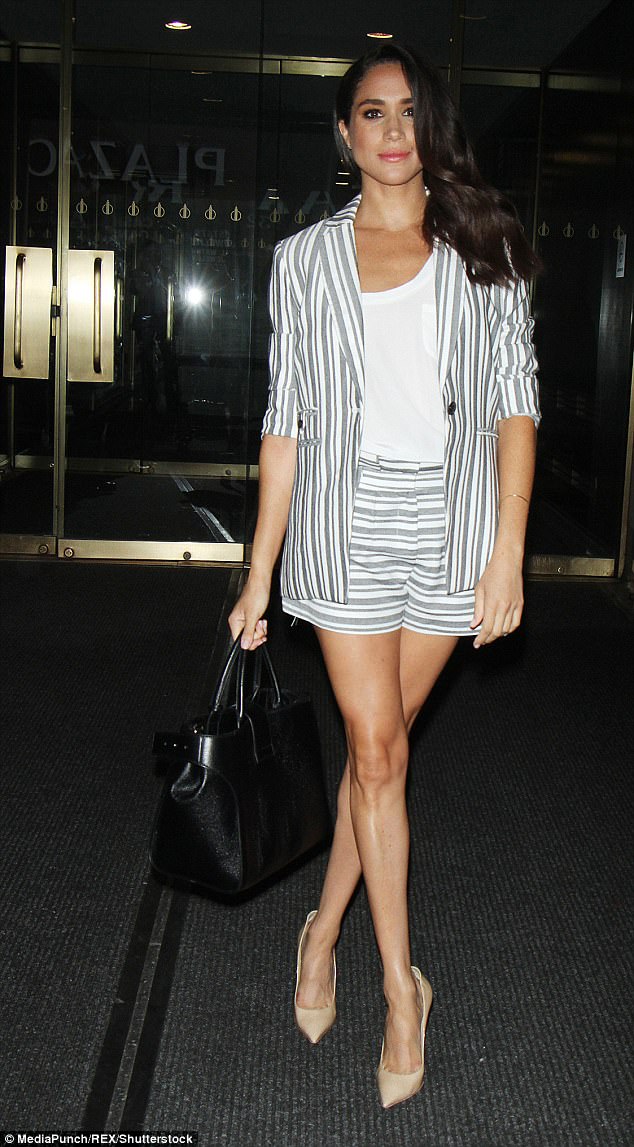 ‘When the paparazzi were chasing her, she was totally relaxed,’ she said.

‘I’ve spoken to a number of photographers who have worked with her and they find her charming.

‘They used to find Kate tricky or other members of the royal family difficult. Maybe they could learn a few lesson from her.’

Even when the couple first met, through mutual friends Marcus Anderson, a consultant for Soho House Meghan wasn’t rattled.

Harry asked Marcus to set up an opportunity to meet Meghan, who he’d had a crush on for years.

Marcus obliged by arranging an informal private get together with seven or eight people so they could get to know each other.

‘She didn’t seem too swayed or knocked by the fact this was Prince Harry. She thought he was cute,’ royal biographer Katie Nicholl explained. 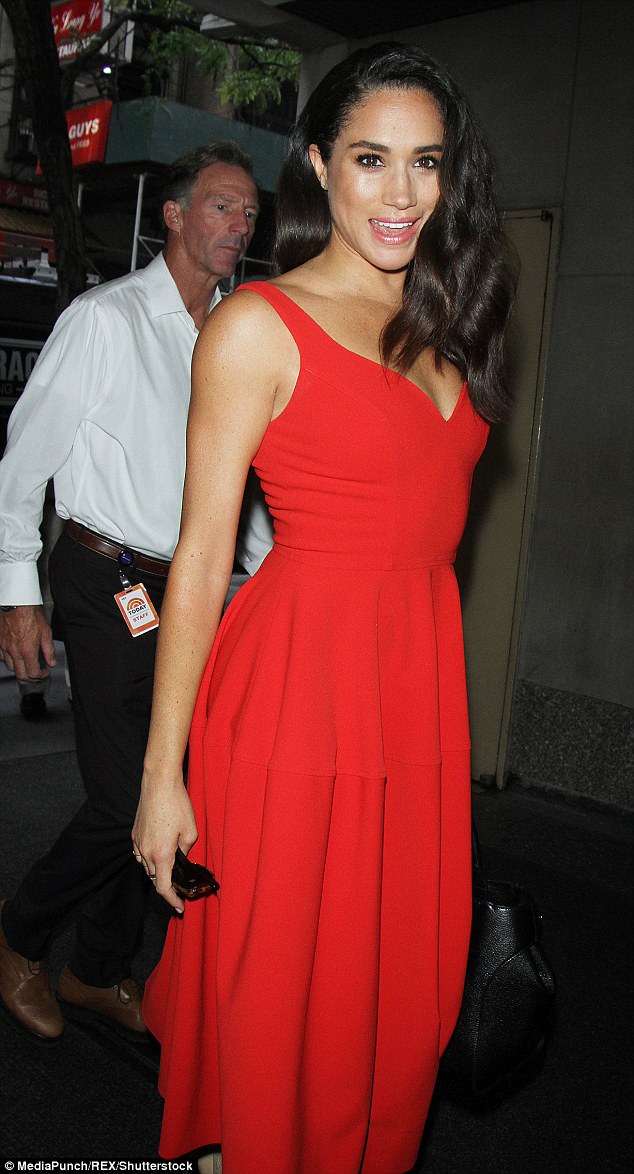