Two septuagenarians have been killed while test driving a 2016 Dodge Challenger Hellcat on an airport runway and launching the car into a ravine.

The pair had permission to use the runway to test-drive the $64,000 car and broke no laws, Chaffee County Sheriff John Spezze told the Denver Post.

‘They were just test-driving this car. They went a little too fast,’ said Spezze.

Driver Lynd Fitzgerald, 71, and passenger Roger Lichtenberger, 76, died while test driving a 2016 Dodge Challenger Hellcat like the one pictured in this file photo

Police said that Fitzgerald, from Colorado Springs, drove southbound on the runway ‘at a high rate of speed’ with Lichtenberger, who is from San Marcos, California, in the passenger seat.

The muscle car overshot the runway and continued for over 300 feet before going airborne over a ravine, investigators said.

After striking the ground, the car went airborne again, flipping end over end before coming to rest on its wheels 650 feet from the end of the runway.

EMS personnel administered attempted lifesaving measures on the two men, but both were pronounced dead at the scene. 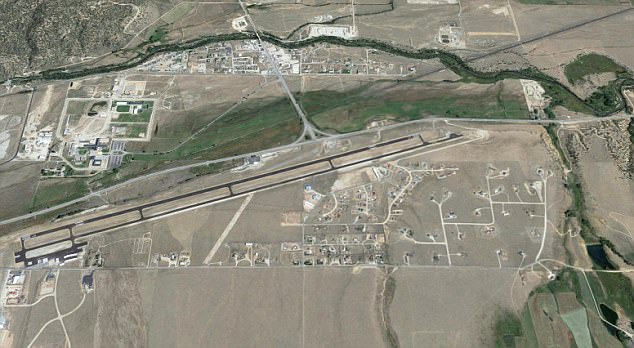