Kershaw exited the game the game before the fifth inning after throwing several warmup pitches before motioning to the dugout for the trainer. NBC cameras caught Kershaw appearing to tell the trainer ‘it’s my back’ before leaving the field.

He had surrendered three hits, two runs via a homerun, and recorded four strike outs before leaving the game. 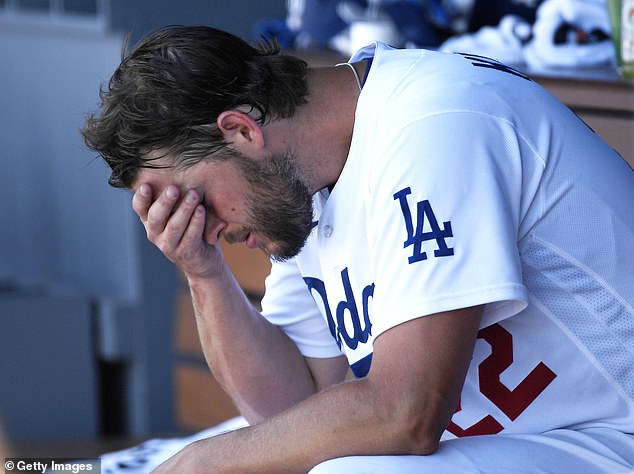 The 34-year-old has had a history of back issues dating back to 2014 costing him various amounts of time throughout his career.

The Dodgers did not add any additional pitching at the trade deadline and in fact traded away pitcher Matt White to the Toronto Blue Jays.

LA’s rotation was already lacking depth and will now be sweating on Kershaw’s fitness with Walker Buehler already on the Injured List.

To this point in the season Kershaw has looked good when on the mound recording a 2.66 era, 84 strike outs and a 7-3 win-loss record.

The Dodgers have been impressive this year recording a 72-33 record but will likely face competition as we approach the playoffs from a San Diego Padres team that just traded for two of MLB’s best hitters in Juan Soto and Josh Bell.