Dodgy number plates are the most common illegal vehicle modification

New research has uncovered the UK’s illegal vehicle modification hotspots, based on the number of offences reported in the last year.

It found that the most common illegal alteration to cars, motorcycles, vans and trucks were to the numberplates.

Responding police forces said they had slapped 13,720 drivers with fines in 2020, which made up more than half of all modification offences last year.

And it is Gloucestershire that tops the list of locations with the highest proportion of these offence types.

Most common illegal vehicle modifications: Altered numberplate, such as this example of incorrectly spaced characters, are the number one type of modification offence in the UK

Drivers in the county – which has a population of 637,100 – racked up 925 illegal modification offences in 2020. That an equivalent to 1,452 per million people and more than any other part of the country.

The Welsh county, which has a population of 594,200, saw only four illegal car modifications in 2020, equivalent to seven cases per one million people.

Illegal numberplates can include drivers displaying number boards with reflective coatings that prevent speed cameras from identifying the characters on the plate when the flash is activated, but also stretches to unlawful fonts and designs as well as incorrect spacing between numbers and letters for motorists to create desired words.

However, the more concerning issue is the alternation of plates to evade authorities and escape detection while partaking in a number of crimes, including non-payment at petrol stations. 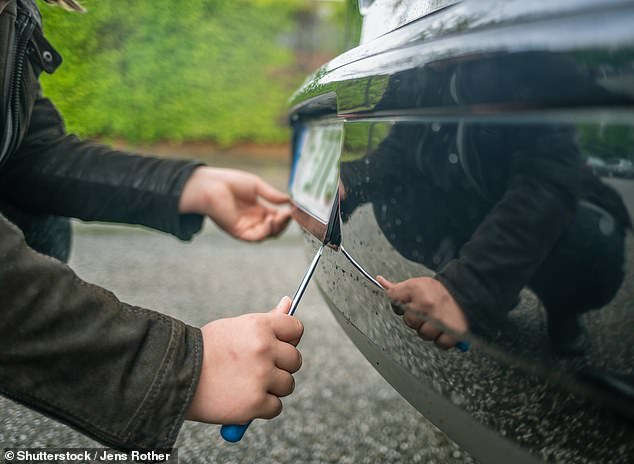 Police issue drivers with fines of £100 if they’re found to have an illegally modified numberplate. One common case is drivers using tape to alter characters so the car isn’t detected by ANPR (automatic number plate recognition) cameras when stealing fuel from filling stations

Altering the characters of a numberplate – usually with black tape – or the act of duplicated plates of legitimate motors to escape automatic number plate recognition cameras when breaking the law is becoming an increasing problem, and one the relevant authorities want to bring to an end.

The Home Office announced late last year that it plans to crackdown on dodgy numberplates amid concerns that sellers are enabling criminals to clone other vehicles freely without having to provide evidence of ownership as part of their efforts to dodge the police.

The surveillance camera commissioner, Tony Porter, said in November that the trade is resulting in innocent motorists being wrongly accused of road traffic violations, and other offences committed by criminals using vehicles with cloned number plates.

‘It’s a bit of a wild west out there and needs closer control,’ Porter told The Telegraph in 2020, explaining that there are as many as 40,000 businesses selling number plates, with many showing total disregard for laws requiring them to first obtain proof from the buyer than they have the right to display that registration. 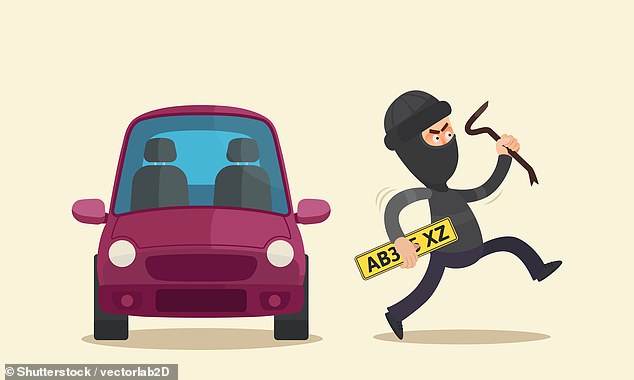 A Home Office spokesman added: ‘The cloning and defacing of number plates affects road safety and provides cover for criminals, and we are working with the police to bear down on these crimes. We welcome this report and are carefully considering its recommendations.’

Currently, drivers displaying illegal plates are slapped with a fine of £100.

That means motorists were hit with a collective fines with a value of almost £1.4million last year.

And punishments look set to get stricter.

Under the proposal for a new private members bill, drivers of vehicles with missing or obscured number plates could get three penalty points on their licence as well as fines.

Commenting on the results of the study, Dan Hutson, head of motor insurance at comparethemarket.com, said: ‘Modifications tend to fall into two categories: performance or cosmetic, but any modification, no matter how minor, should be reported to your car insurance provider.

‘Lawful modifications can increase car insurance premiums, so it’s best to check with your provider before making any changes and there are some providers who specialise in modified cars.

‘Modifications which are against the law are likely to invalidate any type of car insurance policy, so do your research beforehand.’