Does Ole Gunnar Solskjaer really have the steel to be the permanent Manchester United boss?

You never know what lies ahead in football. Ole Gunnar Solskjaer became one of Roy Keane’s most steadfast allies at Manchester United but 12 years later helped develop Erling Braut Haaland — son of the Irishman’s one-time inveterate foe Alf-Inge Haaland — into such a good striker that he secured a £7million move to Austria.

The seven days which begin with Monday evening’s FA Cup tie at Chelsea and culminate with Liverpool’s arrival at Old Trafford next Sunday could either sustain or crush Solskjaer’s hopes of becoming permanent United manager.

Last Tuesday night’s sobering 2-0 defeat by Paris Saint-Germain suggested that a fundamental niceness will not alone sustain the man Keane says he mistook for a ‘schoolboy fan’ when he first encountered him.

We are about to discover whether Solskjaer, the epitome of equanimity and modesty, has more to offer in the bearpit of management.

The hunger to succeed in the Premier League has always been there. When Cardiff City came calling five years ago, Sir Alex Ferguson was so concerned about the prospect of his former charge working for the club’s challenging owner Vincent Tan that he texted Solskjaer, urging him against the idea.

‘Tomorrow is the strongest you will be with the owner,’ he told him. But Solskjaer was determined. He was gone from Cardiff inside nine months.

Though he took on a team a point above the relegation zone in January 2014 and saw them relegated with a game still to play, there was evidence of that appreciation of what makes players tick, which has had such a transformative effect at Old Trafford since December. 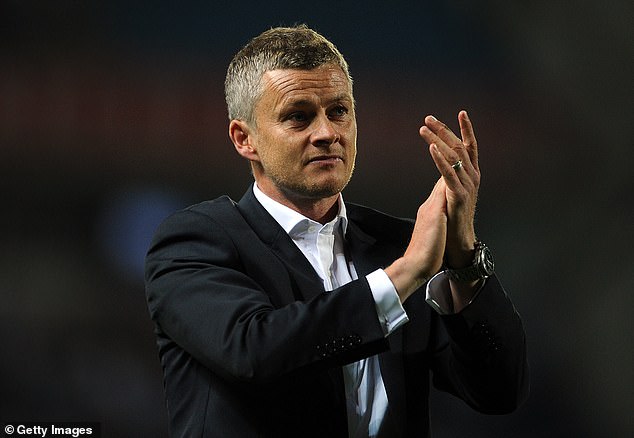 Danny Gabbidon, whom Solskjaer signed in the summer of 2014, remembers a conversation between the two of them about another player in which the new manager discussed ‘personal things’ rather than ‘traits on the pitch’.

It struck him straight away that Solskjaer was displaying the same interest in knowing players that Ferguson had always made an article of faith.

But when it came to what happened on the pitch at Cardiff, the picture was more complicated. Having arrived in South Wales with talk about a philosophy of ball retention, Solskjaer’s Cardiff did not seem to have any identity at all.

He signed former Manchester United academy midfielder Magnus Wolff Eikrem from Heerenveen in Holland and Mats Moller Daehli, another Carrington product, who followed Solskjaer from Molde. But creating a version of his alma mater on the banks of the Taff was unwise.

‘He tried to transplant those attacking United traits on to the Cardiff team and it didn’t work,’ says Gabbidon. ‘The players were used to Malky Mackay’s ways.’

Others felt he lacked strength of personality when things got difficult. 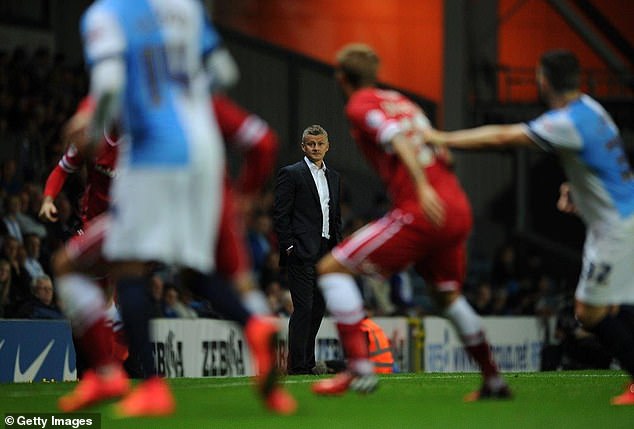 ‘He wasn’t a leader,’ says one source. ‘He looked out of his depth and lost at times. When it got tough, Mackay had far more of an aura about him. You even felt that about Ole on the day they were relegated, after a 3-0 defeat at Newcastle.’

In the Championship, Solskjaer found things even more challenging, struggling for a fundamental harmony.

‘It was a big squad and he added to it, though I’m not sure all the signings were his,’ says Gabbidon. ‘There was almost a breakaway group who knew they wouldn’t play.’

Those brief and difficult nine months are not enough to offer a full judgment. Solskjaer’s six-and-a-half years managing Molde, punctuated by the Cardiff period and a subsequent 13 months out of the game, provide a fuller perspective.

Many in Norway say he seemed in more of a hurry first time around, seemingly determined to make Molde his ticket to the Premier League. He would have left earlier, for Aston Villa, had Molde’s wealthy owner, businessman Kjell Inge Rokke, not stood in his way. 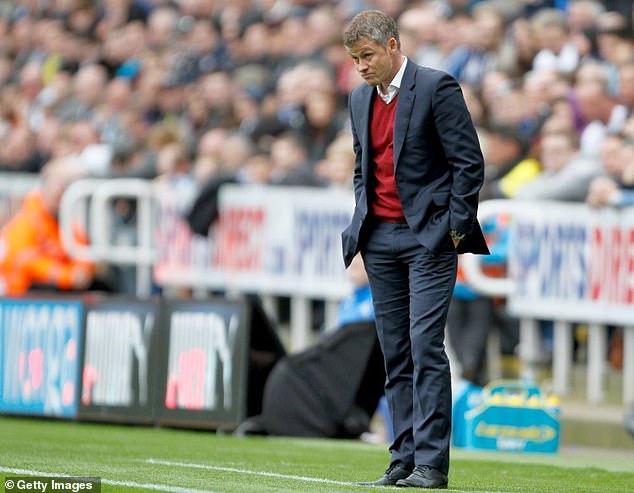 In his second period, from 2015, he did not seem so intent on leaving, as if he felt his chance had gone. He seemed less remote, more settled. This time, select journalists had his number and he would take their call.

The pre-Cardiff period was by far the most successful. Solskjaer was helped by the economic struggles of Rosenborg — Norway’s dominant club — and he capitalised, guiding Molde to their first title in 2011, repeating the feat the following year.

He dispensed entirely with Norway’s deeply observed culture of restricting managers to the training ground and installed himself instead as a more powerful English-style boss. He was also adamant about the characteristic he wanted in most new players.

‘Does he have pace?’ was the first question he would ask. He chose players who wanted to be on the ball and who were ready to make use of it quickly.

His second period as manager has been tougher and results far more mixed. The 2015-16 Europa League campaign was the stellar achievement. Molde won a group with Celtic, Ajax and Fenerbahce in it and were eliminated only by eventual winners, Sevilla, in the last 32 — a huge achievement for any Scandinavian club. 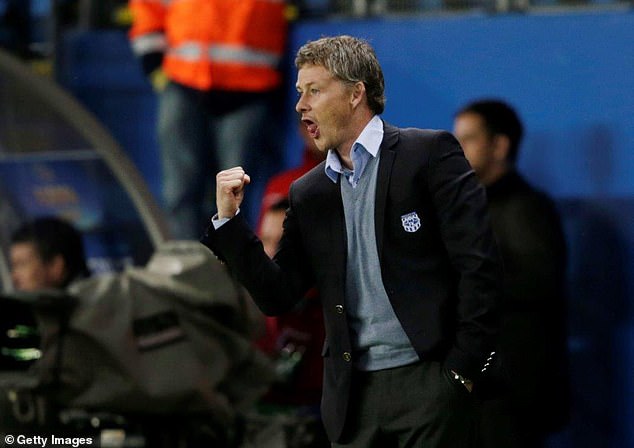 Solskjaer guided Molde to their first title in 2011, repeating the feat the following year

But Rosenborg have recovered to become champions for four consecutive years, with Molde twice runners-up and and fifth in the past three years.

The team’s style of play has been more traditionally Norwegian second time around — direct and physical, with more emphasis on results — though the powers of man-management have been the same.

‘He is such a huge figure in Norway,’ says Oyvind Herrebroden of newspaper VG. ‘If Solskjaer tells you something, it is a conversation with God. Players listen when he speaks and he certainly speaks well.’

No one suggests he has been a particularly good talent spotter but he has demonstrated an ability to improve players. Erling Braut Haaland developed hugely under his tutelage and reaped Molde £7m when signing for Red Star Salzburg.

The more fundamental question relates to what tactical and strategic value United’s interim boss has revealed in Norway. 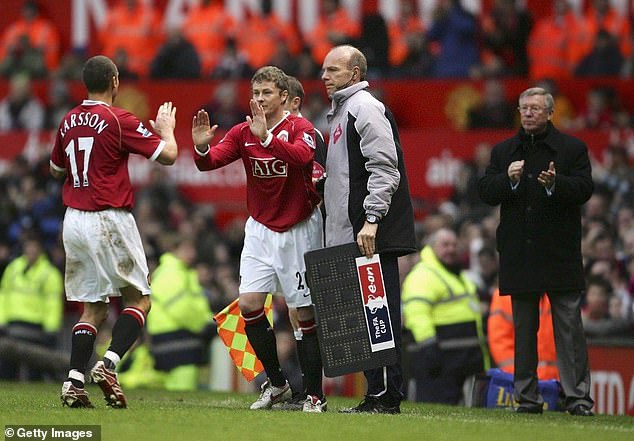 In his autobiography, Ferguson tells the story of how Solskjaer, the perennial United substitute, would always sit on the bench making notes about the game which was unfolding.

‘So by the time he came on he had analysed who the opponents were, what positions they were assuming. He had those images all worked out for him like a diagram and he knew where to go and when. He had that analytical mind.’

Yet that’s not how Norwegian observers view him. The quality of players and level of competition in Norway’s Eliteserien are, with respect, simply not that good.

With the exception of Rosenborg — who Molde beat 1-0 last autumn — there is not much to pit your managerial wits against. If he had travelled Europe since leaving Cardiff he would have had the breadth of experience to perhaps challenge them. Instead, it is hard to see how he has that edge.

For now, a capacity to bring the best out of United’s lavishly assembled squad is enough for a club who have laboured under the monumental ego of Jose Mourinho.

Executive vice-chairman Ed Woodward last week publicly thanked Solskjaer who has presided over 10 wins in 12, for ‘reviving’ United’s performances. They speak every day.

Perhaps a return to more elementary and self-effacing managerial qualities will be enough. It is an absence of ego which has allowed Solskjaer to restore the club to its old values, take delight in the players he has inherited and turn to Ferguson like none other since the great manager walked away.

And perhaps he has more steel than he has been given credit for.

‘You usually cannot instil an edge in a player if somehow or other he didn’t acquire it as a teenager,’ Ferguson once said. ‘But every now and then there is an example that gives you hope. Ole Gunnar Solskjaer comes to mind.’