This is the moment a dolphin played a game of chase with an inquisitive dog in the shallows of the water by a beach.

She took the footage while walking with her daughter and a pod of dolphins appeared to be hunting in the shallows. 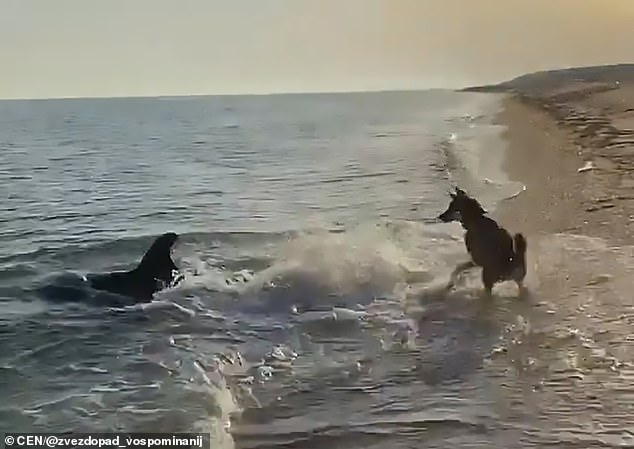 In the videos, the dolphin moves into the shallows with the small waves almost touching the shore as Patrick runs over.

It swims back into the sea as Patrick runs in to the water, before coming back to the shore as Patrick chases it.

Patrick touches the dolphin’s tail before backing away as the dolphin turns back into the sea again.

The dolphin returns to the pod swimming a little further out from the shore, before making one final return to the beach as Patrick runs over again. 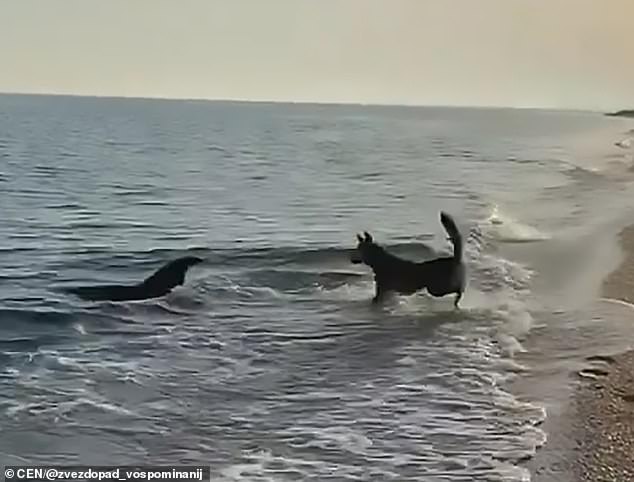 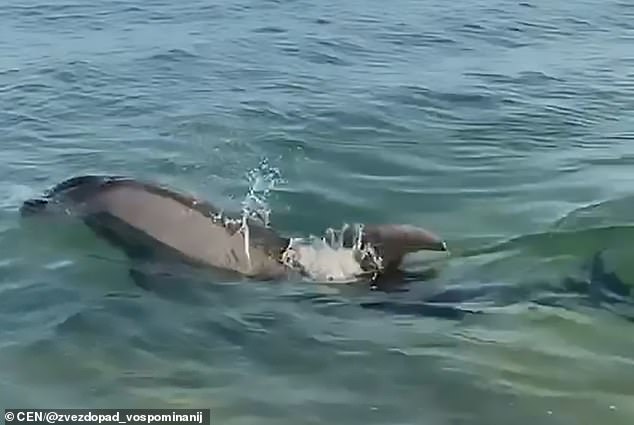 One commenter wrote on Instagram: ‘Enchanting. I enjoyed watching it. Thanks for the positive clip. I’m buying tickets to Crimea now’

Anastasia said: ‘Patrick has touched a dolphin but I still haven’t.

‘In the clip, no one was hurt. The dolphins are swimming close to the shore to catch fish.’

She uploaded the clip to Instagram, where commentators loved watching Patrick and the dolphin playing together.

One wrote: ‘Enchanting. I enjoyed watching it. Thanks for the positive clip. I’m buying tickets to Crimea now.’

Crimea is a disputed territory, with most of the international community recognising it as belonging to Ukraine despite it now being administered by Russia since the controversial annexation in 2014.