This dog certainly is thirsty!

An adorable video shows a sheepadoodle named Otis climbing over a man to get access to his wine glass. 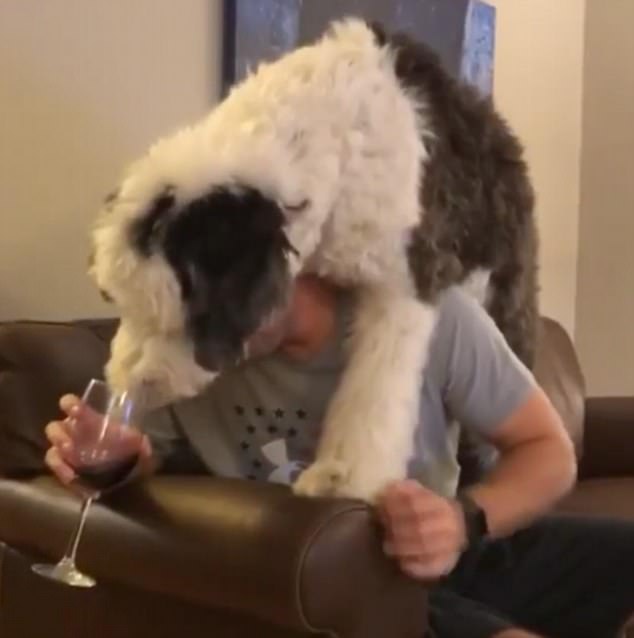 The big dog drapes his fluffy paws over the man’s shoulders and tries to get his mouth close enough to the glass to get a sip.

It appears that he gets a couple of licks in.

In the background of the video people can be heard laughing at Otis’s struggle.

The caption reads: ‘When you have complete control over your drinking habit #wineoclock.’

Another photo posted to Instagram shows Otis sipping on a beer on the Fourth of July. 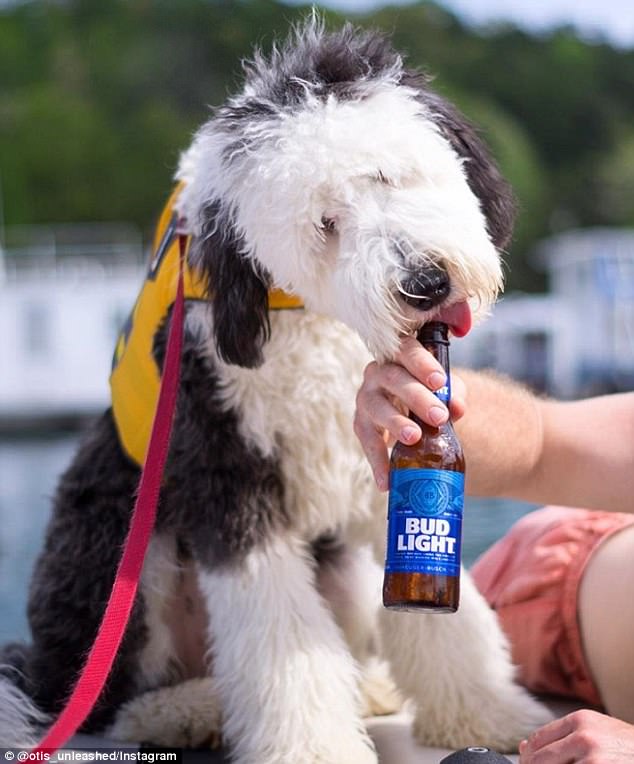 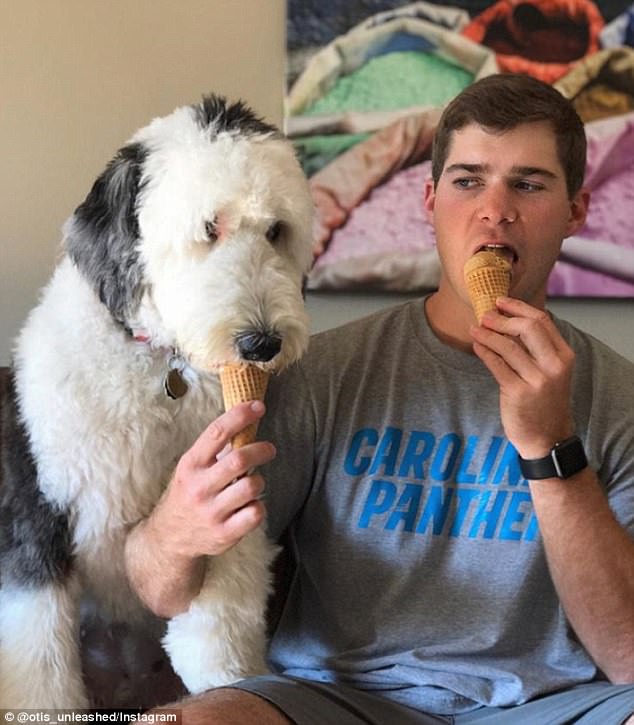 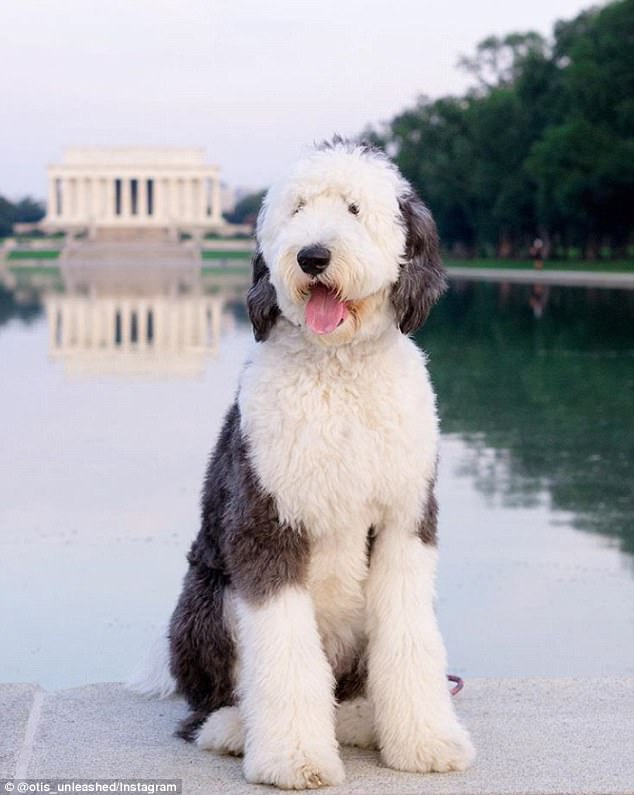 Otis is pictured on the National Mall in his hometown of Washington, DC 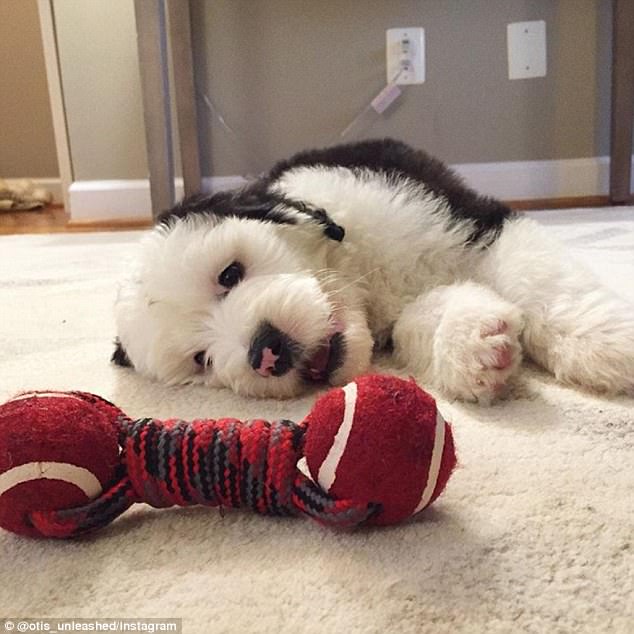 Puppy Otis is shown in one of his earliest Instagram posts