Dog owner, 72, ‘was killed by 27-year-old owner of husky that attacked his shih tzu while he was taking it for a walk’

A former Labour Party election agent collapsed and died after he was attacked while walking his dog.

Retired civil servant Ralph Baxter, 72, is believed to have been punched by a fellow dog walker after stepping in to protect his shih tzu, called Bertie, when it was attacked by the other man’s husky.

Mr Baxter stumbled the 400 yards back home to his wife Anne following the attack on a bridle path at the edge of their village, but collapsed in his front room from an apparent heart attack.

Yesterday a neighbour told how Mrs Baxter let out an ‘almighty scream’ when paramedics arrived at the cul-de-sac property and confirmed that Mr Baxter – who was awarded an MBE in the Queen’s Birthday Honours in 2007 for his public service – had died.

The neighbour, who asked not to be named, said: ‘Ralph was one of the best people on this earth. After the incident he came home and told Anne, “I’ve been attacked, I don’t feel good”.

‘Anne was making the dinner in the kitchen but by the time she had switched off the cooker and gone in to see him, he had collapsed.

‘It is a tragedy. He was such a lovely man who saw it as his duty to help whoever he could.’

A 27-year-old man was arrested on suspicion of murder following the incident on Wednesday afternoon. He remained in custody last night as police awaited the results of a post-mortem examination. 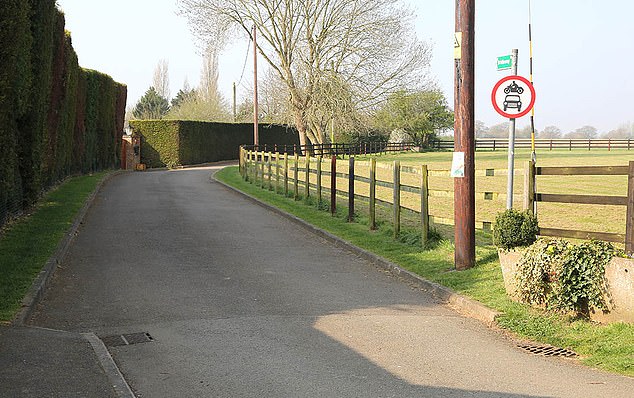 Ralph Baxter is believed to have been punched by a fellow dog walker on this very lane after stepping in to protect his dog, Bertie

The suspect was named locally as restaurant worker Ben Nesbitt, who lived a few streets from Mr Baxter in Roade, Northamptonshire. Villagers said he lived with his brother and sister, who is thought to own the husky, called Shadow.

One resident said: ‘The husky attacked the smaller dog and when Ralph intervened, the husky’s owner attacked him. I used to see him taking that dog up the road towards the fields virtually every day for their bit of exercise. It’s just awful.’

Mr Baxter worked for the Department of Work and Pensions for 43 years and was a well-known Labour trade union leader. In 2017, he acted as election agent for Sophie Johnson, who unsuccessfully stood against Tory MP Andrea Leadsom in South Northamptonshire.

Mrs Johnson described Mr Baxter, who had been in the Army before going into the Civil Service, as a substitute father figure and ‘one of the best friends that I ever had’.

She added: ‘Ralph was the most loyal person and would do anything for people he loved. 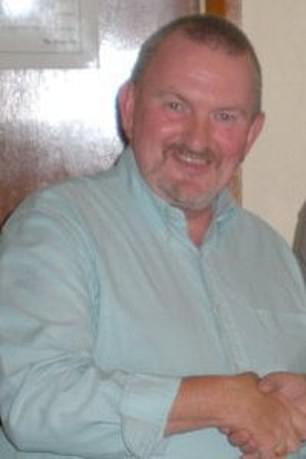 ‘Every time I spoke to him, it seemed like he had just been around to a neighbour’s house sorting out their plumbing or fixing up their loft.’ She said Mr Baxter bought Bertie as a puppy.

‘Ralph got Bertie with the idea that it would encourage him to get out and get more exercise. They had a great bond.’

‘I would appeal to anyone who saw what happened or who may have information about the incident to please come forward and help us.’