Dog pretends to eat imaginary treats given by its owner [video]

That’s one way to lose weight in the New Year! Dog pretends to eat imaginary treats given by its owner

This is the hilarious moment a dog pretended to eat imaginary treats from its owner.

Footage filmed in British Columbia, Canada, in January 2021, shows the dog opening its mouth and licking its lips as if chewing real food.

Its owner reaches towards the dog with ‘treats’ to see how the pooch will react. 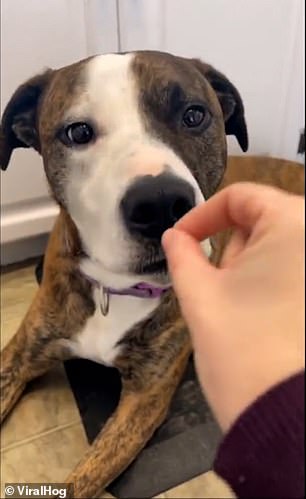 Footage filmed in British Columbia, Canada, in January 2021, shows the dog opening its mouth and licking its lips as if chewing real food

In the footage, the dog looks towards its owner as she holds out her hand.

She can be heard laughing with another person as she asks the pooch ‘what are you tasting?’

The dog seems to enjoy playing pretend as it pretends to chew. 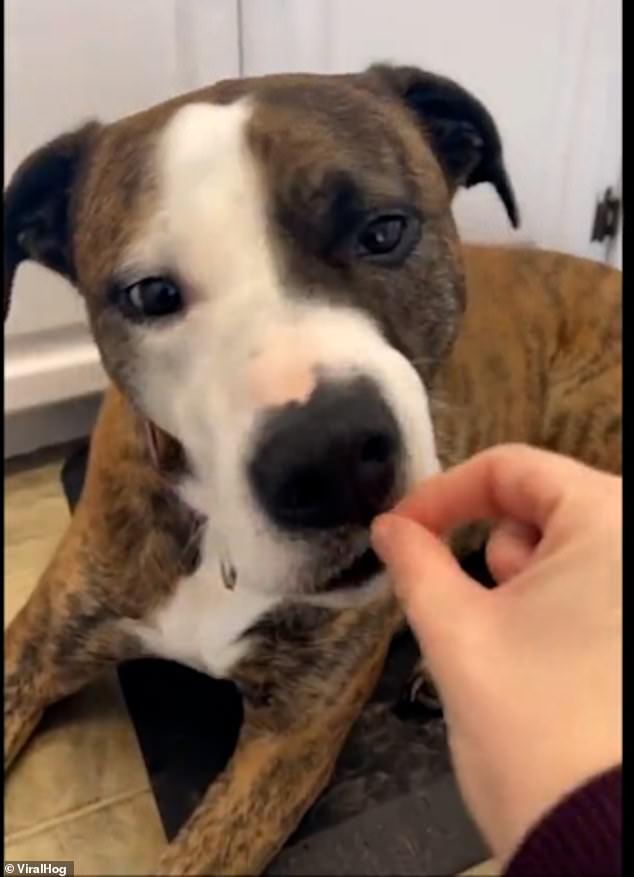 The dog opens and closes its mouth, seemingly enjoying playing pretend with their owner

Its owner was taking part in a TikTok challenge with her version of the video.

She said: ‘I saw a TikTok challenge to feed your dog imaginary treats and see their reaction, when I tried it my dog appeared to ‘play pretend’ and actually pretend to chew the fake treats.’

The dog reacted well to the challenge but many other pooches were shown appearing angry in TikToks as they realised their owners were not holding real treats.

But the video is not the first time a pooch has been captured being clever with their owner.

The pooch managed to play the xylophone and worked through complex games in the footage shared by his owner Emily Anderson, 30, a dog trainer from Aberdeen. 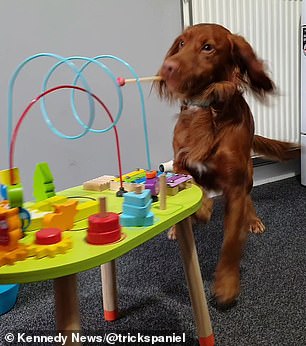 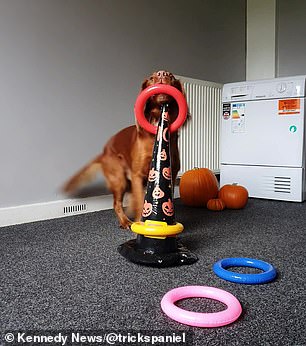