Party animal! Adorable dog sits up and nods its head with the music as little girl dances in front of the television

This is the adorable moment a French bulldog was seen shaking its body and nodding its head with a little girl at their grand-father’s house.

Gracie is seen striking fun moves with her black-and-white bulldog at her Mark Humpage’s home in Worcester.

In the hilarious clip, the smiley little girl gets up from the sofa and puts the family pet on the rug.

She then waves her arms in the air in time with the Shakin’ Stevens song Merry Christmas Everyone blaring from the television in front of them.

Gracie starts bouncing and kicking her legs behind her as the cute French Bulldog is seen rocking its body on the fluffy rug.

He sits on his back legs and nods his head in time with the Christmas classic, on November 21.

Gracie then enthusiastically holds one hand in the air as she tip toes on the spot and then moves around the living room.

Meanwhile the bulldog waves his head around and rocks on his carpet, with his front legs swinging to the music.

He jolts his speckled face in time with the song’s saxophone while Gracie screeches in glee.

She moves across the room while excitedly shaking her hips and making a sunrise motion with her arms as the beloved Bulldog kicks his back legs perfectly in sync with the music. 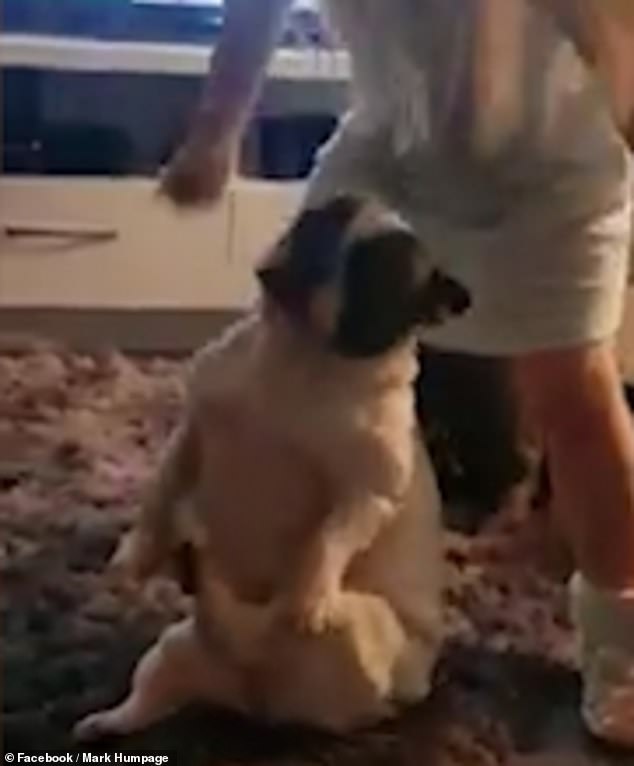 In another adorable video, Gracie makes her pet centre stage by standing behind and pointing at it. The cute dog performs its statement shaking dance move with impeccable timing once again.

The little girl, who is wearing a nightgown and fluffy slipper boots, points at her pet, makes a hip hop gesture, and performs a dance sequence to foreign music around it.

She alternates between sashaying on her pup’s left and right while the Bulldog lifts one of his legs in the air and wriggles about on the rug. 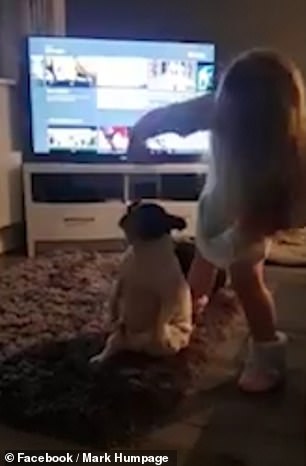 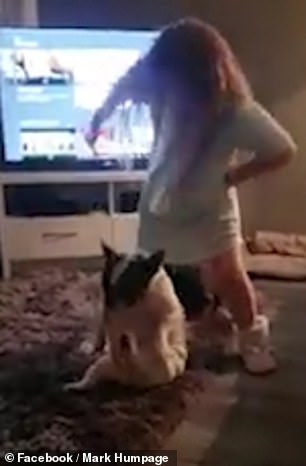 Both the clips have sent the internet into meltdown, with the Christmas one receiving 4.97k views and the playful has got a staggering 1.6m.

Maddie Lan wrote: ‘The dog is already used to her dancing! It looks like she’s having a happy and healthy childhood! Which is a reflection of family and parenting.’

Chloe Rebecca Morgan told her partner: ‘This is the only reason we would ever have a dog! You can only get one if it can do this.’

This is not the first time a French Bulldog has gone viral with killer dance moves as Lola was filmed twisting and turning in Philadelphia in 2017.